Close
The Donnas
from Palo Alto, CA
formed May 1, 1993 (age 27)
Biography
Aspiring to nothing more than a good old-fashioned rock roll party, the Donnas won a cult following and considerable media attention in the late '90s after scoring a record deal right out of high school. Early on, they were invariably described as "the Ramones meet the Runaways," with a definite emphasis on the former (they'd even adopted identical first names as a tribute). But their bratty high-school-delinquent image was clearly indebted to the latter, as their songs concerned themselves mostly with boys, booze, drugs, and hated classmates. As the Donnas grew up and polished their technical abilities, their music evolved into a distinctly female take on cock-rock metal, drawing more from AC/DC, Kiss, and Mötley Crüe than from punk. Some critics praised their cheerfully crude adoption of male sexual bravado; others complained that the band's music never transcended its vintage influences, and remained suspicious that their naughty-girl packaging was a bigger part of their appeal.

The Donnas were originally formed in May 1993, when all four members (all born in 1979) were still in the eighth grade together in Palo Alto, CA. Calling themselves Ragady Anne at first, they played covers of groups like R.E.M., L7, the Muffs, and Shonen Knife, and entered a junior-high battle of the bands just one month after forming. During high school, they kept practicing virtually every afternoon, and soon moved into riot grrrl territory with inspiration from bands like Bikini Kill and Bratmobile (though it was more musical than political). In early 1995, Ragady Anne released a 7" EP on the local Radio Trash label, but soon changed their name to the Electrocutes and adopted a trashy jailbait image and a loud-fast-rules aesthetic. They gigged around the Bay Area that year and were spotted by Darin Raffaelli, a onetime member of trash-punkers Supercharger and head of the small Radio X label. Raffaelli had written a cache of Ramones-style songs for a hypothetical girl band, and approached the Electrocutes about recording them.

Deciding that the songs didn't fit the Electrocutes' metal-queen style, the girls created Ramones-worshipping alter egos known as the Donnas, even going so far as to mock them in Electrocutes interviews as though they were different people. Thus, vocalist Brett Anderson, guitarist Allison Robertson, bassist Maya Ford, and drummer Torry Castellano became Donna A., Donna R., Donna F., and Donna C. Before 1995 was out, they played their first gig as the Donnas, and released their first single under that name on Radio X. Two more followed in 1996, the last one on Raffaelli's new imprint, Super*teem. Meanwhile, they hadn't yet abandoned their identity as the Electrocutes, and in fact recorded an album called Steal Yer Lunch Money during 1996; however, it wasn't released until three years later, when Sympathy for the Record Industry acquired the rights in the wake of the Donnas' eventual success.

In 1997, the Donnas recorded a self-titled debut album for Super*teem, using songs ghostwritten by Raffaelli. Critics charged that Raffaelli was acting as the band's Svengali, likening their relationship to that of Kim Fowley and the Runaways; both sides vehemently denied that was the case, and eventually severed their professional relationship to avoid fueling more speculation. Following the release of The Donnas, the group took a week off from its senior year of high school to tour Japan. After graduation, they postponed plans for college and accepted an offer to sign with Bay Area indie Lookout, the original home of Green Day. Their label debut, American Teenage Rock 'n' Roll Machine, was released in early 1998, and did feature some uncredited songwriting input from Raffaelli. The Donnas quickly became underground punk favorites, and even landed some attention from mainstream media like MTV.

The Donnas' third album, Get Skintight, appeared in 1999 and marked the first time the band composed its material with no outside assistance. A distinct hard rock influence began to creep into their compositions, underlined by their cover of Mötley Crüe's Too Fast for Love; they even opened a show for Cinderella. That year, they also appeared in the teen comedies #Jawbreaker and #Drive Me Crazy, the latter as the Electrocutes. In early 2001, the band issued The Donnas Turn 21, which continued their move away from punk and toward the hard rock mainstream of 15-20 years previous (this time the cover was Judas Priest's Living After Midnight). The album received some of their weakest reviews to date, generally from critics who felt that their party-hardy subject matter was starting to feel forced.

Nonetheless, the Donnas caught the attention of major label Atlantic, who signed them up in late 2001. Launched with a new wave of publicity, the Donnas' label debut, Spend the Night, arrived in 2002 and became their first album to break into the Top 100 of the pop charts. It also earned them their biggest radio hit to date in the single Take It Off, whose video also got some MTV airplay. In the summer of 2003, the Donnas played the main stage on the revived Lollapalooza tour. That September, after a full year and a half of touring and promoting, the girls took a break to rest up.

When the foursome reunited in 2004, they made a conscious decision to shake the Ramones comparisons by making a record that drew from their various other influences. They entered the studio with Butch Walker (Avril Lavigne, Injected) and created the highly polished and semi-poppy Gold Medal album, released in October that year. The following album found the group embracing their hair metal influences, resulting in a record heavier than their last, but cleaner than their early punk efforts. With the help of producer Jay Ruston (the Polyphonic Spree, Meat Loaf), they released Bitchin' on their own independent label, Purple Feather, in September 2007. ~ Steve Huey, Rovi 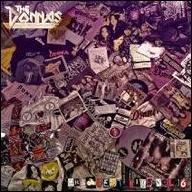 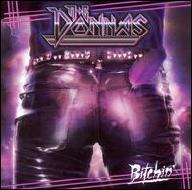 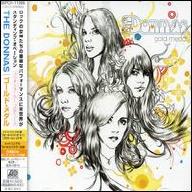 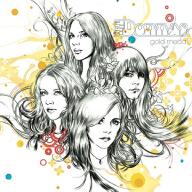 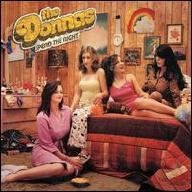 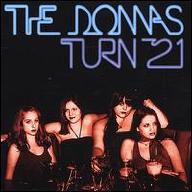 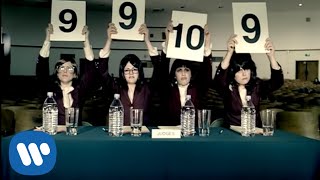 The Donnas - Take It Off (Official Video) 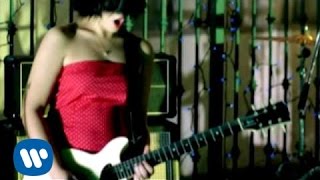 The Donnas - Who Invited You (Official Video) 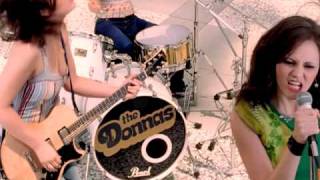 The Donnas - Too Bad About Your Girl (Official Video) 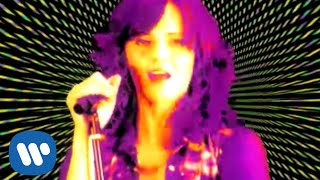 The Donnas - Fall Behind Me (Official Video) 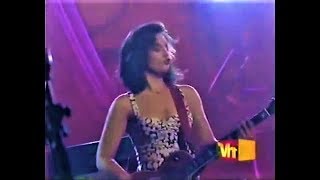 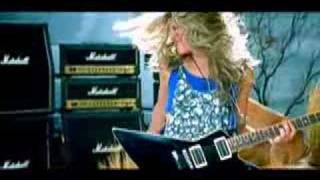 The Donnas - Don't Wait Up For Me 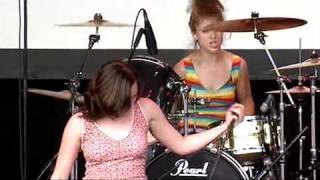 The Donnas - It`s On The Rocks
Available here: