Close
Chelsea
from London, England
formed January 1, 1976 (age 44)
Biography
Led by vocalist and frontman Gene October, Chelsea were one of the pioneering bands on the British punk scene, with a tough sound and a populist outlook typified in songs like "Right to Work" and "Urban Kids." Thanks to October's tenacity, they became an enduring presence in U.K. punk, and though the band sounded a bit faster and louder on latter-day albums like 2015's Saturday Night Sunday Morning and 2005's Faster, Cheaper Better Looking than on early efforts such as 1979's Chelsea and 1982's Evacuate (and October's voice showed signs of wear over time), their commitment to the essential rudiments of first-wave U.K. punk never wavered. Chelsea have gone through so many personnel changes that October himself probably has trouble sorting them out, but he's kept the band in front of audiences since the mid-'70s, with a pair of genuine pop stars (Billy Idol and Sting) briefly included in the lineup.

Based in London, Gene October formed the first edition of Chelsea in August 1976; he placed an ad in the U.K. music journal Melody Maker looking for musicians, and from the responses he came up with a line-up featuring William Broad on guitar, Tony James on bass, and John Towe on drums. In October 1976, they played their first gig, opening for Throbbing Gristle in London. Eager to create more opportunities for punk bands to play, October persuaded the management of a gay nightspot called Shageramas to book punk bands and change the venue's name to The Roxy. Chelsea would become frequent guests at The Roxy, but the first lineup quickly splintered, with Broad, James, and Towe striking out on their own. The three formed a new group, Generation X, with Broad taking on a stage name, Billy Idol, that would serve him well in the years to come.

Undaunted, October put together another Chelsea lineup, featuring guitarist Marty Stacey, bassist Bob Jessie, and drummer Carey Fortune; Stacey and Jessie didn't last long in the band, and were quickly replaced by Henry Daze (aka Henry Badowski) on bass and James Stevenson on guitar. This version of Chelsea lasted long enough to record the band's first single, 1977's anthemic "Right to Work," and the track was featured in Derek Jarman's film Jubilee, in which October appeared as an actor. Later in 1977, Chelsea's second single, "High Rise Living," arrived in shops, which documented yet another lineup shift, as Simon Cade Williams (aka Simon Vitesse) took over on bass. In August 1978, Chelsea released their third single, "Urban Kids," which was produced by former Who manager Kit Lambert. The single also unveiled another Chelsea lineup, with October and Stevenson now joined by guitarist Dave Martin, bassist Geoff Myles, and drummer Steve J. Jones.

By the end of 1978, Steve J. Jones dropped out and Chris Bashford took over on drums; this version of the band would cut Chelsea's self-titled debut album, and stay together for close to two years. The group toured extensively in 1979, opening a string of dates for the Clash and headlining shows with an up and coming act called the Police as their opening act. Chelsea dropped three singles in 1980 ("No Escape," "No-One's Coming Outside," and "Look at the Outside") before a mass exodus left October in need of a band; a short-lived ad hoc version of Chelsea toured the United States and appeared in the documentary Urgh! A Music War performing "I'm on Fire." In early 1981, Chelsea returned to the stage with October accompanied by Nic Austin and Stephen Corfield on guitars, Tim Griffin on bass, and Sol Mintz (aka Malcolm Asling) on drums. This edition of Chelsea cut a pair of singles, "Rockin' Horse" and "Freemans," but Griffin quit in September 1981. The group had a gig the next night, so October recruited a fill-in bassist -- Sting, a friend since the days when the Police opened for Chelsea. Sting was a bit too busy to join Chelsea full-time, and Paul Linc Lincoln signed on as bassist. After the departure of Stephen Corfield, Chelsea continued on as a quartet, and cut their second full-length album, 1982's Evacuate. By this time, U.K. punk was experiencing a revival of interest thanks to bands like the Anti-Nowhere League and the Exploited, and Chelsea found themselves eagerly embraced by fans of these gritty, no-frills acts. However, after a tour of the United States, tensions once again came to a head in the group, and Chelsea broke up at the end of 1982.

October briefly launched a solo career, releasing the singles "Suffering in the Land" (1983) and "Don't Quit" (1984), but by 1985 October had revived Chelsea, with a lineup featuring guitarists Tim Briffa and Phoenix, bassist Peter Dimmock, and drummer Geoff Colvill. This edition of the band cut the album Original Sinners, while Briffa and Colvill were out and guitarist Jonnie Dee, drummer Mark Rathbone, and guitarist Wally Grip were in when Rocks Off arrived in 1986. October practically started from scratch for 1989's Underwraps; only Wally Grip remained, with guitarist Steve Tannett and drummer Jamie Abethell making their debuts and Paul Lincoln returning on bass. (Former Clash drummer Topper Headon appeared on one track.) Lincoln was out by 1992, when Chelsea released The Alternative, produced by Dave Goodman (best known for his work with the Sex Pistols), but another former member, guitarist Nic Austin, returned to the fold, with Mat Sargent on bass and Stuart Soulsby on drums rounding out this edition of the group. Chelsea toured Europe and the U.K. in support, with additional guitarist Rob Miller filling out their sound. Goodman was also at the controls for 1996's Traitors Gate, which in its original version featured the severed heads of several noted rock stars impaled on spikes, including one-time band member Billy Idol and friend Sting. (Most copies of the album censored the potentially offensive images.) Between the release of those two albums, October found time to write and record a solo album, 1995's Life and Struggle.

In 1999, Gene October reunited the Chelsea lineup that recorded their debut album -- James Stevenson, Dave Martin, Geoff Myles, and Chris Bashford -- for an American concert tour. This version of the band also played a few festival and club dates in the U.K. in 2000 and 2001, while they later did a string of European dates with bassist Tony Barber of the Buzzcocks standing in for Myles. Stevenson, Barber, and Bashford joined October in the studio to cut 2005's Faster, Cheaper, Better Looking. Chelsea hit the road again in 2011 with October and Stevenson aided by two returning veterans of the group, Nic Austin and Mat Sargent, as well as drummer Lee Morrell. The group took a fresh batch of songs into the studio to cut 2015's Saturday Night Sunday Morning, and remarkably enough, the same lineup was still intact for 2017's Mission Impossible. ~ Mark Deming, Rovi 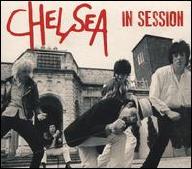 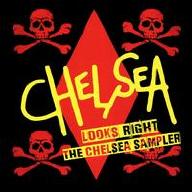 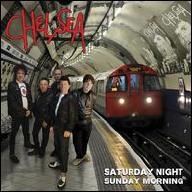 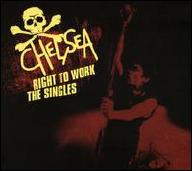 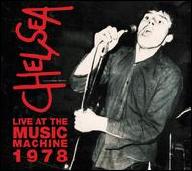 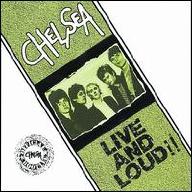 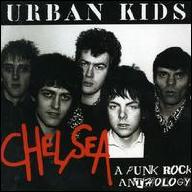 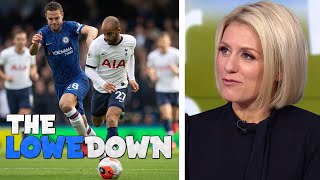 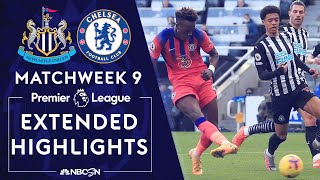 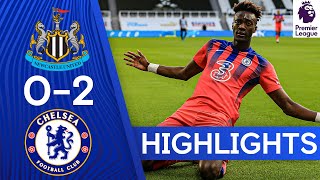 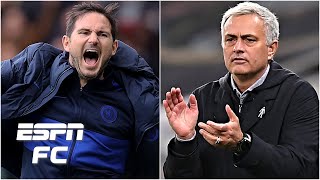 Chelsea or Tottenham Hotspur: Which side is more likely to win the EPL? | ESPN FC Extra Time 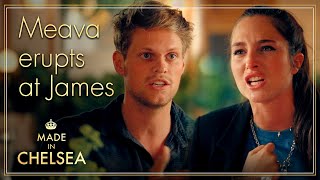 Maeva ERUPTS at James | Made in Chelsea 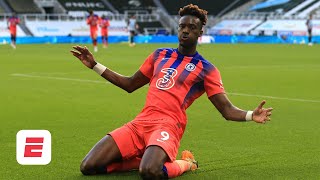