Close
Bill Nelson
from Wakefield, England
December 18, 1948 (age 72)
Biography
Bill Nelson is both an enigma and a highly public person whose motivations sometimes seem shrouded, yet whose at-times prodigious output amounts to public development of song ideas and musical experiments. He has been both a guitar hero and the background figure in any number of art installations, exhibitions, and theatrical presentations. While difficult for record company executives to grasp and often obscure to the general public, Nelson has nonetheless built up a strong and loyal fan base around the world.

Nelson was born in the West Riding of Yorkshire, in the semi-industrial town of Wakefield, showing a talent for art and design and a passion for science fiction. His father, saxophonist Walter Nelson, was the leader of a dance band, and his mother, Jean, had once performed as part of a dance troupe, so music permeated the household. Nelson's brother, Ian, was also a saxophonist, while several close relatives were expert musicians. Even so, Nelson never learned to read music, and was relatively late coming to guitar -- he was well into his teens before his father bought him the Gibson ES345 that eventually became his trademark. His early influences included Duane Eddy, as well as the icon of every budding English guitarist of the early '60s, Hank Marvin of the Shadows ("The Passion," included on The Two-Fold Aspect of Everything, is a veritable chronicle of Marvin's influence). Later influences included Jimi Hendrix, for whom Nelson wrote "Crying to the Sky," a Be Bop Deluxe song.

He went through a relatively normal process of education at Wakefield schools, eventually attending the Wakefield College of Art, where he was able to pursue his painting and graphics interests, as well as his fascination with Jean Cocteau. On the musical side of his life, he was involved with several unrecorded bands. The first known Nelson recordings are of a three-piece band called Global Village, who cut three covers for an EP and dissolved in 1968. Nelson also played on sessions at the Holyground recording studio, various tracks of which later resurfaced, though Nelson was dismissive of his participation. Around that time he married for the first time, becoming a Pentecostal Christian and joining a church group called the Messengers, who later changed their name to Gentle Revolution. The marriage resulted in the 1970 birth of Julia Nelson.

Nelson's career began in earnest with the recording and release of a solo album, Northern Dream, which was financed by the owner of the Record Bar, a local Wakefield record store. The initial pressing was limited to 250 copies (it went on to be reissued several times, much to Nelson's frustration; he never received royalties from the record), one of which found its way to influential BBC disc jockey John Peel. Peel took an immediate liking to the record, playing cuts from it on a regular basis, with the result that executives from EMI's Harvest label contacted Nelson with the intention of having him record for the label, possibly with a remake of Northern Dream.

Nelson had different ideas by this point, however, and had assembled the first version of Be Bop Deluxe, featuring fellow Gentle Revolution member Richard Brown (keyboards), Ian Parkin (guitar), Rob Bryan (bass), and Nicholas Chatterton-Dew (drums). Brown left before the band went into the studio. A single, "Teenage Archangel"/"Jets at Dawn," was recorded and sold at concerts just before the EMI deal was finalized. Nelson broke the band up after recording 1974's Axe Victim, when EMI expressed dissatisfaction with the abilities of the other members. Nelson briefly worked with Paul Jeffreys and Milton Reame-James, formerly of Cockney Rebel, bringing drummer Simon Fox into the band. Bassist Charles Tumahai was the next addition, with the trio going on to record Futurama. Keyboardist Andy Clark was the final addition to the group, which remained together until the recording of Drastic Plastic in 1978. By that time the mantle of guitar hero was beginning to weigh heavily on Nelson, and he was intent on expanding his horizons. The band had quickly developed a reputation for quirky songs and musical pyrotechnics, facets demonstrated both in the studio and in a live context -- Live! In the Air Age remains a brilliant document of a great live band. During this period Nelson divorced his first wife, Shirley, and married his second, Jan, for whom he wrote a great deal of music; he also used her as a model for much of his art.

Red Noise was the next phase of Nelson's plan for life, originally intended to begin with Drastic Plastic -- never the same thing twice, in either musicians or styles. Sound on Sound was a fluid document that demonstrated Nelson's ability to experiment, though at the cost of jarring both the audience and the record company. EMI, looking for moneymakers and easy understanding, dropped Nelson. A second Red Noise album had been finished, but was never released in its original form.

Abandoning the Red Noise experiment, Nelson reworked the album and released Quit Dreaming and Get on the Beam via Mercury Records. In its original format, the album came with a bonus disc, a full-length album of ambient sketches recorded in his home studio, released as Sounding the Ritual Echo (the album was later issued by itself). Quit Dreaming and Get on the Beam landed in the Top Ten in the U.K., a feat repeated by The Love That Whirls (Diary of a Thinking Heart), which also included a bonus album (this time La Belle et La Bete, a theater soundtrack recording) and the single "Flaming Desire." This period proved to be the commercial peak of Nelson's career. Chimera, an EP, failed to generate much interest (it was released with additional cuts in the U.S., under the title of Vistamix) and a subsequent deal with CBS/Epic led only to strained relations and a confused release; the U.K. Getting the Holy Ghost Across was altered, resequenced, and released in the U.S. as On a Blue Wing. For Nelson, the main advantage of the deal was that he was able to completely rebuild his home studio, providing him with the facility to experiment more and more. That resulted in the first Orchestra Arcana album, which combined synthesized soundscapes with soundbytes and tape loops. The name originated as a result of a clause in Nelson's CBS contract that forbade him to release his experimental material under his own name.

Nelson started Cocteau Records in 1981, partnering with his then-manager, Mark Rye. The original intention, soon lost, had been for the label to release Nelson's instrumental and experimental work, as well as a variety of other interesting artists. Of the people Nelson worked with, only A Flock of Seagulls amounted to much more than a footnote. In the end, the focus remained squarely on the release of Nelson's material across the board -- a sometimes bewildering array of titles, including the four-LP box set Trial by Intimacy (The Book of Splendours). Nelson also worked with many others, including Gary Numan, Yellow Magic Orchestra, and Harold Budd.

Following the expiration of the CBS deal, Nelson signed to Enigma Records in the U.S., resulting in the American release of just about everything in his catalog bar Northern Dream and the CBS titles, with new titles including the two-LP-plus-one-7"-EP set Chance Encounters in the Garden of Lights, and an outing under the Orchestra Arcana name, Optimism. Enigma, however, was in the process of sinking from sight, with the result that most of the titles received poor distribution and one, Simplex, never received an official release (at one point, Nelson's ex-manager was selling copies by mail order). Between 1988 and 1991, Nelson was hit with tax bills, a separation and, eventually, a divorce, the collapse of Enigma, and a protracted battle with his ex-manager over the rights to his back catalog.

While the various wrangles somewhat derailed Nelson personally, nothing seemed to slow him down when it came to productivity. The separation from his second wife resulted in the four-disc Demonstrations of Affection, as well as a backlog of recorded material released piecemeal on such sets as My Secret Studio and Confessions of a Hyperdreamer. Nelson had continued refining his writing and recording process, coming to the point that entire songs could be composed and recorded in a two-hour session, a speed of production that rivaled that of Steve Allen. In the course of wooing of his third wife, Emiko, Nelson wrote and produced between 100 and 150 new songs in the space of a year, sending them to her on cassette.

Working as hard as ever into the '90s, Nelson continued to produce and collaborate with other artists, facilitated by new management. His solo output became somewhat sporadic, with Luminous appearing in 1991 and several other albums, each on different labels, appearing in the several years afterwards. It steadied with the limited-edition releases of My Secret Studio and Confessions of a Hyperdreamer, totaling six full CDs of songs, instrumentals, and sonic experiments in 1996 and 1997. Practically Wired...Or How I Became Guitarboy became his first guitar instrumental album, while After the Satellite Sings both experimented with the new territory of drum'n'bass and reflected the kind of styles Nelson had eschewed as being too evocative of Be Bop Deluxe and his guitar hero days.

He has also worked on film, television, and video scores, directed a variety of videos, toured as part of Heroes de Lumiere with his brother Ian, and worked with Roger Eno, Laraaji, and Kate St. John under the Channel Light Vessel name. He formed a revamped Be Bop Deluxe (only to dissolve again when financial backing evaporated), performed as part of the Japanese group Culturemix, and married for the third time (to Emiko Takahashi). In the meantime, he became a big name in Japan, and recovered the majority of his work from former manager Mark Rye. Nelson also created the label Populuxe, which set up distribution arrangements with Robert Fripp's Discipline Global Mobile (DGM) operation with a goal to reissue the majority of Nelson's solo material, interspersed with regular new material. The latter included 1997's Magnificent Dream People and Weird Critters and 1998's Atom Shop before he moved on to other imprints.

His releases in the 2000s included the six-disc Noise Candy on the Tone Swoon label. On his Sonoluxe imprint, he issued the concept album Alchemical Adventures Sailor Bill in 2005, followed by the instrumental companion work Neptune's Galaxy. Return to Jazz of Lights, the improvisatory And We Fell Into a Dream, and the keyboard-centric Theatre of Falling Leaves were among over a dozen more releases from 2005 to 2009. With a DVD in mind, Bill Nelson the Gentlemen Rocketeers recorded Live in Concert at Metropolis Studios, London in 2011. The audio and video releases saw distribution in 2012. In 2013, Nelson began uploading selections of his back catalog to Bandcamp for digital download, and a year later, he revealed that he had lost hearing in one ear. While it temporarily halted his live performances, he said it wouldn't interfere with recording. Sure enough, he continued to release albums at the pace of several a year, including New Northern Dream in 2016 and Luxury Wonder Moments in 2017. ~ Steven McDonald, Rovi 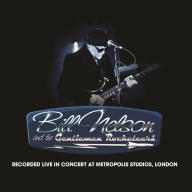 The Practice of Everyday Life: Celebrating 40 Years of Recordings
2011 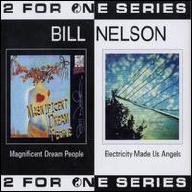 Magnificent Dream People/Electricity Made Us
2003 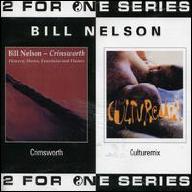 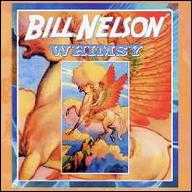 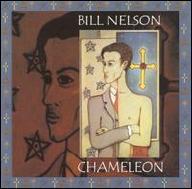 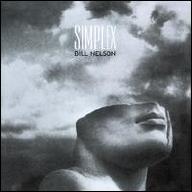 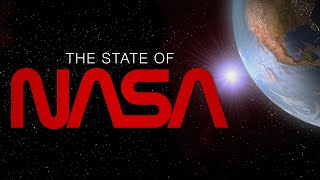 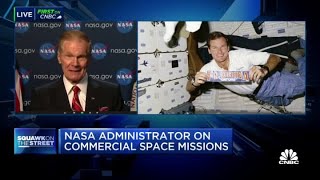 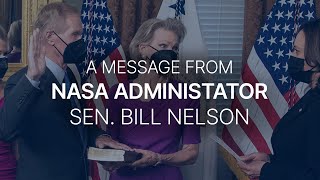 A Message from NASA Administrator Sen. Bill Nelson to the NASA Workforce 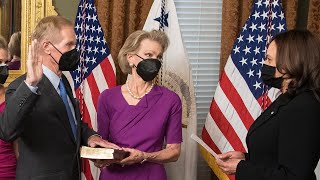 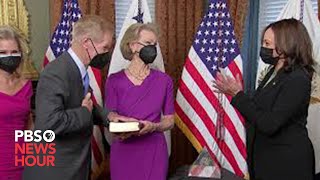 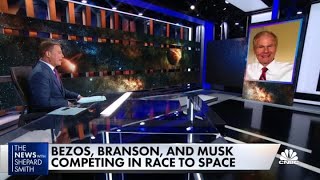 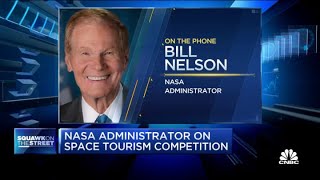