Close
Aubrey Mayhew
Biography
Producer Aubrey Mayhew was the driving force behind Little Darlin' Records, the renegade Nashville independent that issued a series of cult-classic country hits including Johnny Paycheck's (Pardon Me) I've Got Someone to Kill, Stonewall Jackson's The Pint of No Return, and Groovy Joe Poovey's He's in a Hurry (To Get Home to My Wife). Mayhew was also one of the world's foremost collectors of John F. Kennedy memorabilia, even acquiring the Texas School Book Depository, the downtown Dallas building from which assassin Lee Harvey Oswald fired the gunshots that claimed the 35th president's life. Born in Washington, D.C., in 1927, Mayhew entered the music business in 1946 following a stint in the U.S. Army. He initially worked as a booker before signing on as director of Boston radio station WCOP's Hayloft Jamboree, bringing myriad country musicians to the New England area for the first time in their careers. Among them was singer Elton Britt, and when Britt ran for the U.S. presidency as an independent Democratic candidate, Mayhew managed his campaign. (Kennedy ultimately claimed the presidency, of course.)

After the Britt campaign ran its course, Mayhew joined the staff of New York City-based budget label Pickwick Records. Mayhew was in Houston on November 22, 1963, the day Kennedy was killed less than 250 miles away, and the tragedy's impact on his life and his career proved enormous. "[I was] trying to buy some George Jones tapes from [Starday Records co-founder] Pappy Daily when the assassination happened right there on television," Mayhew later recalled. "I immediately called a friend, who brought over two tape recorders and all the tape he could carry. We recorded everything off the television for about 12 hours. I rushed the material back to New York, and we put out the first Kennedy Speeches album. At that time, we had 300 Woolworth stores in our pocket. We got prime display. We sold about three million albums in four months."

Mayhew leveraged the massive success of Pickwick's Kennedy memorial series to steer Pickwick into the country music market, and upon learning of a down-on-his-luck honky tonk singer named Donald Lytle, he traveled to Nashville, and found Lytle sleeping under the Shelby Street Bridge. Mayhew renamed him Johnny Paycheck (borrowing the moniker from Johnny Paychek, a boxer who battled world heavyweight champion Joe Louis in 1940) and in 1965 Pickwick released the single The Girl They Talk About. The record generated sufficient airplay to support a second effort, and Mayhew recruited George Jones' backing band to support Paycheck on the Buck Owens cover A-11 -- the single cracked the country Top 40, as did its follow-up, Heartbreak Tennessee. Paycheck's success prompted Mayhew to quit Pickwick in favor of relocating to Nashville, where he and Paycheck co-founded Little Darlin' in 1966. Renowned steel guitarist Lloyd Green, who backed Paycheck on many of his most memorable Little Darlin' sessions, later recalled that on Mayhew's arrival in Music City, he carried a velvet-lined attaché case stuffed with gold coins. "I drove him to a house, and he got out of the car and went in," Green said. "When he came out, he didn't have the case but he had a leather pouch with $25,000 in $100 bills. He said "This is what starts Little Darlin' Records, right here."

Mayhew stridently rejected the lush, string-sweetened Nashville sound dominant across country radio in the mid- to late '60s, instead instilling Little Darlin' with a gritty, aggressive sound distinguished by hard-edged vocals, percolating rhythms, and Green's shrieking steel solos. Paycheck enjoyed a series of Top 40 hits in the months to follow, including Motel Time Again, Jukebox Charlie, The Cave, and Don't Monkey with Another Monkey's Monkey, while efforts like (Pardon Me) I've Got Someone to Kill guaranteed Little Darlin' immortality among critics and Nashville historians. "I didn't want to do what anybody else was doing, so we came up with the most extreme things we could," Mayhew later explained. In addition to the Paycheck catalog, Little Darlin' issued releases headlined by artists including Jeannie C. Riley and Bobby Helms. In 1967, Mayhew sought out legendary bluesman Lightnin' Hopkins in Houston, recording several studio and live sessions later issued as The Lost Texas Tapes. However, as the decade drew to a close, Paycheck's long battle with drugs and alcohol grew untenable, and he left the label. Mayhew soon folded Little Darlin' and launched a new imprint, Certron, best remembered for the 1970 single Burning Bridges, performed by Hollywood superstar Clint Eastwood and featured in his film #Kelly's Heroes.

That same year, Mayhew acquired the Texas School Book Depository for $600,000, announcing plans to transform the site into a museum. He failed to retain ownership of the property, but claimed he removed the historic sixth-floor window through which Oswald, at the time working as a holiday-rush temporary employee at the building, fired his rifle at the Kennedy motorcade as it made its way through Dealey Plaza. (The window's authenticity is nevertheless disputed by Caruth Byrd, son of the late Colonel D. Harold Byrd, who owned the book depository building at the time of Kennedy's murder -- in 2007, Caruth Byrd attempted to sell online what he contended was the true sixth-floor window, resulting in a court case that continues as of this writing.) For a time, Mayhew owned and operated a Kennedy-themed museum on Nashville's Music Row, and over the years he assembled a JFK collection encompassing more than 300,000 artifacts. He also held on to close to 5,000 unreleased Little Darlin' sides, and in 2005 Koch Records issued a series of acclaimed retrospectives spotlighting the label's output. Mayhew died March 22, 2009, in a Nashville hospice care facility at the age of 81. ~ Jason Ankeny, Rovi 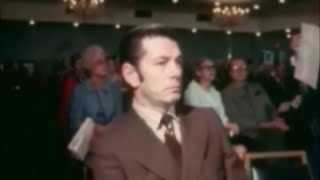 J. Paycheck & M. Evans - Right Back Where We Parted 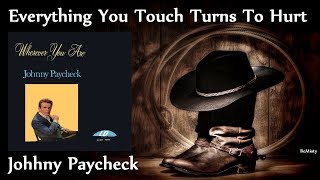 Johnny Paycheck - Everything You Touch Turns To Hurt 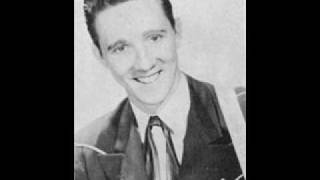 Johnny Paycheck - Don't You Say Nothin' At All 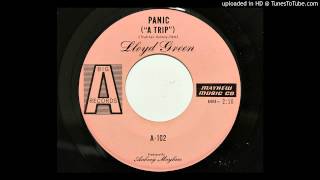 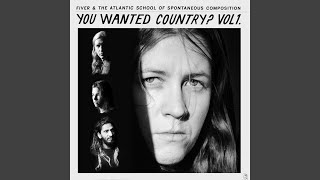 [It Won’t Be Long] And I’ll Be Hating You
Available here: