Close
Jimmy Cobb
from Washington, DC
January 20, 1929 - May 24, 2020 (age 91)
Biography
A highly adept jazz drummer and NEA Jazz Master, Jimmy Cobb initially rose to fame in the hard bop era of the 1950s, balancing a powerful, swinging style and a deep sensitivity for group dynamics. It was a style Cobb first displayed as a sideman with Dinah Washington and Cannonball Adderley before gaining wide recognition as a member of Miles Davis' group, playing on the classic 1959 album Kind of Blue. After leaving Davis, Cobb co-led a trio in the '60s with pianist Wynton Kelly and bassist Paul Chambers, and over the years he worked with such luminaries as Sarah Vaughan, Hank Jones, Ron Carter, David Fathead Newman, Nancy Wilson, Dave Holland, and many others. While he did not record as a leader until late into his career, he issued a handful of vibrant small-group sessions, including 2003's Cobb's Groove, 2007's Cobb's Corner, and 2014's The Original Mob.

Born Wilbur James Cobb in 1929, he grew up in Washington, D.C., where he bought his first drum set at age 13 with money earned from his job as a busboy at a drugstore lunch counter. Largely self-taught, he did briefly take lessons with National Symphony percussionist Jack Dennett before playing professionally. Exposed to the music of Billy Eckstine, Cobb developed a love of jazz, and was soon drawing inspiration from drummers like Max Roach, Kenny Clarke, Big Sid Catlett, and others. Work followed in the D.C. area, including shows with Leo Parker, Benny Golson, Billie Holiday, Pearl Bailey, and others. At age 21, Cobb relocated to New York City, where he spent time in Earl Bostic's band before landing a spot backing vocalist Dinah Washington. Following three years with Washington, he joined saxophonist Cannonball Adderley and cornet player Nat Adderley's quintet, appearing on albums like 1957's Sophisticated Swing and 1958's Sharpshooters. There were also dates with Stan Getz, Dizzy Gillespie, and Latin percussionist and bandleader Tito Puente.

It was from his association with Adderley that Cobb joined Miles Davis' group in the late '50s. He had previously played alongside Davis in the Symphony Sid all-stars, but was officially asked to join Davis' group as a replacement for Philly Joe Jones during the sessions for Porgy and Bess. Cobb also appeared with Davis on Adderley's 1958 date Somethin' Else. It was with Davis that Cobb gained his widest fame playing alongside Adderley, John Coltrane, Bill Evans, Paul Chambers, and Wynton Kelly in 1959 on the trumpeter's landmark album Kind of Blue. Arguably the most influential and well-known jazz recording in history, Kind of Blue garnered widespread attention for Davis' use of modal jazz compositions, influenced by the work of George Russell. Several more albums followed with Davis, including the Grammy-winning Sketches of Spain, Someday My Prince Will Come, Live at Carnegie Hall, and In Person: Friday Night at the Blackhawk. While with Davis, Cobb also recorded with Freddie Hubbard, Art Pepper, Mark Murphy, and many more.

By the early '60s, Cobb had left the Davis band, working instead with fellow Davis rhythm section alum Wynton Kelly. Together, they played as a trio with bassist Paul Chambers, backing Wes Montgomery, J.J. Johnson, and Joe Henderson. As a trio, they also issued a handful of albums including 1964's It's All Right, 1965's Blues on Purpose, and 1967's Full View, ultimately parting ways after Chambers' death in 1969. In 1970, Cobb joined Sarah Vaughan's band, spending nine years with the singer. He also continued his extensive freelance career, playing with such luminaries as Sonny Stitt, Hank Jones, Ron Carter, Fathead Newman, Nancy Wilson, Dave Holland, and many others. It was not until the '90s that Cobb issued any albums under his own name, debuting alongside vocalist Ada Montellanico with 1994's Encounter. Only for the Pure of Heart followed in 1998 and featured the drummer's group with pianist Richard Wyands, guitarist Peter Bernstein, and bassist John Webber.

In 2002, Cobb paid homage to former boss Davis with Four Generations of Miles: A Live Tribute to Miles, which featured appearances by former members of the trumpeter's various ensembles including guitarist Mike Stern, bassist Ron Carter, and saxophonist George Coleman. Cobb's Groove arrived the following year, and included pianist Wyands, bassist Webber, and guest saxophonist Eric Alexander. The drummer was also the focus of his own tribute album, 2006's Marsalis Music Honors Series: Jimmy Cobb, which found Cobb playing many of his original compositions with pianist Ellis Marsalis, saxophonist Andrew Speight, and bassist Orlando Le Fleming. Also that year, he joined bassist Christian McBride for New York Time. The quartet date Cobb's Corner arrived in 2007 and featured trumpeter Roy Hargrove, who was also on board for Cobb's 2009 album Jazz in the Key of Blue, which arrived on the heels of the drummer being named an NEA Jazz Master.

Along with performing, Cobb moved into education, teaching master classes at such esteemed institutions as the Stanford University Jazz Workshop, Parsons: The New School for Jazz and Contemporary Music in New York City, the Brooklyn-Queens Conservatory of Music. Following sessions for Peter Bernstein, Federico Bonifazi, Steve Grossman, and others, he returned to his own work in 2014, issuing the Smoke Session The Original Mob with guitarist Bernstein, pianist Brad Mehldau, and bassist Webber. A second Smoke Session followed in 2019 with This I Dig of You. That same year, the drummer paired with German harmonica virtuoso Hendrik Meurkens for Cobb's Pocket. Jimmy Cobb died at his home in New York City on May 24, 2020, after a battle with lung cancer. He was 91 years old. ~ Matt Collar, Rovi 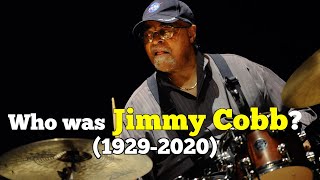 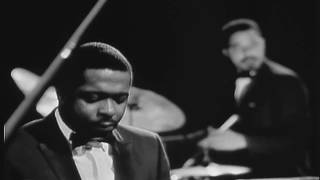 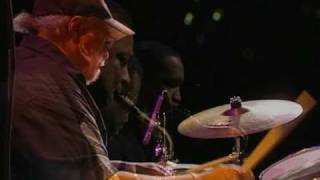 Jimmy Cobb's So What Band - All Blues - Bridgestone Music Festival '09 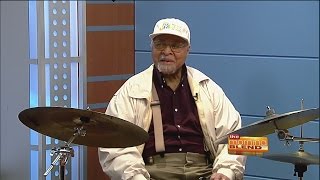 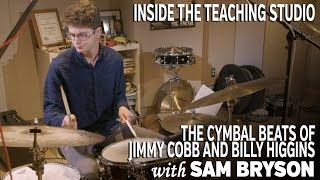 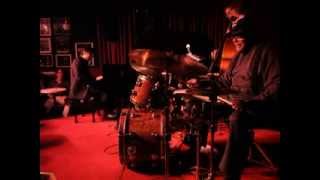