Close
Cliff Gallup
June 17, 1930 - October 9, 1988 (age 58)
Biography
Cliff Gallup was the original lead guitarist in Gene Vincent's Blue Caps. His stint in the band was brief, encompassing much of 1956 and about 35 tracks in the studio. Yet in that short burst of time, he established himself as one of the greatest guitarists in early rock & roll, and certainly one of the greatest rockabilly guitarists ever. His name is not well-known to the public because he was a sideman to Vincent, the main star. Most rock fans have heard his riffs on Be-Bop-A-Lula, if nothing else, and his speed and dexterous imagination on numerous other early Vincent tracks still dazzle.

Gallup might still be unknown today had not Sheriff Tex Davis, a DJ in Norfolk, Virginia, gotten involved with managing Vincent in early 1956, after noticing his popular radio performances. Davis assembled a band from local musicians, including Cliff Gallup, who was picked as lead guitarist. The story goes that when Vincent and the Blue Caps went to Nashville for their first session in May 1956, producer Ken Nelson had arranged to have top session musicians standing by in case the band wasn't up to par. But, goes the legend, as soon as Gallup ripped into the lightning solos on Race with the Devil, they knew they wouldn't be needed. Be-Bop-A-Lula and Race with the Devil were among the songs recorded at this initial session, and both had solos that showcased Gallup's slithery tone, quick hands, and knack for wildly imaginative, unexpected notes that fit.

Be-Bop-A-Lula was the only big hit Vincent cut while Gallup was still in the band, and the guitarist's talent was to some extent squandered when the band covered a bunch of pop standards on their second round of sessions in June. However, there were still a number of opportunities for Gallup to strut his stuff on uptempo rockabilly cuts, like Bluejean Bop, Jumps, Giggles and Shouts, and Jump Back, Honey, Jump Back. With Be-Bop-A-Lula a big hit, the Blue Caps hit the road, with Gallup initially in tow. Gallup, however, was already 26 and married, and didn't enjoy touring. He gave his notice in the fall.

Fortunately, Ken Nelson asked Gallup to come to Nashville for another round of sessions in October, and the guitarist played lead, although he was technically no longer in the band. These sessions produced more than a dozen tracks which rate with Vincent's finest work, although they're relatively undiscovered by the public. Cruisin' has a sensational skittering lead, and is a blueprint for the Stray Cats' arrangements; Cat Man shows Gallup's ability to leap from aggressive high tones to growling, sinister low ones; and B-I-Bickey-Bi, Bo-Bo Go, Five Feet of Lovin', and You Better Believe are all great cuts on which Gallup, Vincent, and the band crackle with rockabilly exuberance. Still, these would be the last Vincent tracks on which Gallup would appear. As a partial consequence of Gallup's absence, Vincent's own style would veer toward the softer and less exciting after 1956. In addition to his skill as a picker, Gallup was at the cutting-edge of mid-'50s technology. He played his Gretsch guitar with a Fender Tweed amplifier, and produced the reverb that has come to be associated with much classic rockabilly by using echo units he constructed himself from parts from old tape recorders. He used a flat pick in conjunction with fingerpicks on his middle and ring fingers, using his little finger to work the vibrato bar. It is amazing that a guitarist of Gallup's phenomenal abilities had not recorded before 1956. It is also amazing, and disappointing, that Gallup became so obscure after 1956; surely he had enough chops and inventiveness to thrive as a session player in Nashville or Los Angeles, had he so chosen.

Gallup did say that after he left the Blue Caps, Ken Nelson had offered him a good contract, but Cliff turned it down. He did make a solo album for the local Pussy Cat label in Norfolk, Straight Down the Middle, in the mid-'60s. According to the liner notes for Vincent's The Capitol Years '56-'63 box set, this contained "a combination of supper club and country music instrumentals but included a few songs associated with Gene, including 'Be-Bop-A-Lula.' Cliff's style had mellowed by then but was still equally as ingenious." At the time of his death from a heart attack in 1988, he was the Director of Maintenance and Transportation for his regional school system. Gallup's playing, however, influenced numerous subsequent guitarists, particularly Jeff Beck (listen to the Yardbirds' Jeff's Boogie), who made an album-length tribute to Gallup in 1993, Crazy Legs. ~ Richie Unterberger, Rovi 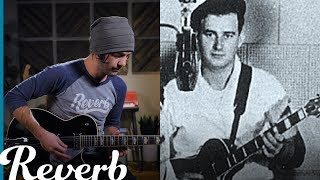 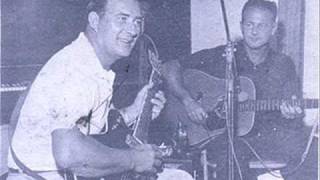 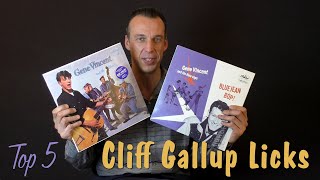 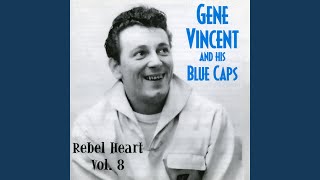 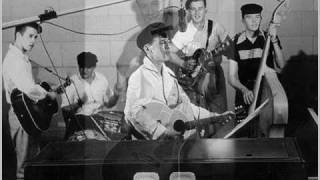 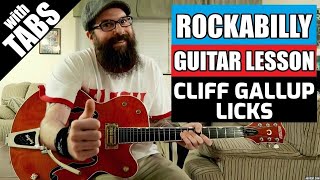 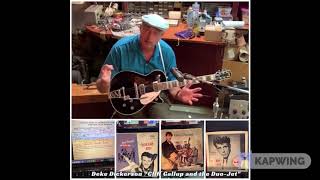