Close
Heitor Villa-Lobos
from Rio De Janeiro, Brazil
March 5, 1887 - November 17, 1959 (age 72)
Biography
As a young man, Heitor Villa-Lobos packed his cello on his back and headed into the wilds of Brazil. In the spirit of Bartók and Kodaly in Eastern Europe, he was in search of the native song of his homeland; like those composers, he found it, studied it, and absorbed its essential qualities. Equally important to the young composer was the music of J.S. Bach; in the blending of these two influences, Villa-Lobos created a distinctive, very personal musical vocabulary. His music was further colored by a love for both Puccini and Wagner as well as an interest in the music of certain of his contemporaries, including Stravinsky and Debussy. Incredibly prolific and versatile, Villa-Lobos explored the complete spectrum of musical genres-producing efforts diverse as a Broadway musical and a harmonica concerto--though only a few of his compositions remain well-known to the musical public.

His father fashioned a cello out of a viola for the young Heitor, who often listened to street musicians playing outside his window. At the age of twelve his father died and his mother forbade him to play the piano. The resourceful young man borrowed a guitar from a friend, taught himself to play it, and began a relationship that resulted in a body of music that is a cornerstone of the repertoire for that instrument. Not only have the Studies (1929) and Preludes (1940) become standard fare for guitarists, but the Guitar Concerto (1951) is one of the most successful pieces of its kind.

Villa-Lobos studied for a short time with Francisco Braga and Ernesto Nazareth, though for all intents and purposes he was self-taught. Still, he had enough talent to cultivate a certain arrogance: it is reported that when he went to Paris in 1923-a time when the city was practially overrun with composers-he was asked with whom he wanted to study. His reply was, "Study with...? They are all going to study with me."

In his late teens, Villa-Lobos studied the cello seriously; his love for the instrument manifested itself in a variety of works that afford it a prominent role. The composer's most famous piece, in fact-the Bachianas Brasilieras No.5 (1938/45)-is scored for eight celli and soprano voice. The first movement of this work has attained a popularity such that a number of primarily non-classical artists-including Joan Baez and Branford Marsalis-have essayed it in recorded performances. Singers Bidú Sayão and Victoria de los Angeles both made classic recordings of the work, each under the baton of the composer. (Villa-Lobos, in fact, often conducted his own works and demonstrated much skill on the podium; a number of his recordings as conductor survive.) The popularity of the Bachiananas Brasilieras No. 5 is not hard to understand. Although Villa-Lobos would write beautiful tunes in such works as the Cello Concerto No. 2 (1953) and in several of the String Quartets, this effort distinguishes itself by the sheer magic of the long-lined melody in the first movement that is intoned first by the singer, then reiterated by the cello.

The immense quantity of music that Villa-Lobos produced provides representation for nearly any standard combination of instruments. As in the cases of other similarly prolific composers, unfortunately, productivity and inspiration are not always complementary in the works of Villa-Lobos. His wind music serves as a perfect example: the Bachianas Brasilieras No. 6 (1938) for flute and bassoon arguably takes a place among the best wind duos ever written. The Duo for Oboe and Bassoon (1957), on the other hand, has relatively little to recommend it (except, perhaps, for the paucity of works for this instrumental pairing) and nothing at all to compensate for its stifling dullness. The Quintette en form de Choros for wind quintet (1928) is an exotic exploration of tone colors and description through musical means, while the Quartet for Flute, Oboe, Clarinet and Bassoon of the same year is dry and academic. The sheer volume of Villa-Lobos's output proved difficult to keep track of even for the composer himself. Once, wandering the halls of a music school, he heard a string quartet rehearsing a selection that caught his ear. He entered the studio and inquired what the group had been playing; one of the perplexed players informed Villa-Lobos that it was, in fact, one of the composer's own works.

Villa-Lobos had the ability to compose anywhere, apparently indifferent to all manner of distraction. He was known to sit down and compose in the midst of a party, and during the composition of the Second Cello Concerto wrote as the work's renowned dedicatee, Aldo Parisot, sat nearby, playing from the cello repertoire for hours on end; occassionally the composer would take the instrument from Parisot to demonstrate how he thought a passage should sound. Villa-Lobos composed concertante works not only for the standard solo instruments, but also for their hitherto neglected cousins such as the bassoon (1933), the soprano saxophone (1948), the harp (1953), and the harmonica (1955). His love of unusual sounds led him to write for several native Brazilian percussion instruments as well.

At times the exoticism of the compositional techniques Villa-Lobos employed matched that of the sounds he used. The most striking of such original approaches resulted in one of his most famous works. New York Skyline (1939) took shape, literally, from a tracing of the city's visual profile on a piece of score paper; by designating notes to correspond to the outline, Villa-Lobos created a viable, if not great, orchestral work.

Despite the fertile and singular imagination of their creator, Villa-Lobos's symphonies are almost completely neglected, while his piano concerti, though recorded, are very rarely performed in the United States. His chamber music for strings, similarly worthy, is also available in recorded performances but rarely encountered on concert programs..

Villa-Lobos's influence on music education in his native Brazil was profound.He not only established his own choral music school-Conservatorio Nacional de Canto Orfeonico-in 1942, but also served as superintendent of music education for Rio de Janeiro. His enthusiasm for public music making and choral singing resulted in his conducting some of the largest such ensembles ever assembled. With thirty thousand to forty thousand singers and an orchestra of over a thousand, Villa-Lobos once led this assembly of musicians in a performance of his own choral compositions in the Vasco da Gama Stadium. But rather than use a baton, Villa-Lobos led the musicians with a Brazilian flag.

His death in 1959 ended the career of the most important composer ever to come out of Brazil. Not only did he emerge as one of the most prolific composers of the twentieth century, but his works have also come to represent Brazilian classical music. Villa-Lobos perfectly blended the diverse elements that he loved into a highly personal vocabulary that, even when less than totally inspired, is still attractive, exotic, and unique. ~ Eric Goldberg, Rovi 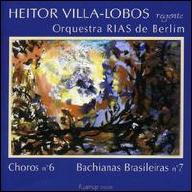 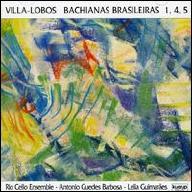 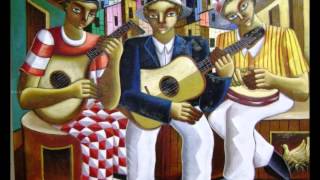 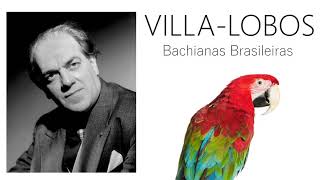 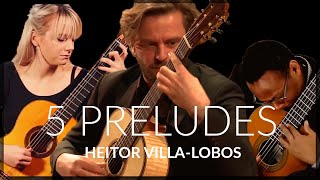 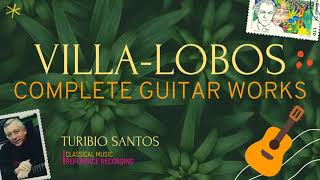 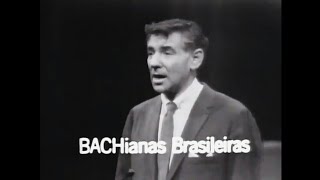 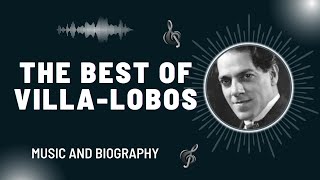 The Best of Villa-Lobos 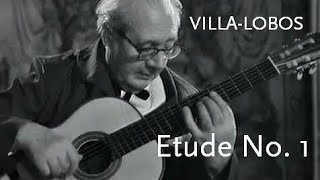