Close
Country Joe McDonald
from El Monte, CA
January 1, 1942 (age 79)
Biography
Political and ecological issues were set to musical accompaniment by Country Joe McDonald, who co-founded and led the psychedelic folk-rock band Country Joe the Fish, the leading left-wing band of the '60s. Since the group's breakup in 1971, McDonald has continued to musically espouse his political views through his original folk-like songs.

A native of Washington, D.C., McDonald grew up in El Monte, California, a suburb of Los Angeles, where his parents, Florence and Worden, had moved to escape political difficulties in the capital city. Music played an important role through McDonald's childhood, and he attended many concerts at El Monte Legion Stadium; after becoming enchanted by Dixieland music, he frequented the Lighthouse Club in Hermosa Beach. At the age of 17, McDonald enlisted in the U.S. Navy. Following his discharge after three years, he attended City College in Los Angeles for a year. Although he moved to Berkeley to continue his schooling, McDonald was distracted by his love of music and spent most of his time playing in bands like the Berkeley String Quartet and the Instant Action Jug Band, which included future bandmate Barry Melton.

Joined by folk guitarist Blair Hardman, McDonald recorded his first tunes in 1964. Released originally by First American Records, many of the songs were later re-recorded by McDonald for his 1976 album, The Goodbye Blues. McDonald continued to be active in politics in the mid-'60s, and published a left-wing magazine, Rag Baby. After publishing the first few issues of the magazine, McDonald conceived the idea of recording a special "talking" issue. Released as an EP, the issue featured two songs, "I Feel Like I'm Fixing to Die Rag," a Dixieland-like indictment of the Vietnam War, and "Superbird," a satire aimed at President Lyndon Johnson; both were credited to "Country Joe the Fish." Following the completion of the project, McDonald and Melton agreed to form a more serious rock band. With McDonald's political lyrics set to a dynamic rock beat, Country Joe the Fish became popular in the San Francisco Bay Area, performing frequently at the Jabberwocky coffeehouse in Berkeley and the Avalon and Fillmore Auditorium in San Francisco. Their second EP featured three of McDonald's tunes -- "Bass Strings," "Section 43," and "(Thing Called) Love."

Signed by Vanguard Records in December 1966, Country Joe the Fish soon released their first album, Electric Music for the Mind and Body. Although "I Feel Like I'm Fixing to Die Rag" was intended to be included on the album, the record label convinced McDonald to omit it. It was finally released as the title track of the band's second album. A single of the tune reached number 32 on the Billboard charts. McDonald the Fish made their East Coast debut at the Cafe Au Go Go in 1967. Following the release of their third album, Together, in 1968, the band toured Europe, where they were met by enthusiastic crowds. Their fourth album, Here We Are Again, released in 1969, featured musical guests Jack Casady of Jefferson Airplane and David Getz and Peter Albin of Big Brother the Holding Company.

Together with the Fish, McDonald performed at most of the major music festivals of the '60s. Their performance at the Monterey Pop Festival in 1967 was featured in the film of the event. In addition to performing with the group at Woodstock in August 1969, McDonald performed a solo set that was capped by his obscene altering of the "Fish Cheer" intro to "I Feel Like I'm Fixin' to Die." Featured in the movie of the festival, the intro brought McDonald to international attention. However, Woodstock came during the final stages of the band's tenure. In the aftermath of the festival, McDonald was arrested in Worcester, Massachusetts for inciting an audience to lewd behavior, while Melton was arrested for possession of marijuana. Although they recorded a final album, C.J. Fish, with a new keyboard player and rhythm section, and had appeared in the 1970 film Zacharia, Country Joe the Fish disbanded in 1971.

By that time, however, McDonald had signed a solo contract with Vanguard and recorded two albums in Nashville -- Thinking of Woody Guthrie, released in December 1969, and Tonight I'm Singing Just for You, released in May 1970. McDonald continued to tour and record as a solo singer/songwriter. During a tour of England, he recorded an album, Hold On: It's Coming, with accompaniment by Fleetwood Mac guitarist Peter Green and other British musicians. In Scandinavia, McDonald was contracted by film producer Knud Thorbjørnsen to compose songs for a film based on Henry Miller's novel Quiet Days in Clichy. The three songs he wrote -- "Mara," "Ny's Song," and "Henry Miller and the Hungry World" -- were included on the film's soundtrack. When Grove Films attempted to import copies of the film to show in United States theaters, they were seized by customs and dubbed "obscene." Grove Films eventually won a court battle, and the movie premiered in New York in 1971. McDonald later scored and appeared in a Chilean film, Que Hacer, documenting Salvador Allende's successful campaign for president.

Beginning in April 1971, McDonald became active in the growing antiwar movement and appeared at demonstrations in San Francisco and Washington, D.C. Together with Jane Fonda and Donald Sutherland, McDonald appeared during an FTA (Free the Army) tour of Vietnam that featured skits by former Second City members Ann and Roger Bowen. Although he became disenchanted with Fonda's political views and left the show, the experience earned McDonald a spot on President Nixon's enemies list. Returning to the United States, McDonald recorded an EP with the San Francisco-based band Grootna. A solo performance at the Bottom Line was released as a live album, Incredible Live!, in 1972. During 1972 and 1973, McDonald performed with the All-Star Band, a group mainly comprising members of the Fish and Big Brother the Holding Company. The band accompanied McDonald on his 1973 album, Paris Sessions.

McDonald spent most of 1974 living in Europe. Returning to California in 1975, he joined a band, Energy Crisis, that featured former Fish Bruce Barthol and ex-Instant Action Jug Band member Phil Marsh. The band appeared on McDonald's 1975 album, Paradise with an Ocean View. The album, which included the anthemic tune "Save the Whales," reflected an increase in McDonald's ecological commitment. The remainder of the '70s represented McDonald's most prolific period as he released seven albums -- Love Is a Fire, Goodbye Blues, Rock Roll Music from the Planet Earth, Leisure Suite, On My Own, Into the Fire, and Child's Play. In 1977, Country Joe the Fish temporarily came together again to record an album, Reunion. Beginning in 1982, McDonald became involved with furthering the cause of Vietnam veterans and worked with such groups as Vietnam Veterans Against the War, Swords to Plowshares, and Vietnam Veterans of America. His experience peaked with the release of an album and video, Vietnam Experience, in 1988.

McDonald's 1991 album, Superstitious Blues, was a mostly acoustic effort and included two songs recorded with Jerry Garcia of the Grateful Dead. Carry On, released in 1995, was inspired by the death of McDonald's parents and featured his touching tribute to Florence Nightingale, "The Lady with the Lamp," and the title track, which featured Garcia on electric guitar. Throughout the next decade, McDonald remained active both as a touring artist and in the studio, issuing albums on his own Rag Baby label. Along the way, collaborations with artists like the Bevis Frond and Bernie Krause indicated that his adventurous spirit remained strong. In 2004, he reunited with former Country Joe the Fish bandmates Bruce Barthol, David Bennett, and Gary Hirsh to tour as the Country Joe Band. In 2007, he began touring his Tribute to Woody Guthrie stage show, which mixed songs and spoken word pieces. He released an album version of the show a year later. His 2012 release, Time Flies By, was a double album of reworked songs spanning his entire career. McDonald returned in 2017 with 50, a collection of new material covering contemporary topical and political issues. ~ Craig Harris, Rovi 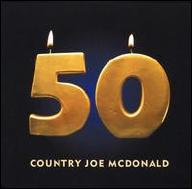 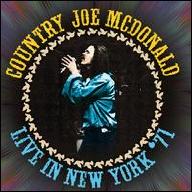 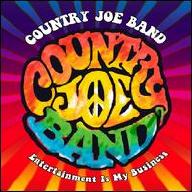 Entertainment Is My Business
2014 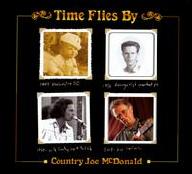 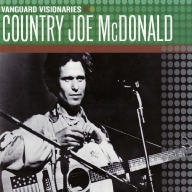 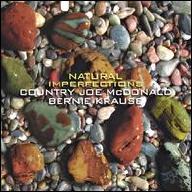 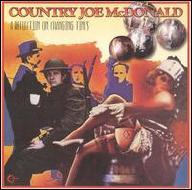 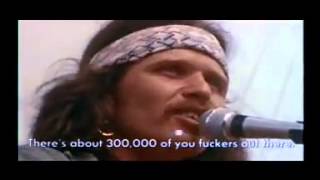 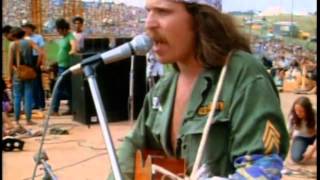 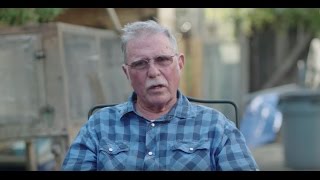 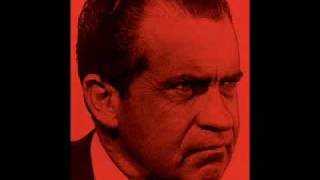 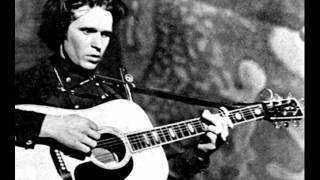 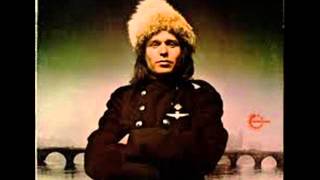 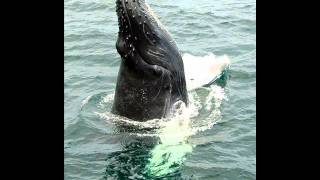