Close
The Lemonheads
from Boston, MA
formed January 1, 1986 (age 36)
Biography
The Lemonheads' evolution from post-Hüsker Dü hardcore punk rockers to teenage heartthrobs is one of the strangest sagas in alternative music. Initially, the group was a punk-pop trio formed by three teenage Boston suburbanites, but over the years, the band became a vehicle for Evan Dando. Blessed with good looks and a warm, sweet voice, Dando became a teen idol in the early '90s, when Nirvana's success made alternative bands commercially viable. While his simple, catchy songs were instantly accessible, they tended to hide the more subversive nature of his lyrics, as well as his gift for offbeat covers and his devotion to country-rock father Gram Parsons. After developing his signature blend of pop, punk, and country-rock on several independent records in the late '80s, Dando moved the Lemonheads to Atlantic Records in 1990. Two years later, It's a Shame About Ray made the group into media sensations, as Dando's face appeared on music and teen magazines across America and Britain. Though the Lemonheads were poised to become superstars, the band never quite found the right breakthrough single, and their popularity peaked in the early '90s. Around the same time, Dando descended into severe drug abuse that he curbed by the 1996 release of Car Button Cloth. However, he had missed his chance at stardom -- though the group retained their cult following, much of their audience had already slipped away.

The son of a Boston attorney and a fashion model, Evan Dando (vocals, guitar, drums) formed the Lemonheads with his high-school classmates Ben Deily (vocals, guitar, drums) and Jesse Peretz (bass). Initially, the group was called the Whelps, but by the time the band made their debut EP, Laughing All the Way to the Cleaners, they had changed their name to the Lemonheads. Recorded the day after their high-school graduation, Laughing All the Way to the Cleaners was released on the group's own label, Huh-Bag. The EP gained the attention of the Boston-based indie label Taang!, which signed the band later that same year. By the beginning of 1987, Doug Trachten had become the band's full-time drummer, leaving Dando and Deily to share guitar and vocal duties. Hate Your Friends, a speedy hardcore LP that fell halfway between Hüsker Dü and the Replacements, was released in 1987. Trachten left after the record's release, and the band made 1988's Creator with Blake Babies drummer John Strohm.

Released in 1989, Lick expanded the Lemonheads' cult, thanks to a loud power pop cover of Suzanne Vega's "Luka." Following the release of Lick, Deily split and eventually formed the Pods and then Varsity Drag. Dando briefly played with the Blake Babies before forming a new version of the Lemonheads with drummer David Ryan. The Lemonheads signed with Atlantic Records in 1990, releasing Lovey, their most accomplished, melodic, and eclectic record to date, later that year. Dando's interest in the band began to wander the following year, as he recorded the solo EP Favorite Spanish Dishes. In 1992, he recorded It's a Shame About Ray, which featured Blake Baby Juliana Hatfield on bass and harmony vocals.

It's a Shame About Ray would prove to be the Lemonheads' breakthrough album, but it didn't become a hit until a cover of Simon Garfunkel's "Mrs. Robinson" was added to the album several months after its initial release. By the end of 1992, the record had gained momentum, and Dando was being touted as the next alternative star. By the fall release of 1993's Come on Feel the Lemonheads, Dando had become a minor celebrity, appearing in gossip columns frequently and hanging out with fellow Gen-X icons, including actors like Johnny Depp and musicians like Hole's Courtney Love. His fame was large enough to spark the creation of an anti-Dando fanzine, I Hate Evan Dando. Recorded with the band's new bassist Nic Dalton, Come on Feel was hyped as the album that would make the band superstars, but Dando's antics received more press than the record received airplay, even though "Into Your Arms" nearly scraped the pop charts. During the press junket to promote the album, he confessed to heavy use of hard drugs, including an escapade where he smoked enough crack to ruin his voice for several weeks. His addiction deepened throughout 1994, and he was frequently seen in a drug-induced haze on Oasis' fall tour of Britain. Early in 1995, he launched a solo tour of the U.S. with Epic Soundtracks, after which he played the Glastonbury Festival, where he was booed for appearing several hours late.

Dando sobered up during the remaining months of 1995, though he hadn't completely stopped drinking by the time he recorded Car Button Cloth with a new lineup of the Lemonheads featuring former Dinosaur Jr. drummer Murph, guitarist John Strohm, and bassist Bill Gibson. The album was greeted with mixed reviews upon its fall 1996 release and failed to generate a hit single; furthermore, Dando launched no full-scale tour to support the album. Late the following year, the Lemonheads and Atlantic Records parted ways; Atlantic retained the rights for a greatest-hits album, which was released in mid-1998.

With the Lemonheads essentially broken-up, Dando kept a fairly low-profile in the years directly following the split from Atlantic. He reappeared for a solo tour in 2001 and then released the lowkey solo album Baby I'm Bored in 2003. Three years later, Dando had reunited the Lemonheads and in 2006 the band released a self-titled album that, while not a revelation, certainly sounded like a worthy follow-up to It's a Shame About Ray and Car Button Cloth. In 2009, inspired by years of mixtapes given to Dando by his friend and Butthole Surfers-leader Gibby Haynes, the Lemonheads released the covers album Varshons.

The Lemonheads supported Varshons with a tour and between 2010 and 2012, and they often played It's a Shame About Ray in its entirety in concert. Rumors of a new, "punker" album circulated in 2012 -- largely emanating from Ryan Adams, who claimed he was playing drums on the sessions -- but the record never materialized. Instead, the Lemonheads went into hibernation, playing the occasional tour, then quietly resurfacing in early 2019 with Varshons 2, another covers album. ~ Stephen Thomas Erlewine, Rovi 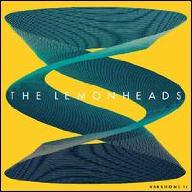 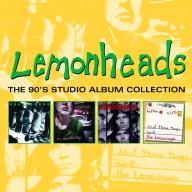 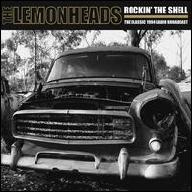 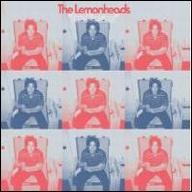 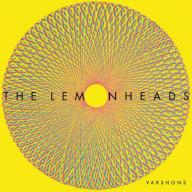 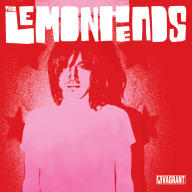 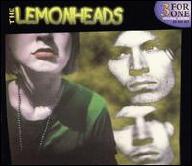 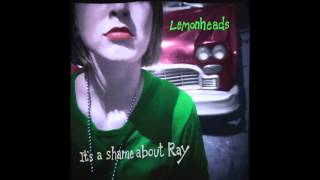 The Lemonheads - It's a Shame About Ray (Full Album)

The Letterheads on Lemonman -"It's a Shame About Ray" 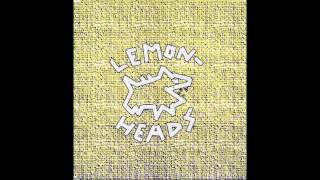 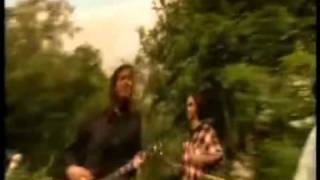 The Lemonheads - Into your arms 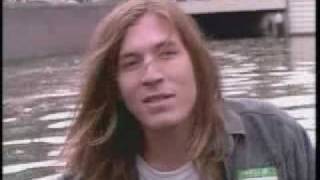 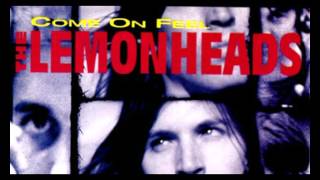 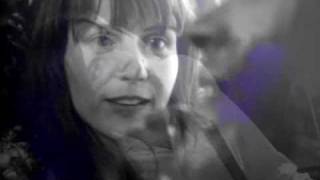