Close
W.C. Handy
from Florence, AL
November 16, 1873 - March 28, 1958 (age 84)
Biography
W.C. Handy, the "Father of the Blues," brought the music of rural Southern Blacks into the mainstream by copyrighting old songs and writing new songs, spurring the blues into the mainstream of popular music during the 1910s and '20s. He was also a highly trained veteran of the music world who led all manner of groups: string quartets, brass bands, and a touring minstrel-show group.

William Christopher Handy was born in Florence, Alabama, in 1873. His early years were spent living in a log cabin built by his grandfather, a local minister (his father was also a minister). Handy was musical from an early age, and took lessons on the cornet at a local barbershop. After graduating from school near the top of his class, he began working as a teacher in Birmingham in 1893, but quit soon after (due to low wages) and began working at a factory job.

He also founded a string quartet, named the Lauzetta Quartet, and traveled with the band to perform at the World's Fair in Chicago. Though he also toured with the group, Handy was soon teaching again in his home state, this time at the Huntsville Normal School (later to become Alabama A&M). By 1896, he'd hit the road yet again, a three-year hitch playing cornet with the minstrel show Mahara's Minstrels that saw him appearing as far west as Oklahoma and as far south as Cuba. Around the turn of the century, Handy returned to Huntsville Normal and served as its band director from 1900 to 1902. After another short tour with Mahara's Minstrels (this time playing the Northwest), W.C. Handy moved to Clarksdale and became the director of a Black band, the Colored Knights of Pythias, which played before both Black and white audiences. Handy spent six years based in Clarksdale, where his previous brushes with blues music were intensified by time spent in the nominal home of the blues. Once, in 1903, while waiting for a train in the town of Tutwiler, he heard a musician playing his guitar with a knife and singing about a local spot where two railroads crossed; he later called it "the weirdest music I'd ever heard," but it stuck in his head and he later copyrighted a song along the same theme, the famous "Yellow Dog Blues."

By 1909, Handy had moved to Memphis, where he published his first song, "Mr. Crump," that same year. Local political heavyweight Edward H. "Boss" Crump was running for mayor that year, and though the candidate was by no means a music fan, an orchestra led by Handy was hired for entertainment, and the song -- actually including some serious criticisms of Crump -- became famous around the city. Three years later, with different lyrics provided by George Norton, it became "The Memphis Blues," though Handy unwisely sold the copyright for $100.00. He soon set up his own publishing company (Pace Handy Music Co., with Harry Pace) in the heart of Memphis' burgeoning entertainment district on Beale Street. In 1914, he published his most famous piece (and one of the most-recorded songs of all time), "The St. Louis Blues," as well as "Yellow Dog Blues." Two years later came "Beale Street Blues," and in September of 1917 Handy's Orchestra of Memphis (a 12-piece band) recorded several sides for Columbia in New York.

In 1918, Handy moved the entire operation to New York, where Handy Brothers Music Company, Inc. was set up on another famous entertainment avenue, Broadway. Though he never produced another hit to rank with his compositions of the mid-'10s, the timing was fortuitous; in August of 1920, Mamie Smith recorded Perry Bradford's "Crazy Blues," not just an unlikely hit but a commercial explosion that made the blues as big a phenomenon as ragtime had been during the early '10s. Handy eventually copyrighted over 150 songs of secular and religious material, and Handy's Orchestra continued to record material for Paramount and OKeh. In 1926, he wrote Blues: An Anthology, which not only compiled sheet music for the most famous blues songs but also attempted to explain their origins. Handy began to lose his eyesight during the late '20s, but worked steadily during the '30s, publishing Negro Authors and Composers of the United States in 1935, W.C. Handy's Collection of Negro Spirituals in 1938, and Unsung Americans Sung in 1944. He also authored an autobiography, Father of the Blues, in 1941. By 1943, however, he had gone completely blind after a serious fall. In 1954, he married for the second time (his first wife, Elizabeth, had died in 1937) and in 1958, Nat King Cole starred in the biopic St. Louis Blues. W.C. Handy had already died, of pneumonia, in March of that year. His legacy is not just a function of his copyrights; Memphis named a park on Beale Street after him, and the W.C. Handy Blues Awards is the premier awards ceremony for blues music. ~ John Bush, Rovi 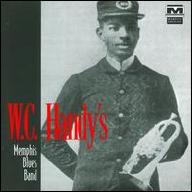 Father Of The Blues 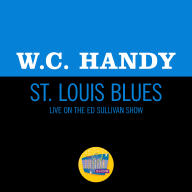 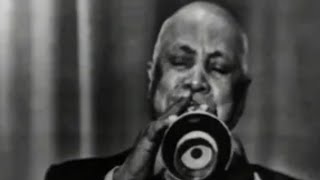 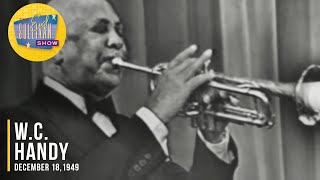 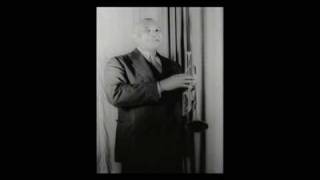 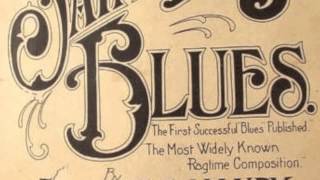 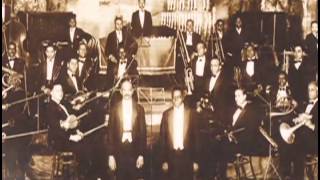 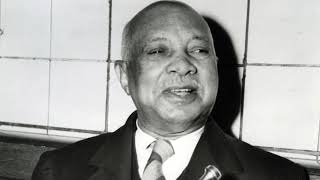 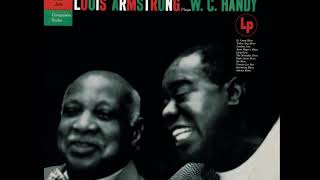