Close
Bill Graham
from Berlin, Germany
January 8, 1931 - October 25, 1991 (age 60)
Biography
Bill Graham was the P.T. Barnum of rock & roll, an unparalleled showman who forever revolutionized the symbiotic relationship between artists and audiences. A catalyst behind the rise of the San Francisco psychedelic scene of the late '60s, he almost single-handedly pioneered the business of concert promotion, his fusion of theatricality and professionalism introducing new standards in sound, lighting, and stage design. Famed for mixing acts of various musical and racial backgrounds on his bills, Graham nurtured the careers of superstars and cult favorites alike, his influence extending from small club dates to stadium tours and festivals; despite no musical talent of his own, he remains one of the truly seminal figures of the rock era.

Born Wolfgang Grajonca in Berlin on January 8, 1931, at age ten he was forced to literally cross Europe on foot to escape the Nazis, eventually landing in an orphanage in Pleasantville, NY; his mother and one of his sisters later perished in the Holocaust. In late 1941, Graham became the foster child of Bronx residents Alfred & Pearl Ehrenreich; under their care he slowly immersed himself in the local street culture, joining a gang and becoming a skilled half-court basketball player. He was also drawn to the Spanish Harlem area, falling for the pulsating rhythms of the Latin music he heard there. In 1951, Graham was drafted to serve in Korea, earning the Bronze Star for valor in the battlefield; upon returning stateside he went to work as a waiter at a summer resort in the Catskills, while in the meantime pursuing a career as an actor.

Graham spent the better part of the next decade hitchhiking back and forth across the United States, finally settling in San Francisco during the early '60s. There he accepted a managerial position with an office equipment company, and while on the job met future wife Bonnie MacLean; he also fell in with the local performance art group the Mime Troupe, agreeing to promote their appearances. When members of the group were arrested on obscenity charges in the autumn of 1965, Graham organized a benefit concert on their behalf; held on November 6, the show -- featuring performances by the Jefferson Airplane, the Fugs, and Lawrence Ferlinghetti -- was an enormous success, and in hindsight proved to be a turning point in San Francisco's evolution into the cradle of the '60s counterculture.

Graham next organized a second Mime Troupe benefit, held December 10 at the Fillmore Auditorium, a venue previously best-known for its R&B concerts; a third show, on January 14, 1966, featured local favorites the Warlocks, soon to rechristen themselves the Grateful Dead. Despite falling out with the Mime Troupe soon after, Graham continued immersing himself further into the Bay Area's nascent psychedelic culture, on January 20 assisting the organizers of the famous Trips Festival. Sensing the enormous profits to be made from producing live concerts, he mounted the first official "Bill Graham Presents" show during the first weekend in February with a series of Jefferson Airplane dates at the Fillmore, quickly followed by performances from Quicksilver Messenger Service, the Butterfield Blues Band, and the Great Society.

The Fillmore quickly emerged as the nexus of the San Francisco music scene; Graham -- initially working in conjunction with Chet Helms and the Family Dog collective, who later began producing their own shows at the nearby Avalon Ballroom -- brought a new sense of showmanship to the proceedings, advertising upcoming gigs with psychedelic posters from local artists including Wes Wilson, Stanley Mouse, and Alton Kelley while enhancing the concert experience itself with special effects such as light shows and slide projections. And with headliners like the Dead, Quicksilver, and Jefferson Airplane guaranteed to sell out their performances, Graham was allowed the freedom to book opening acts from all corners of the music world, giving hippie crowds their first taste of performers including Otis Redding, Chuck Berry, the Staple Singers, Rahsaan Roland Kirk, and Howlin' Wolf.

Graham was also instrumental in helping launch the careers of acts including Janis Joplin, Jimi Hendrix, and Santana, all of whom played pivotal early gigs at the Fillmore; his success on the San Francisco circuit earned him recognition across the country, and in early 1968 he returned to New York to open the Fillmore East. Inaugurated March 8 with a concert featuring Big Brother the Holding Company, like its West coast counterpart, the theater became the heart of the city's rock music scene; at the same time, however, the original Fillmore was in a state of upheaval, with area street crime on the rise and attendance in decline. Finally, in mid-1968, Graham decided to make a move, exiting the original Fillmore on July 4 to move to the nearby Carousel Ballroom (later rechristened the Fillmore West), opening the next night with a lineup featuring the Butterfield Blues Band and Ten Years After.

In 1969, Graham co-founded his own labels, Fillmore Records and San Francisco Records; that same year, the Fillmore West hosted the first headlining appearance by the Band, and Graham served as an advisor at Woodstock, much as he'd earlier lent a hand to the organizers of the Monterey Pop Festival. The beginning of the new decade, however, brought with it major changes, and as the music industry became increasingly driven by commerce instead of art, Graham became more and more disenchanted; chafing at the notion of arena and stadium shows, he shut down the Fillmore East in protest, celebrating the venue's closing during the final weekend of June 1971 with a series of shows headlined by the Allman Brothers Band (who had just three months earlier recorded their classic Live at the Fillmore East) and the J. Geils Band.

Graham closed the Fillmore West just a few weeks later, with a subsequent documentary and three-LP set The Last Days of the Fillmore featuring performances by the Grateful Dead, Hot Tuna, Boz Scaggs, Tower of Power, and It's a Beautiful Day. After traveling through Europe, Graham returned to the Bay Area, where he began producing shows at the Berkeley Community Center and later Winterland; he also turned to mounting national tours for acts including Bob Dylan and Crosby, Stills, Nash Young. In 1975, he founded SNACK (San Francisco Needs Athletics, Culture and Kicks), an organization created to fund extracurricular activities in the city school system; a subsequent benefit concert featuring the Dead, Dylan, the Doobie Brothers, Neil Young, and Jefferson Airplane -- complete with an impassioned speech from Marlon Brando -- earned over half a million dollars.

On Thanksgiving 1976, Winterland hosted the Last Waltz, an all-star concert celebrating the Band's final gig; Graham soon after accepted a small role in Francis Ford Coppola's #Apocalypse Now, finally getting the chance to act. Unwilling to make necessary repairs to Winterland, he closed the facility in late 1978; in 1981, he produced the Rolling Stones' hugely successful tour of America, followed a year later by the poorly received U.S. Festival. In 1985, Graham produced the Philadelphia Live Aid concert; social activism continued determining his projects throughout the remainder of the decade, and he soon moved on to mounting the Amnesty International "Conspiracy of Hope" world tour featuring U2, Sting, and Peter Gabriel. He also put on an all-star festival in the Soviet Union.

Despite the massive success of the Stones' 1981 tour, Graham was outbid for the group's 1989 jaunt, a failure which -- combined with his addiction to the prescription drug Halcyon -- sent him spiraling into depression. The concert industry, with its increasing reliance on corporate sponsorship and stadium tours, was clearly passing him by; a successful benefit show for victims of the 1989 San Francisco earthquake followed, but outside of a handful of subsequent productions it was the last major event of Graham's career. On the night of October 25, 1991, he and Bill Graham Presents staffers Steve Kahn and Melissa Gold were killed in a helicopter accident; a free concert dubbed "Laughter, Love and Music" soon followed in their honor, headlined by Crosby, Stills, Nash Young, Santana, Aaron Neville, and comedian Robin Williams. At the time of his death, Graham was 60 years old. ~ Jason Ankeny, Rovi 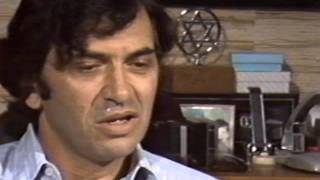 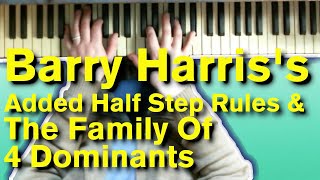 Bebop Improvisation 101: The 2 Concepts From Barry Harris That Transformed My Playing Overnight

Billy Graham | Your Prayers Are More Powerful Than You KNOW 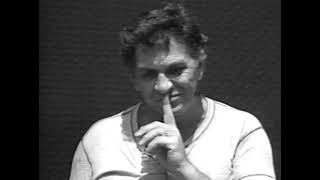 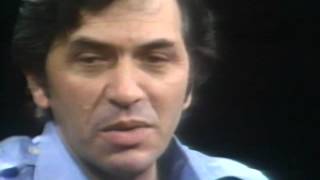 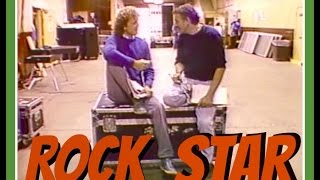