Close
Jello Biafra
from Boulder, CO
June 17, 1958 (age 63)
Biography
A firebrand of America's West Coast punk rock scene, Jello Biafra first made a name for himself as the lead singer with the Dead Kennedys, the band that bridged the gap between first-era punk and hardcore, and divided his time between music, spoken word performing, and activism after they broke up. Possessing a distinctive high-pitched voice, a powerfully dramatic delivery, and a fearless willingness to attack any issue with words, Biafra becomes the spotlight figure no matter who he collaborates with, from D.O.A. and Mojo Nixon to the Melvins and NoMeansNo. One of his first and best (if dated) spoken word efforts was 1987's No More Cocoons, 1990's Last Scream of the Missing Neighbors, with D.O.A., is a highlight among his collaborative albums, and 2009's The Audacity of Hype introduced his first proper band since the breakup of the Dead Kennedys, the Guantanamo School of Medicine.

Jello Biafra was born Eric Boucher in Boulder, Colorado, and began collecting odd records in high school. He moved to San Francisco and took his stage name from the war-ravaged African nation then called Biafra, appending the name of the popular dessert substance because he liked the way the two sounded together. Biafra formed the Dead Kennedys in 1978, and the band quickly gained a following thanks to its hyper-driven sonic assault and Biafra's nasal, declamatory (and often quite funny) political rantings. In 1979, a year before the Kennedys' influential debut, Fresh Fruit for Rotting Vegetables, was released, Biafra ran for mayor of San Francisco on a bet; his platform included holding auctions for high-ranking city government positions, setting up a board of bribery to handle liquor licenses and building codes, banning automobiles in the city limits, forcing businessmen to dress in clown suits, and allowing vagrants legal access to empty buildings. (Voters apparently found the satire compelling enough to place Biafra fourth out of ten candidates.)

Fresh Fruit for Rotting Vegetables suffered distribution problems owing to the Dead Kennedys' name and subject matter, so Biafra formed his own Alternative Tentacles label in 1981 to counter the majors' reluctance to disseminate his material. When the Kennedys included a poster of H.R. Giger's painting Landscape #20 (Penis Landscape), which depicted rows of penises engaged in anal intercourse, in their 1985 album Frankenchrist, the band and label were prosecuted under California obscenity statutes for distributing "harmful matter to minors." Biafra's apartment was ransacked by police, and a trial was undertaken in April 1986 that lasted over a year; a hung jury resulted in the charges being dropped.

The already politically conscious Biafra emerged as an articulate champion of free speech, and with the Kennedys' breakup, he hit the college lecture circuit with a vengeance, expounding his views on American culture with a righteous anger and acerbic wit. His first solo recordings were spoken word affairs drawing on his lecture material -- No More Cocoons appeared in 1987, with High Priest of Harmful Matter: Tales from the Trial, a detailed, humorous account of the obscenity trial, following in 1989. Other spoken word releases would pop up from time to time, including 1991's I Blow Minds for a Living and 1994's three-CD set Beyond the Valley of the Gift Police. Biafra also offered frequent collaborations with other artists: the Lard project with Ministry's Al Jourgensen and Paul Barker (1988's Power of Lard EP, 1990's The Last Temptation of Reid); the D.O.A.-backed Last Scream of the Missing Neighbors EP (1990); a 1991 outing with Nomeansno entitled The Sky Is Falling, and I Want My Mommy; a side project with members of Steel Pole Bath Tub and King Snake Roost called Tumor Circus, which released a self-titled album in 1991; an EP with Plainfield; and several collaborations with Mojo Nixon, including an EP centered around the country parody "Will the Fetus Be Aborted" and the 1994 album Prairie Home Invasion.

In one of the most bizarre and least likely mishaps punk fans could imagine, Biafra was attacked at a San Francisco club in 1994 by skinheads who had somehow gotten the idea that he was a sellout; he was hospitalized for a time with two broken legs. After returning to Lard in 1997 for a new album, Pure Chewing Satisfaction, he issued the solo If Evolution Is Outlawed, Only Outlaws Will Evolve a year later and Become the Media in fall 2000. The Big Ka-Boom, Pt. 1 from 2002 was a 33-minute-long speech about the war on terrorism while Machine Gun in the Clown's Hand from later that year featured three discs' worth of spoken word from 2000-2002. The 2004 release Never Breathe What You Can't See found Biafra ranting over the heavy music of the Melvins. The collaboration continued on 2005's Sieg Howdy, which featured a cover version of the Alice Cooper classic "Halo of Flies." The three-CD set In the Grip of Official Treason landed in 2006. 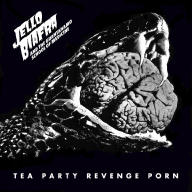 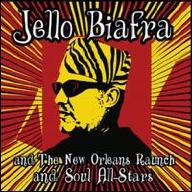 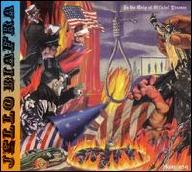 In the Grip of Official Treason
2006 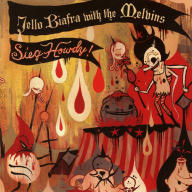 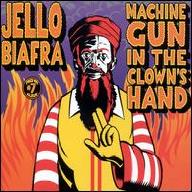 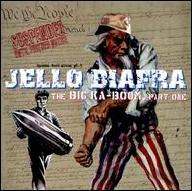 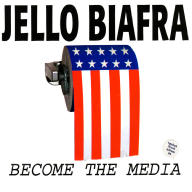 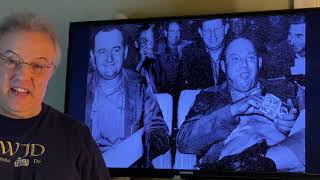 What Would Jello Do? Part 101: The Rottenhole Verdict 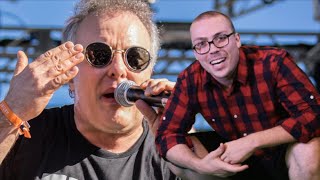 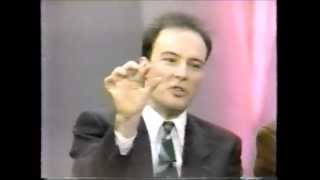 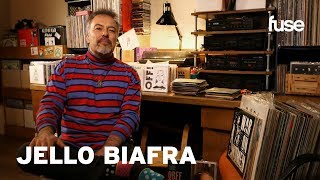 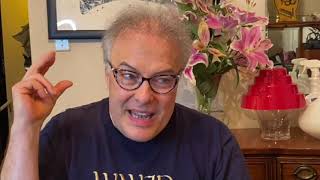 What Would Jello Do? Part 97: The Great Betrayal (part 1) 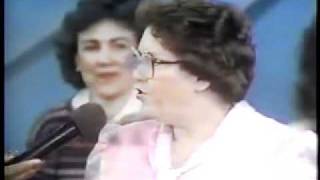 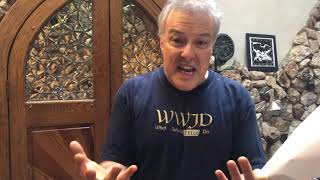 What Would Jello Do? Part 73 - Coronavirus Masks
Available here: