Close
David Sanchez
from Guaynabo, Puerto Rico
September 9, 1968 (age 53)
Biography
In combining the Afro-Caribbean rhythms he learned while growing up in Puerto Rico and the jazz he studied as a young man in New York City, award-winning saxophonist/percussionist/composer/arranger David Sanchez, with his strident yet rhythmic tone, has emerged as one of the 21st century's most respected composers and jazz musicians. Long before releasing his leader debut The Departure in 1994, Sanchez apprenticed with some of most notable names in jazz including Paquito d'Rivera, Claudio Roditi, and Eddie Palmieri (a mentor who taught him to blend traditional Latin sounds with jazz). He became the youngest member (at age 23) in Dizzy Gillespie's United Nations Orchestra. After The Departure (issued a year after Gillespie's death), he released a steady stream of critically acclaimed and commercially successful recordings including the Grammy-nominated albums Obsession in 1998 and Melaza in 2000. In 2005, his album Coral won the Grammy award for Best Large Jazz Ensemble Album. In collaboration with Stefon Harris and Christian Scott, he released the Afro-Cuban jazz date Ninety Miles, which peaked at number 13 on the jazz albums' list and became a feature documentary film. Though busy touring, mentoring, and composing, he is also a member the SF Jazz Collective and continues to release his own albums, including 2019's Carib.

Sanchez was born in Puerto Rico in 1968. He began playing congas at the age of eight and formally studied percussion in school and privately. At 12, he had developed enough to gain entrance to the island's La Escuela Libre de Música, where he studied from seventh grade until his senior year in high school. While in secondary school he picked up the saxophone and fell in love with it. He studied the instrument, classical repertoire, and theory. Not being able to decide which horn to focus on, he learned alto and soprano, as well as flute and clarinet. Sánchez graduated in 1986. He began attending college at the Universidad de Puerto Rico in Rio Píedras, studying psychology. He quickly realized that music was to be his vocation and dropped out a year later. He auditioned for and was admitted to the music school at Rutgers University in New Jersey on a scholarship. Given its proximity to New York City, Sanchez was able to begin his career in earnest. He spoke little English at the time and therefore gravitated toward fellow Latino artists including Paquito d'Rivera and Claudio Roditi. He met pianist Eddie Palmieri, who taught him step by step -- Sanchez was a quick study -- how to blend Latin folk music traditions, particularly those from the Caribbean and West Africa with jazz. His first real break was winning a subbing spot in Dizzy Gillespie's United Nations Orchestra at age 23, becoming its youngest member. The trumpeter was so impressed with the young saxophonist's sound, he asked him to remain as a member of the roster until Gillespie's death in 1993. After the group disbanded, Sánchez toured with the Philip Morris Superband and found work as a sideman on the recordings of Slide Hampton the Jazz Masters (of which he is a founding member), Charlie Sepulveda, Kenny Drew, Jr., Hilton Ruiz, and others.

Sanchez signed to Columbia and recorded his debut The Departure in 1994 with bassist Andy Gonzalez and Peter Washington, drummer Leon Parker, percussionist Milton Cardona, pianist Danilo Perez, and trumpeter Tom Harrell. Though it didn't chart, it was acclaimed for its use of jazz syntax and framing the musical dialects of Puerto Rico and other Caribbean and Latin American sources. 1995's Sketches of Dreams offered a much larger band that included trumpeter Roy Hargrove, Jerry Gonzalez, Larry Grenadier, and David Kikoski as guests. 1996's Street Scenes reflected his impressions of the atmospheres found on the public streets of cities such as Paris and New York. 1998's Obsession was produced by Branford Marsalis and showcased a new band. It hit the jazz album charts and netted the bandleader his first Grammy nomination.

Melaza was the saxophonist's first effort in the new century. Once again produced by Marsalis (who also guested on a track) the album was nominated for both a Grammy and Latin Grammy and arrived in the aftermath of an intense period when his band played shows for American troops in Bosnia. He took his quintet and strings on the road, and later established a sextet. In addition to the album, Sanchez found time to work with Lalo Schifrin on Latin Jazz Suite and mentor Kenny Barron on Spirit Song. Sánchez issued a pair of albums in 2001: Y Sus Corridos Bravos and Travesía, showcasing different sides of the folk tradition-jazz experience; the latter was his first self-produced outing. He was also a sideman with Charlie Haden on Nocturne and Steve Turre on TNT. After a period of nearly constant global touring and a short break, Sanchez's band re-entered the studio in 2004 and emerged with Coral in 2005. The widely praised album earned him his fifth Grammy nomination in addition to winning his first Latin Grammy for Best Jazz Instrumental Album. Coral featured orchestrations and arrangements by Argentinian composer Carlos Franzetti with the City of Prague Philharmonic. It also showcases compositions by Hector Villa-Lobos, Antonio Carlos Jobim, Alberto Ginastera, Franzetti, and originals. Though his touring schedule was intense, Sanchez found time to play as a sideman on albums by Kenny Werner, Ignacio Berroa, Ray Barretto, Andy Narrell, and others.

He moved to Concord Picante for 2008's Cultural Survival. Met with universal critical acclaim, it also netted him his sixth Grammy nomination. That same year he took part in Takana Miyamoto's and Kirk Whalum's Promises Made: The Millennium Promise Jazz Project. Two years later, Sanchez, Stefon Harris, and Christian Scott collaborated on the Ninety Miles project. The successful album and documentary film were recorded in Havana and featured the three bandleaders in the company of some of Cuba's finest musicians. The saxophonist joined the SF Jazz Collective in 2013 and remains an active member of the prolific group live and in studio. He also began teaching at the Conservatory of Puerto Rico and The Conservatory of San Francisco. In addition, he has taught master classes at the Peabody Conservatory in Brazil, the Manhattan School of Music, Indiana University's School of Music, Stanford University, University of Memphis, and Emory University, and did a year-long residency at Georgia State University. Sanchez continues touring the world as a bandleader with his mix of mainstream jazz adorned by Pan-African influences. In 2019, he returned to recording with Carib on Ropeadope, a project in the works for two years. It featured original compositions inspired by melodies and rhythms coming from the Afro-Rican and Haitian traditions. Two of its pieces, "Canto" and "Fernando's Theme," were featured in the soundtrack to Robert Mailer Anderson's film Windows on the World. ~ Thom Jurek, Rovi 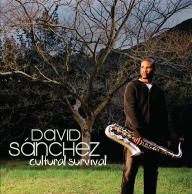 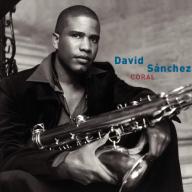 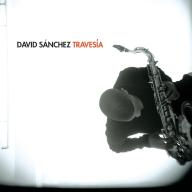 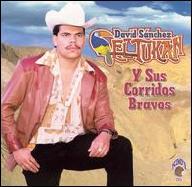 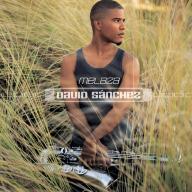 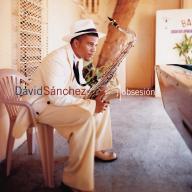 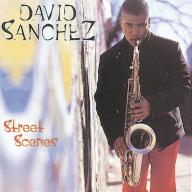 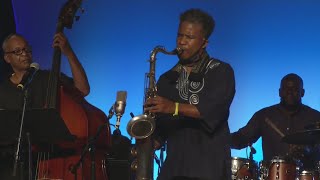 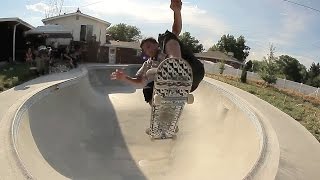 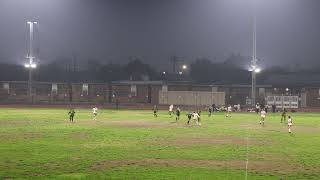 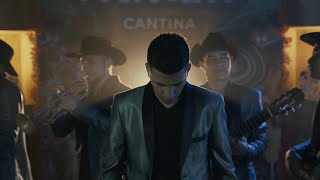 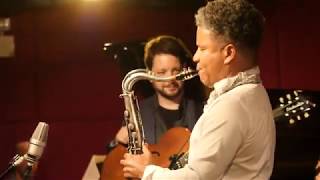 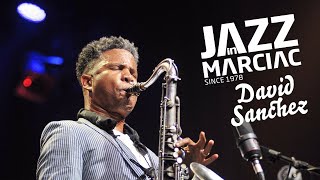