Close
Soul Asylum
from Minneapolis, MN
formed January 1, 1981 (age 41)
Biography
In the '80s, Soul Asylum were one of the hardest-working bands on the underground rock scene, the little-brother band of Hüsker Dü and the Replacements, known for their raucous but emphatic combination of punk energy, hard rock guitar firepower, and songs that ranged from angry to heartfelt. Released in 1988, Hang Time made them cult heroes and favorites with critics, but with 1992's Grave Dancers Union they added a bit more polish, hardened their guitar attack, wrote more anthemic choruses, and became one of the biggest acts on the alternative rock scene thanks to the singles "Runaway Train" and "Black Gold." After the multi-platinum success of Grave Dancers Union, Soul Asylum had trouble repeating their commercial and critical achievements, and faded out at the end of the '90s. However, the death of bassist Karl Mueller in 2005 sparked a return to the studio and the stage, with the band soldiering on under the leadership of lead singer Dave Pirner and releasing albums like 2012's Delayed Reaction and 2016's Change of Fortune.

Soul Asylum's story begins in 1981, when three friends from Minneapolis whose loyalties ran to the noisy clamor of punk, the volume and guitar power of hard rock, and the soul-bearing tales of country, decided to form a band. Guitarist Dan Murphy, bassist Karl Mueller, and drummer Dave Pirner began playing out as Loud Fast Rules, with Murphy and Pirner taking turns on vocals. In 1982, the group landed two songs on a cassette-only compilation called Barefoot Pregnant; the tape was released by Reflex Records, a local label run by Hüsker Dü's Bob Mould. (Another Reflex collection, Kitten, would feature live material by the group, credited to Proud Crass Fools). In 1983, Pirner moved from drums to lead vocals and rhythm guitar, while Pat Morley took over as percussionist and the band changed their name to Soul Asylum. In 1984, Minneapolis-based Twin/Tone Records signed Soul Asylum, and Bob Mould produced the group's label debut, a nine-song EP called Say What You Will...Everything Can Happen (it was later expanded into a full-length album with the addition of session outtakes, retitled Say What You Will, Clarence...Karl Sold the Truck). Mould also took Soul Asylum on the road as Hüsker Dü toured in support of their album Flip Your Wig in 1985, exposing the band to larger audiences outside of their hometown, and Soul Asylum band began hitting the road with a vengeance as headliners, playing nearly any small club that would have them. The band also gained a new drummer when Grant Young replaced the departing Pat Morley.

When Soul Asylum returned to the studio to record 1986's Made to Be Broken (with Mould again producing), they were a far stronger and more powerful band, and the album won enthusiastic reviews in the alternative rock press. Another full album, While You Were Out, was released the same year, and their relentless touring schedule was earning the band a loyal and growing audience. By this time, Twin/Tone had struck a deal with AM Records in which the major label would distribute some of their more successful acts, and in 1988, Soul Asylum were tapped to join the AM roster. The band celebrated by cutting an EP for their European label, Clam Dip Other Delights, which parodied the cover of Whipped Cream Other Delights, the iconic album by AM founder Herb Alpert; the EP was given a belated stateside release by Twin/Tone in 1989. Shortly after completing Clam Dip, Soul Asylum went into the studio with producer Lenny Kaye, and 1988's Hang Time was arguably the group's finest album, with Kaye's production consolidating the band's melodic strengths as Soul Asylum delivered a set of strong, powerful performances and emotionally eloquent songs. Hang Time fared well on college radio, and the band toured hard in support, but sales were not much better than the band had managed on Twin/Tone. AM had greater expectations for their 1990's And the Horse They Rode in On, produced by Steve Jordan; however, the album, mostly recorded live on a sound stage, failed to capture the band's on-stage energy, and it was a critical and commercial fizzle. AM soon dropped the band.

With no record deal and Pirner dealing with hearing problems, Soul Asylum considered breaking up, but after Murphy and Pirner did an acoustic tour as Murphy Pirfinkle, they began working up new material, and Soul Asylum landed a new record deal with Columbia. When Grave Dancers Union arrived in the spring of 1992, the timing was perfect for Soul Asylum; the massive success of Nirvana's Nevermind, which had topped the charts a few months earlier, made it easier for a band from the indie circuit to get a hearing on radio and MTV, and crunchy but melodic tunes like "Somebody to Shove" and "Black Gold" helped open doors for the band, scoring significant alternative radio airplay and MTV rotation. When the ballad "Runaway Train" was released as the album's third single, it rose to number five on the Billboard Singles charts and won a Grammy as Best Rock Song; Grave Dancers Union went on to sell two million copies.

Having finally achieved stardom, Soul Asylum found it was hard to hold on to. Following extensive touring in support of Grave Dancers Union, Grant Young was fired from the band and replaced by journeyman drummer Sterling Campbell; it was later revealed that Campbell had played on several tracks on Grave Dancers Union. In 1995, the band released Let Your Dim Light Shine, which was produced by Butch Vig; the alternative music press, who had previously championed the band, displayed little enthusiasm for the newly famous Soul Asylum, and while the album would in time go platinum, it failed to produce a hit along the lines of "Runaway Train," and was considered a disappointment. The band returned in 1998 with Candy from a Stranger, but the album was savaged by critics and was a flop in the marketplace. Soul Asylum simply sounded tired, and they responded by taking a break. Pirner released a solo album in 2002, and Murphy, who had launched Golden Smog as a side project in 1992, devoted much of 1998 to recording and supporting the second Golden Smog album, Weird Tales. The band played occasional shows, but for the most part they stayed under the radar and seemed to be in no hurry to record again.

In 2004, Soul Asylum reconvened to begin work on a new album, joined by a new drummer, Michael Bland. But sessions came to a halt when bassist Karl Mueller was diagnosed with throat cancer. The Minneapolis music community rallied in support, and a benefit to help with Mueller's medical expenses made news when Bob Mould and Grant Hart played two songs together, making their first joint appearance since the breakup of Hüsker Dü. However, Mueller lost his battle with cancer on June 17, 2005, and Soul Asylum completed their album, The Silver Lining, with help from several guest musicians, including Tommy Stinson of the Replacements. Columbia/Legacy released The Silver Lining in the summer of 2006; it came and went with little notice, despite a nationwide tour in support (with George Scot McKelvey on bass). Soul Asylum was dropped by Columbia, but in 2009, the band announced they were working on a new album, with Tommy Stinson signing on as their official bassist.

In early 2012, Soul Asylum signed with the independent 429 Records label, and the album Delayed Reaction followed that July. The album was one of the group's strongest efforts in years and they toured in support, but by the end of the year, Dan Murphy announced he had left the band. Undaunted, Dave Pirner soldiered on with a new Soul Asylum lineup featuring Justin Sharbono on lead guitar, Winston Roye on bass, and Michael Bland on drums. After launching a crowdfunding campaign to finance a new recording project, Soul Asylum completed their first post-Murphy album, Change of Fortune, which was released by eOne Music in March 2016. The respected reissue label Omnivore Recordings offered fans a detailed look into Soul Asylum's early days with expanded and remastered editions of 1984's Say What You Will... and 1986's Made to Be Broken, both released in July 2018. In April 2020, Soul Asylum returned to action with the album Hurry Up and Wait, which introduced guitarist Ryan Smith, who joined after Justin Sharbono left the group. ~ Mark Deming, Rovi 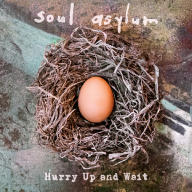 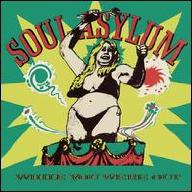 While You Were Out/Clam Dip & Other Delights
2018 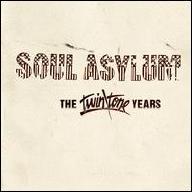 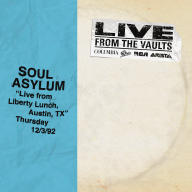 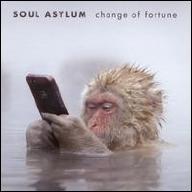 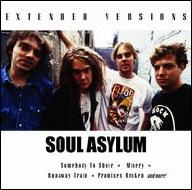 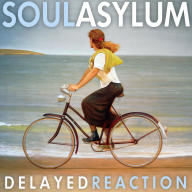 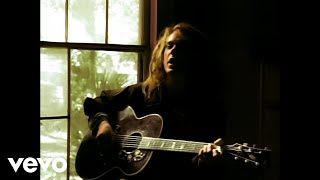 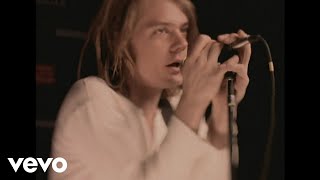 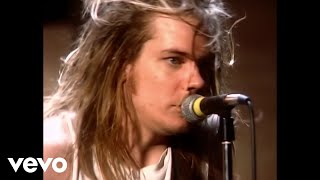 Soul Asylum - Somebody to Shove 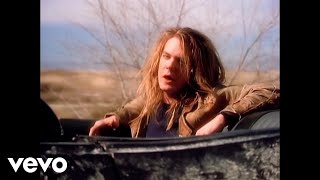 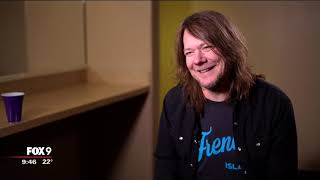 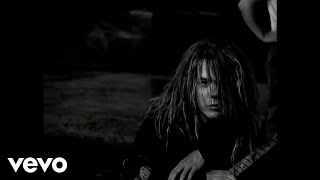 Soul Asylum - Without a Trace 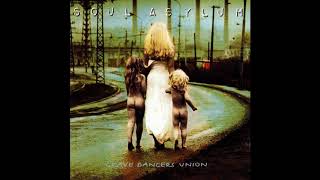