Close
John McCutcheon
from Wausau, WI
August 14, 1952 (age 68)
Biography
Singer, songwriter, and multi-instrumentalist John McCutcheon has been at the forefront of American folk music since the late '70s, covering a wide variety of traditions including Appalachian dulcimer and fiddle music, topical protest songs, and children's albums for respected folk labels like June Appal, Red House, and Rounder Records. Establishing himself as a master of the hammered dulcimer on the groundbreaking 1977 release The Wind That Shakes the Barley, the Wisconsin native moved into making children's music in the early '80s with albums like Howjadoo and Mail Myself to You. Proficient on numerous instruments including the hammered and mountain dulcimer, fiddle, guitar, banjo, and jawharp, McCutcheon has also performed widely as a storyteller, written several books, worked as a social and labor activist, and produced albums for other artists such as Holly Near, making him somewhat of a renaissance man. He has remained prolific well into the 2010s, both on-stage and in the studio, releasing thoughtful, finely crafted albums like the 2006 literary project Mightier Than the Sword and 2013's diverse 22 Days, a collaboration with Bosnian cellist Vedran Smailovic.

Like thousands of others in the '60s, McCutcheon taught himself how to play a mail-order guitar and joined the folk scene in his local community. His interest became more serious, however, when he sought to find the roots of this music. McCutcheon headed for Appalachia and learned from some of the legendary greats of traditional folk music. Along the way, he became adept at a multitude of instruments, including fiddle, banjo, guitar, autoharp, jaw harp, and especially the hammered dulcimer. McCutcheon is considered one of the undisputed masters on the hammered dulcimer and adapts much of his music around the instrument.

As a new father, McCutcheon found most children's music "unmusical and condescending." In 1983, he sought to remedy the situation with his first release for Rounder, Howjadoo. McCutcheon thought that Howjadoo would be the only children's record he would make. But the critical acclaim for Howjadoo was such that several other children's albums followed. McCutcheon's 1988 release, Mail Myself to You, featured several songs by classic folk composers such as Woody Guthrie and Malvina Reynolds. In the hands of McCutcheon, these old songs gained new luster. Family Garden followed in 1993, with several original tunes including the evocative "Baseball on the Block." McCutcheon also turned to producing and, continuing on the Rounder label, encouraged other folk and world musicians to address children as an audience. He created the 1992 Rounder release Rainbow Sign to benefit the Grassroots Leadership, a community-building nonprofit organization in the South. In 1997, McCutcheon produced two storytelling compilations to again benefit the Grassroots Leadership.

McCutcheon started a new series of children's albums in 1995 with the release of Summersongs. The album featured several tunes about the daily life of kids, with songs like "Power Mower" and "Haircut." Later that same year, Rounder released the second album in the series, Wintersongs. The recording featured several cuts about the common joys of winter, including "Soup" and "Hot Chocolate." The most popular song on the album, however, was the easily imagined "Tommy Don't Lick That Pipe," written by McCutcheon and his longtime friend Si Kahn. Wintersongs was nominated for a Grammy in 1996. Storied Ground followed three years later. The time between albums reinvigorated the singer/songwriter, and in 2001 he followed it up with Supper's on the Table.... Filled with more socially conscious lyrics, the album had the look and feel of an old-time folk record.

The next year, a more contemporary-minded McCutcheon put out The Greatest Story Never Told on Red House Records. Self-released in 2003, Hail to the Chief! took a distinctively political and topical bent, as did his 2004 follow-up, Stand Up! Broadsides for Our Times. Released in 2006, Mightier Than the Sword was a literary effort, featuring collaborations with contemporary poets and fiction writers such as Wendell Berry, Rita Dove, and Barbara Kingsolver. McCutcheon also came out with a children's audio book that year called Christmas in the Trenches, which went on to garner a Grammy nomination in the children's spoken word category. Still a regular touring act, McCutcheon somehow managed to produce a new album every year through the decade's end, including the baseball-themed Sermon on the Mound (2008) and the double album Untold (2009), which devoted an entire disc simply to storytelling.

Returning to the sound of his roots, McCutcheon teamed up with an all-star folk band of mandolinist Tim O'Brien, fiddler Stuart Duncan, bassist Bryn Davies, and singers Kathy Mattea, Suzy Bogguss, and Mollie O'Brien to record the 2010 Appalachian set Passage. Released in 2013, 22 Days united him with cellist Vedran Smailovic, while 2015's Joe Hill's Last Will was a tribute to the early 20th century labor activist and songwriter. In between his next two albums, Trolling for Dreams (2017) and Ghost Light (2018), McCutcheon published another children's book, Flowers for Sarajevo. ~ P.J. Swift, Rovi 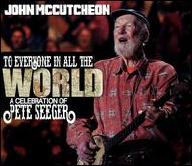 To Everyone in All the World: A Celebration of Pete Seeger
2018 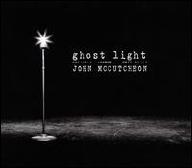 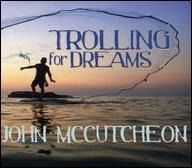 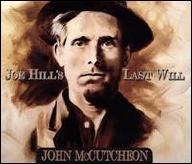 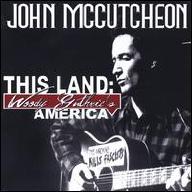 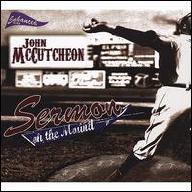 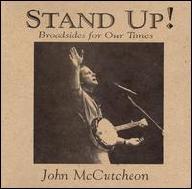 Stand Up!: Broadsides for Our Times
2007
Videos
Close 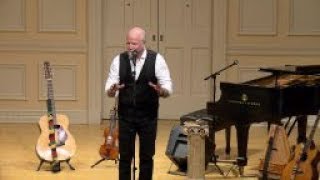 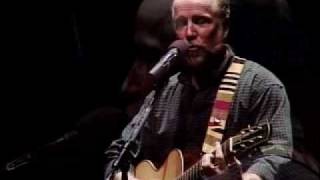 Christmas in the Trenches - written and performed by John McCutcheon 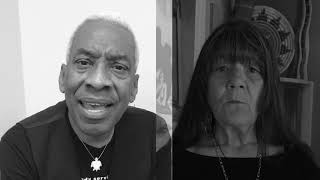 John McCutcheon - How Can I Keep From Singing? 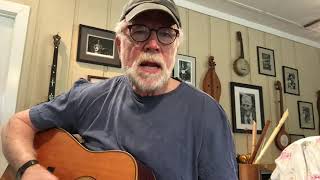 The Night That John Prine Died 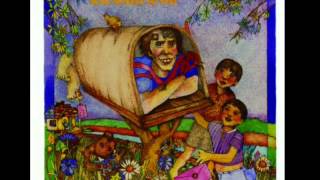 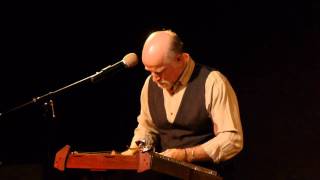 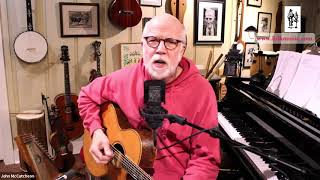 When My Fight For Life Is Over--John McCutcheon
Available here: