Close
Teddy Buckner
from Sherman, TX
July 16, 1909 - September 22, 1994 (age 85)
Biography
Trumpeter Teddy Buckner was a Louis Armstrong devotee whose passion for New Orleans styled jazz and swing took him around the world during a career that spanned more than six decades. He was distantly related to the St. Louis based Buckner family that produced pianist/organist Milt, trumpeter George, as well as saxophonist and Motown session man Ted Buckner. John Edward Teddy Buckner was born in Sherman, TX, north of Dallas, on July 16, 1909. Buckner spent five years as a child in Silver City, NM. An uncle taught him to handle drumsticks and play the ukulele; he also studied the trumpet with Harold Scott, a member of the brass section in the Louis Armstrong Orchestra. When he was 15 years old Buckner worked with bandleaders Buddy Garcia and Big Six Reeves, then headed for Los Angeles where his trumpet was heard in ensembles led by Sonny Clay, Curtis Mosby, Sylvester Scott, Speed Webb, and Edith Turnham. When in 1934 trumpeter Buck Clayton assumed leadership of an orchestra formerly led by Earl Dancer, pianist Teddy Weatherford arranged for the 14-piece ensemble (which included Buckner) to sail for Shanghai, China for a lengthy residency at the Canidrome Ballroom. Within a year Buckner had returned to California and was working with Irwin C. Miller's Brownskin Models Revue (an organization fated to play a role in the career of R&B vocalist Larry Darnell) and pianist Lorenzo Flennoy. Buckner was hired by Lionel Hampton in 1936, gigged with Hamp's orchestra at the Paradise Club in Los Angeles and assumed leadership of the band while the vibraphonist devoted more of his time to working with Benny Goodman.

Teddy Buckner appeared in a number of motion pictures during the 1930s and '40s. Most famously he stood in for Louis Armstrong in #Pennies from Heaven and appeared with Fats Waller in #King of Burlesque (both films date from 1936). Before, during and after the Second World War he was a member of the Benny Carter Orchestra, sat in with Johnny Otis, fortified a band led by singing drummer Cee Pee Johnson, and gigged with the Solid Blenders Sextet. Buckner's intensive years with trombonist Kid Ory (1949-1954) initiated a return to old-fashioned jazz that would characterize the rest of his career. In 1954 he formed his own small Dixieland band, deliberately hiring some of the best traditional jazz and swing players in the world, including clarinetist Edmond Hall, drummer J.C. Heard, clarinetist Albert Nicholas, pianist Sammy Price, and trombonist Trummy Young. He also recorded with trombonist George Brunis in 1954 and was visible and audible during Jack Webb's film #Pete Kelly's Blues the following year. During one week in July 1958 Buckner performed with soprano saxophonist and clarinetist Sidney Bechet at the Salle Wagram in Paris, at the Festival de Jazz 1958 in Knokke-le-Zout, Belgium and at the Cannes Jazz Festival. For more than 25 years, Teddy Buckner's jazz band played to enthusiastic crowds at nightclubs including the 400 Club and the Beverly Caverns in Los Angeles and The Huddle in West Covina. He enjoyed a lengthy run of employment as leader of a Dixieland band at Disneyland from 1965-1981 and passed way in Los Angeles on September 22, 1994. ~ arwulf arwulf, Rovi

Teddy Buckner And The All Stars
2000 A Salute to Louis Armstrong
1957

Teddy Buckner and His Dixieland Band at the Crescendo
1956

Teddy Buckner in Concert at the Dixieland Jubilee
1955
Videos
Close 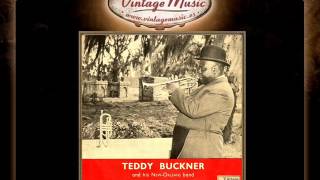 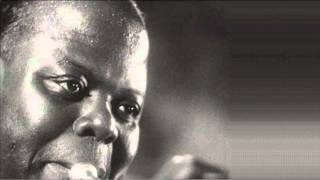 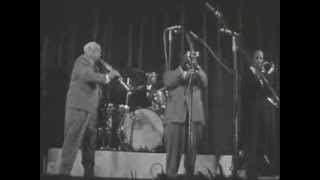 Sidney Bechet, Vic Dickenson, Teddy Buckner, Sammy Price - Cannes 1958: Once In A While 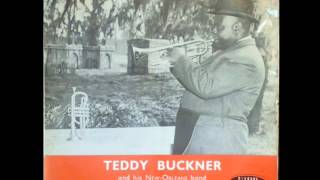 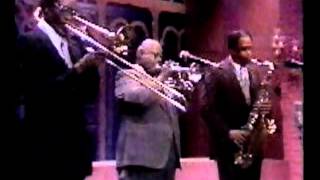 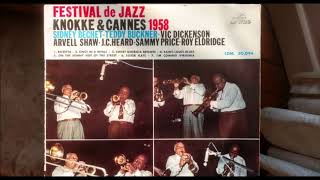 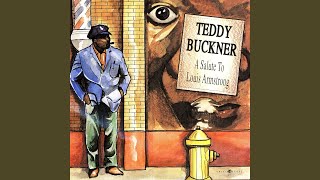