Close
Momus
from Paisley, Renfrewshire ,Scotland
February 11, 1960 (age 61)
Biography
Named after the Greek god of mockery, Momus is the alias of Nick Currie, an erudite and esoteric Scottish-born singer, songwriter, author, and provocateur whose genre-defying music careens from acoustic ballads and electro-pop to easy listening and post-punk and back again. Known for his rich baritone and fascination with themes of psychosexuality and cultural and political crises, Momus emerged in the early '80s as the leader of the avant-garde band the Happy Family. He joined the Creation label in 1987 and released his second solo LP, The Poison Boyfriend. Momus moved to Cherry Red Records in the mid-'90s and found considerable success in Japan, where he eventually relocated. Since his 1986 debut, the biblical-themed Circus Maximus, he has averaged an album a year, with highlights arriving via 1998's analog Baroque Little Red Songbook, 2005's musique concrète-inspired Otto Spooky, and 2016's post-Brexit-minded Scobberlotchers.

Born in 1960, Currie spent time living in Greece and Canada before returning to Scotland to attend university. In 1981, he dropped out of school to form the Happy Family, a band additionally comprising three prior members of Josef K. After signing to the 4AD label, the group recorded only one LP, 1982's The Man on Your Street, before disbanding.

After returning to (and graduating from) university, Currie moved to London in 1984. He cut a deal with el Records and released Circus Maximus in 1986, the first offering issued under the Momus name (chosen in honor of a Greek god banished from Mount Olympus for daring to criticize the wisdom of Zeus). A move to Alan McGee's Creation label preceded the release of 1987's melancholy The Poison Boyfriend, followed by 1988's homoerotic Tender Pervert. Even more frankly sexual was the next year's Don't Stop the Night, a collection exploring taboo topics including incest and necrophilia. With 1991's Hippopotamomus -- dedicated to the late Serge Gainsbourg -- Momus came under attack; the album, dubbed "a record about sex for children," drew fire from feminists as well as a lawsuit from Michelin U.K., which objected to a lyrical reference to their mascot, the Michelin Man. (The suit was subsequently settled out of court, and all remaining copies of the album were destroyed.)

Undeterred, Momus returned in 1992 with a pair of new records, The Ultraconformist and the ambient-styled Voyager, inspired by the work of Yukio Mishima. After writing the 1993 album Shyness for Japanese performer nOrikO (who adopted her stage name Poison Girlfriend in tribute to Momus) and releasing Timelord (his final work for Creation), Currie made tabloid headlines for his 1994 marriage to 17-year-old Shazna Nessa, the daughter of a Bangladesh-born restauranteur. Currie and Nessa first met when she was just 14; after her parents learned of the relationship, she was sent back to Bangladesh to enter into an arranged marriage, but escaped to return to London to marry Currie, forcing the couple to go underground for fear that Nessa's family would kidnap her.

Currie, living in exile in Paris, subsequently signed to the Cherry Red label and resurfaced in 1995 with The Philosophy of Momus, an eclectic set veering from reggae to blues to techno that featured "The Sadness of Things," an indie hit recorded with Ken Morioka of the Japanese pop band Soft Ballet. Slender Sherbet, a collection of re-recordings of material from the Tender Pervert era, followed later in the year as Momus suddenly found success in Japan writing and producing for pop songstress Kahimi Karie, with whom he notched a string of five consecutive Top Five hits.

20 Vodka Jellies, a collection of demos performed by Momus and intended for Karie, appeared in 1996, and was the first of his records issued in the U.S. In addition to writing and producing material for Nessa's band Milky and the magazine Blender, Currie rounded out the year by writing, producing, and programming the collection This Must Stop. He issued Ping Pong in 1997, returning a year later with dynamic and inventive The Little Red Songbook. Released in 1999, Stars Forever was arguably Momus' most controversial and provocative artistic statement yet -- mounted to help defray massive legal costs facing Currie's U.S. label Le Grand Magistery, each of its songs was commissioned for $1,000 apiece by various patrons, from Japanese pop mastermind Cornelius to the staff at New York City publicity firm Girlie Action, and written to the patrons' specifications. Folktronic followed in early 2001, and two years later, Momus debuted on his own American Patchwork label with Oskar Tennis Champion.

Analog put out the two-disc Forbidden Software Timemachine: Best of the Creation Years, 1987-1993 compilation in 2003, followed by the chanson-forward Otto Spooky and Ocky Milk in 2005 and 2006. In 2008, Currie teamed up with Glaswegian producer Joe Howe for the album JOEMUS, released on the Analog Baroque imprint, with the YouTube-inspired album Hypnoprism arriving in 2010. Thunderclown, a collaboration with John Henriksson, arrived in 2011, followed by the British horror film-inspired Bibliotek in 2012. The year 2013 saw the release of Bambi, as well as the first installment of MOMUSMCCLYMONT, a collaboration with ex-Orange Juice member David McClymont. MOMUSMCCLYMONT II appeared in 2014, followed in 2015 by the triple-LP Turpsycore and Japanese folk-inspired Glyptothek.

Arriving in 2016, Scobberlotchers saw Momus taking on Brexit and the election of Donald Trump, while 2017's Pillycock was influenced, in part, by Italian director Pier Paolo Pasolini's Trilogy of Life films (Arabian Nights, The Decameron, The Canterbury Tales). He returned in 2018 with Pantaloon, a topical cabaret LP that coincided with his move to Berlin. The following year, Momus purchased an accordion in a junk shop and was inspired to compose an album featuring the instrument; titled Akkordion (mixing the German and English spellings), the LP was issued by Creation Records in October 2019. ~ Jason Ankeny, Rovi 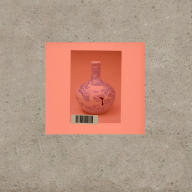 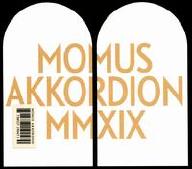 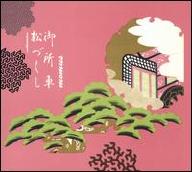 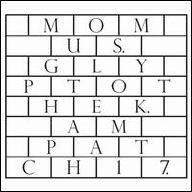 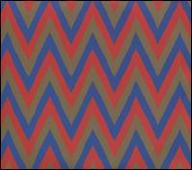 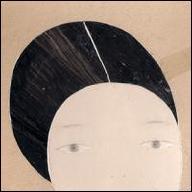 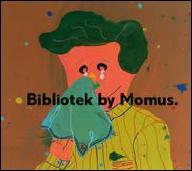 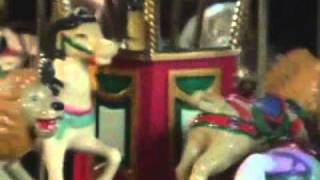 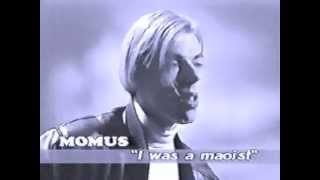 Momus: I Was a Maoist Intellectual 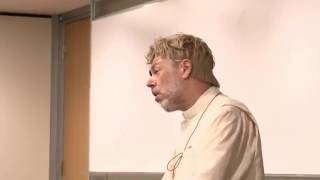 A Ted Talk With Nothing Planned | Momus | TEDxTUJ 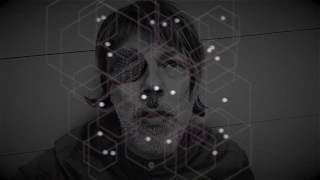 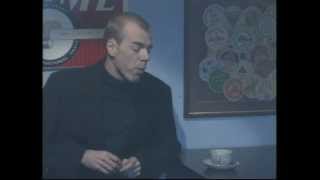 Momus: Closer to You 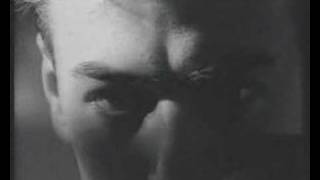 Momus - Hairstyle Of The Devil Promo 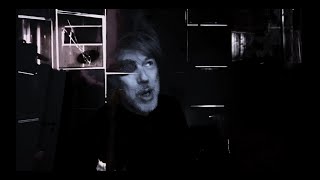