Close
Patterson Hood
from Muscle Shoals, AL
March 24, 1964 (age 57)
Biography
A songwriter who pens forceful, literate, but unpretentious stories of life in the American South, Patterson Hood is best known as the leader of the hard rock band the Drive-By Truckers, and he's also pursued a solo career as well as writing and producing for other artists. While Hood delivers both electric and acoustic material with the DBTs, he tends to save his more personal and emotionally intimate material for his solo efforts, leaving rock by the wayside in favor of low-key pop and contemporary folk. 2004's Killers and Stars was a lo-fi experiment devoted to themes that wouldn't fit his band, 2012's Heat Lightning Rumbles in the Distance featured songs inspired by an uncompleted novel by Hood, and 2020's Live at the Shoals Theatre, June 15, 2014 documented a concert with Hood performing with Jason Isbell and Mike Cooley.

Patterson Hood was born in Muscle Shoals, Alabama on March 24, 1964. His father is David Hood, a respected session musician who was the bassist with the Muscle Shoals Rhythm Section. Growing up in a musical household, Hood began writing songs when he was eight years old, and at 14 he was playing guitar in a local rock band. Hood was attending college in 1985 when he formed the band Adam's House Cat with his friend and roommate Mike Cooley. The group developed a local following and won Musician Magazine's Best Unsigned Band competition in 1988, but the band's regional success didn't lead to a wider audience, and they broke up without ever releasing their only album. Hood and Cooley continued to work together, playing as a duo under the name Virgil Kane and later in a short-lived band called Horsepussy.

In 1996, Hood and Cooley were both living in Athens, Georgia, and the pair decided to take one more stab at forming a band. The new group was called the Drive-By Truckers, whose style was informed by both country and hard rock. The band toured hard behind their first two albums, 1998's Gangstabilly and 1999's Pizza Deliverance, and the 2000 live set Alabama Ass Whuppin' documented their growing strength on-stage, but it was 2001's Southern Rock Opera that truly put the band on the map. A concept album following the rise and fall of a band not unlike Lynyrd Skynyrd and the sometimes-difficult legacies of life in the South, Southern Rock Opera earned critical praise and impressive sales. Originally released by the band's own Soul Dump Records, in 2002 Southern Rock Opera was reissued by Lost Highway Records after the DBTs were signed to a recording contract. The deal with Lost Highway proved to be short lived; the label rejected the Truckers' follow-up to Southern Rock Opera, 2003's Decoration Day, and after buying back the master, the DBTs struck a new deal with the independent New West label, who promptly released the album as-is to more critical success. Between 2004 and 2008, the DBTs would release three more albums for New West -- 2004's The Dirty South, 2006's A Blessing and a Curse, and 2008's Brighter Than Creation's Dark -- to a growing audience, supported by a rigorous touring schedule. During this period, New West released Hood's first solo album. 2004's Killers and Stars was a set of dark, acoustic-based tunes that Hood had previously distributed in a limited edition at the merch table at his occasional solo shows, and dealt with themes that fell outside the Drive-By Truckers' usual fare. Hood also branched out into production, and was behind the controls for three albums issued in 2007 -- The Scene of the Crime by Bettye LaVette (with the Drive-By Truckers as her backing band), Sirens of the Ditch by former DBTs guitarist Jason Isbell, and Hardwire Healing by the Dexateens.

In 2009, Hood delivered his second solo effort, Murdering Oscar (And Other Love Songs), a significantly more polished and confident effort than Killers and Stars that was released by Ruth St. Records. He launched a solo tour in support of the album, and that same year, he and the Drive-By Truckers had the honor of backing legendary keyboardist Booker T. Jones on the album Potato Hole. In 2010, Hood was back in action with the Drive-By Truckers for the album The Big To-Do, their first under a new deal with ATO Records. (During the interim, New West released a set the DBTs' recorded in 2008 for the PBS series Austin City Limits under the title Live from Austin, TX.) In 2011, Hood popped up on the album Welcome 2 My Nightmare by veteran shock rocker Alice Cooper, with Hood co-writing the song "I Gotta Get Outta Here" and contributing backing vocals. That same year, the DBTs were back with another studio album, Go-Go Boots, while in 2012, Hood released his third solo album, Heat Lightning Rumbles in the Distance. A set of songs drawn from an uncompleted novel Hood wrote during a period of personal crisis, Heat Lightning was his most personal work to date, and he assembled a band called the Downtown Rumblers to back him on a concert tour in support. Also in 2012, Hood released a single, "After It's Gone," with an ad-hoc group called the Downtown 13, which included members of R.E.M. and Widespread Panic; the song was written and released as part of an effort to keep big-box stores out of downtown Athens, Georgia. Hood recorded another solo track in 2013, a cover of Slim Dunlap's "Hate This Town," which appeared on the collection Songs for Slim: Rockin' Here Tonight -- A Benefit Compilation for Slim Dunlap, which was released as a fundraiser for the former Replacements guitarist after he suffered a massive stroke.

The ever-prolific DBTs released another studio album in 2014, English Oceans, and the following year, they released an epic-scale (over three hours) live album, It's Great to Be Alive!, recorded during a three-night stand at the Fillmore Auditorium in San Francisco. Hood, who often deals with political and social issues in his lyrics, wrote an op-ed piece for the New York Times on the then-growing controversy over the flying of the Confederate battle flag in the South; "The South’s Heritage Is So Much More Than a Flag" was published in July 2015. Hood continued to speak out on political and cultural division in America on the DBTs' 2016 effort American Band, which was the group's most topical effort to date. In 2018, the long-unreleased Adam's House Cat album was finally issued under the title Town Burned Down. Two more topical sets from the Drive-By Truckers followed in 2020, The Unraveling and The New OK, informed by the latter days of the Donald Trump presidency and the rise of the Covid-19 pandemic. In 2020, Jason Isbell's Southeastern label issued Live at the Shoals Theatre, June 15, 2014, a concert recording that documented a show where Hood performed as a trio with Isbell and Mike Cooley. ~ Mark Deming, Rovi 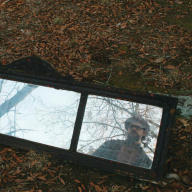 Heat Lightning Rumbles in the Distance
2012 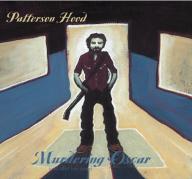 Murdering Oscar [And Other Love Songs]
2009 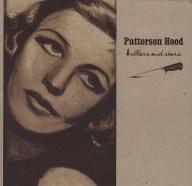 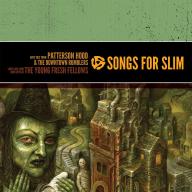 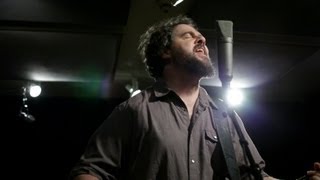 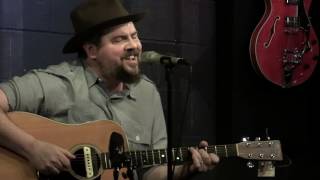 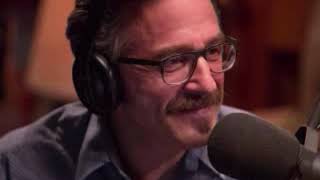 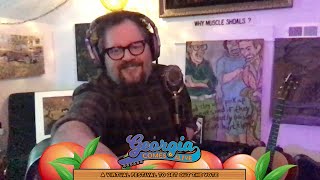 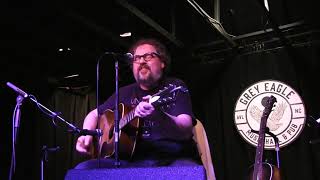 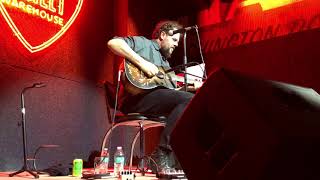