Close
Dillinger
from Kingston, Jamaica
June 25, 1953 (age 68)
Biography
A DJ as famous as his gangster namesake, Dillinger was one of the second wave of Jamaican toasters who sprung up in the wake of the success of U-Roy, Big Youth, and Dennis Alcapone. By the mid-'70s, the young Dillinger had rapped his way to the top of the pack and won international acclaim. Renowned for his quick wit, irreverent raps, and whacked sense of humor, the DJ remains one of the most innovative and humorous toasters of any era. Born Lester Bullocks on June 25, 1953, in Kingston, Jamaica, as a youth, the DJ-to-be hung around the sound systems, lending an occasional hand loading equipment for the El Paso setup, home to Dennis Alcapone. This led to the bigger DJ passing him the mic, but it was Prince Jackie's sound system that gave the teen his first regular gig. With the departure of Alcapone from El Paso, Bullocks took his place...and his name, initially DJing under the moniker Dennis Alcapone, Jr. It was producer Lee Perry who convinced the DJ to change his name, with his legendary comment: "You're different from Alcapone. You're Dillinger."

The year was 1973 and the newly christened DJ already had a considerable following amongst the sound system crowd. Perry took the young man into his Black Ark studio and proceeded to record a considerable wealth of material, releasing them as singles, debuting the DJ with Dub Organizer. None of these releases made any great impact and the following year, Dillinger tried his luck anew with producer Yabby You. The DJ was handed the rhythm from Jah Vengeance, and turned out a winning lyrical performance revolving around Rastafarian dietary strictures. Released as the Freshly single, the song became an instant hit. Dillinger was now the man in demand, and he began cutting singles for a host of producers, working with the likes of Niney Holness, Augustus Pablo, and Count Ossie across a clutch of excellent recordings. Clement Coxsonne Dodd having already produced the DJ's Killer Man Jaro single, now set Dillinger to work on his debut album. Ready Natty Dreadie appeared in 1976, and as to be expected, featured Dillinger's raps over Studio One classics.

However, only the quickest of the buying public would actually hear the title-track, a sublime version of Burning Spear's Creation Rebel. Dodd, always the businessman, decided to cash in on the current kung fu craze, replacing that song with Natty Kung Fu on later pressings. While the album certainly cemented Dillinger's standing in Jamaica, it was its follow-up, CB 200, that brought him international renown. Again, the Channel One archives supplied the backing, with the Mighty Diamonds in particular tapped for their classic rhythms, while producer Jo Jo Hookim oversaw the recording. The title-track, a version of Gregory Isaacs' Sun Shines for Me, was a smash in its own right, and a fitting tribute to Dillinger's beloved motorcycle. CB 200 was filled with hits: Plantation Heights; Crankface, where Dillinger is joined by close friend and fellow DJ Trinity; but none more so than Cocaine in My Brain, which swept the world like a drug epidemic itself.

Britain, now in the wave of a punk revolution, made Dillinger one of their own and when the DJ came to London, he performed to rapturous crowds (including a rather intimidated Joe Strummer). It was here, too, that he recorded his next album, the Clement Bushay-produced Clash, which pitted Dillinger against Trinity. These dueling DJ discs were popular in Jamaica and several of its tracks, including Rizla Skank, were island hits, but crashed and burned in a larger community desperate for more Cocaine. And the public's addiction would be Dillinger's own international downfall. Bionic Dread, also released in 1976, was produced by Hookim and featured a slew of heavy rhythms and a mouthful of excellent toasts, yet it sank without trace abroad. Talkin' Blues followed suit in 1978. Top Ranking, also released that year, was true to its title, with a clutch of fiery tracks equal to anything on CB 200. Corn Bread, Dillinger's third full-length for the year, pitted the DJ against producers Shrowder and Sevitt; all three walked away winners.

In 1979, Answer My Questions appeared, yet none of these albums made the slightest impact outside Jamaica. On the island, however, the DJ continued releasing exceptional singles and his domestic career, at least, continued on course. Between 1977 and 1979, Dillinger released a slew of domestic hits, many recorded with producer Bunny Lee, including duets with Johnny Clarke, Hortense Ellis, and Delroy Wilson. The DJ can also be heard on the superb Lamb's Bread with Sugar Minott. But Dillinger still itched for the international spotlight and he regained it later in 1979 with the long awaited follow-up to Cocaine, Marijuana in My Brain, which also titled his new album.

Once again, the DJ's international profile skyrocketed, while the single hit the top of the chart in Holland. Even the U.S. took notice, and Dillinger clinched a deal with AM, which released 1980's Badder Than Them. In a deliberate attempt to solidify his success, the DJ jumped on the electronic/new wave bandwagon that was crashing across Europe and the States. Badder was an intriguing effort, however new wave fans seemed immune to toasters, while the island was unprepared for an electro-revolution. The album fared poorly, and AM immediately lost interest.

Still, Dillinger's British fan base remained loyal, at least judging by the crowd's response on the Live at the Music Machine, recorded that year in London and released in 1981. It was evident that the DJ's stage show was as powerful as ever, a fact confined by a second live set, Live in London, that appeared the same year. This latter was recorded with the equally notorious Clint Eastwood, the elder brother of Dillinger's old dueling partner Trinity. By now, Dillinger was looking to expand his own production work and in 1982, he produced a series of 12" singles via the British Oak Sound label, both of his own material of other artists. His next album, the self-produced Join the Queue, hit the streets in 1983. However, for Funky Punk, released the same year, he brought in the Sevitt and Shrowder production team, who laid on lashes of disco-funk. The highpoint, of course, was LSD in My Brain. The pair also produced 1984's Blackboard Jungle, which was a better effort, but not quite as good as King Pharaoh, also released that year, which returned the DJ to form.

Tribal War appeared two years later and by then, it was clear that Dillinger had had his day in the sun, and he gracefully retired from music. That is for at least for a few years, until Bunny Lee and Superblack enticed him back into the studio for 1993's Say No to Drugs (an ironic title if ever there was one). The 3 Piece Suit compilation also enlivened interest in Dillinger that year and bundled up a batch of Bunny Lee-produced cuts, along with a number of King Tubby dub versions. Dillinger now returned to the stage and has continued touring ever since. At the end of the decade, the two-CD Rebel With a Cause compilation bound up a career-spanning collection of material, while Cocaine in My Brain concentrated on the '70s hits and also included almost a dozen Lee Perry cuts. The DJ has also consistently released new singles. ~ Jo-Ann Greene, Rovi 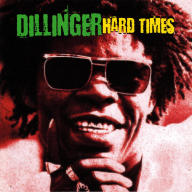 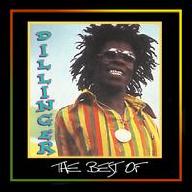 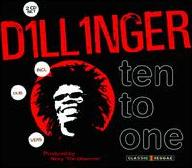 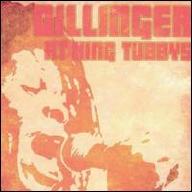 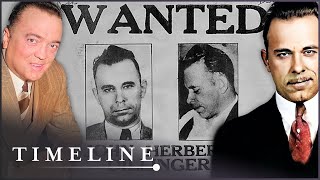 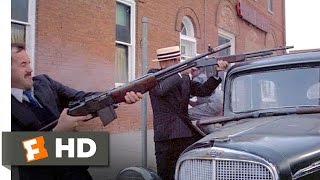 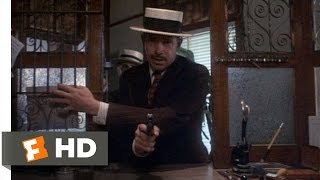 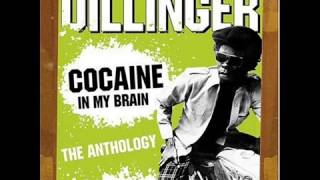 Dillinger - Cocaine In My Brain 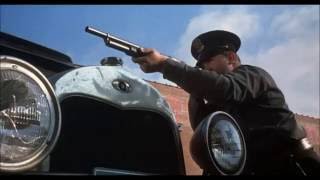 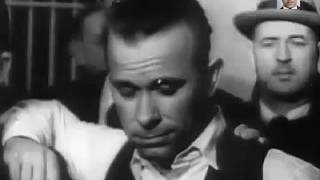