Close
Eri Yamamoto
from Osaka, Japan
Biography
Since moving to the United States from her native Japan in 1995, Eri Yamamoto has established herself as one of jazz's most original and compelling pianists and composers in crossing contemporary, progressive, and modern creative subgenres. The root of her sound is a highly personal lyricism that expresses itself most poignantly in improvisation. Unlike most pianists of her generation, she doesn't pursue a forceful athleticism, but is almost always unhurried in giving voice to an active imagination. Her three early-2000s dates for Jane Street -- 2001's Up Coming, 2002's Three Feel, and 2004's Colors -- brought her to the attention of bassist/composer William Parker and pianist/composer Matthew Shipp. The former enlisted her for his first piano trio project Luc's Lantern, and his Raining on the Moon Ensemble, who issued the critically acclaimed Corn Meal Dance. She has since appeared on more than a handful of his recordings and toured with him across the globe. She fully impressed Shipp and he brought her on to record the trio album Cobalt Blue for Thirsty Ear's Blue Series in 2006. Since making her debut with AUM Fidelity on 2008's Duologue, she has been a label mainstay, issuing more than a half-dozen trio recordings with bassist David Ambrosio and drummer Ikuo Takeuchi including 2010's In Each Day, Something Good, 2013's Firefly, and 2016's Life, all while working with others, holding down a steady gig at Arthur's Tavern, in New York's Greenwich Village, and finally, working as an educator teaching private lessons and workshops to jazz musicians of all instruments from the U.S., Japan, Europe, and North Africa.

Born in Osaka, Japan, Eri Yamamoto began playing classical piano at age three, and within five years was composing her own pieces. Throughout her education she continued to study piano, as well as viola, voice, and composition, but when she came to the U.S. for the first time in 1995 and by chance saw jazz pianist Tommy Flanagan play, she knew she had found the kind of music she truly wanted to pursue. Later that year she enrolled in the New School's Jazz and Contemporary Music program, although she had never studied anything but classical music before. In 2000, she began playing regularly with a trio at Arthur's Tavern in Greenwich Village. The following year she issued her debut album, Up Coming on Jane Street. Two more efforts for the label followed, each receiving great critical acclaim: Three Feel in 2002, and Colors in 2004. While pursuing her craft, she encountered bassist/composer William Parker and pianist/composer Matthew Shipp. She impressed them both with her lyrical, focused approach and flawless technique. The bassist selected her to sit in for Luc's Lantern, his first foray into a piano trio. In 2006, Shipp was so taken with her work he enlisted her for Thirsty Ear's Blue Series. She issued Cobalt Blue with her trio. Two years later, she worked with Parker again on Corn Meal Dance, one of his most acclaimed dates, and made her debut for AUM Fidelity on Duologue -- a series of improvised duets with Parker, Hamid Drake, and Federico Ughi -- and the trio offering Redwoods, a couple of months later. Yamamoto also played on drummer Whit Dickey's Emergence in 2009. A year later she released Pianos in duet with Yves Leveille on Effendi Records, and her own trio set In Each Day, Something Good for AUM. In addition to leading her own group and working with Parker (Wood Flute Songs, 2013), Yamamoto was the pianist in Ughi's quartet on the albums Songs for Four Cities (2012) and Before the Songs (2015). Yamamoto was busy. She released her own The Next Page in 2012 and followed it with the universally acclaimed Firefly in 2013. Yamamoto spent the next several years holding down her Arthur's gig, touring, and working in the studio with Parker on For Those Who Are, Still in 2015 and on 2016's The Great Spirit, and releasing Life with her trio.

A year later, while vacuuming at home Yamamoto started humming "Goshu Ondu," to the rhythm of the chore's movement. A traditional circle dance song from Shiga near Kyoto where her grandparents lived, it reminded her of the place she spent her childhood summers. She could hear, in the circular nature of the song, and its possibilities for a vocal chorus. Yamamoto had the thought, "Why don't I compose for choir?" She sat down, began to write for "Goshu Ondo," longhand and couldn't stop. Over three months, the two-minute song, became an hour-long suite in nine movements. She sent a demo of it to Vince Peterson, founder/director of the 50-member Choral Chameleon. He agreed to produce it without even listening to the demo: So familiar was he with Yamamoto's recordings he trusted her implicitly. After three months of rehearsals between the trio and choir, the work premiered for two nights of performances. Choral Chameleon joined the trio for Goshu Ondo Suite, recorded by AUM Fidelity and released during the fall of 2019. The previous summer, Yamamoto's trio was performing it with choirs across Europe, including a stellar performance at the 54th Heineken Jazzaldi with the Easo Choir. ~ Marisa Brown, Rovi 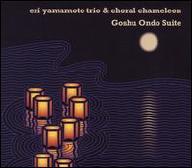 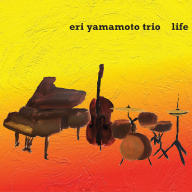 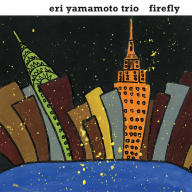 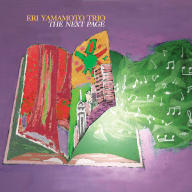 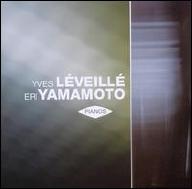 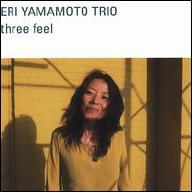 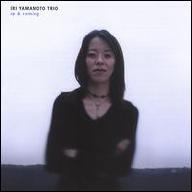 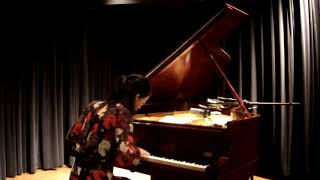 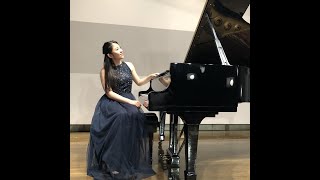 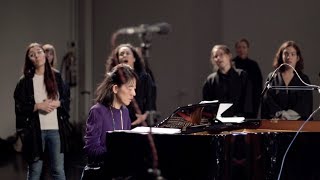 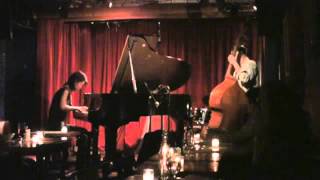 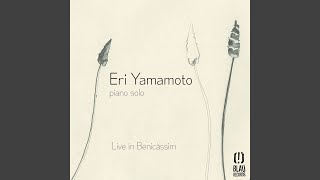 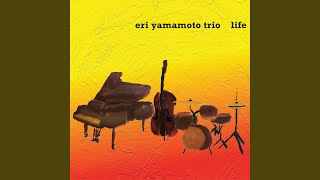 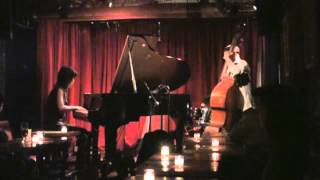