Close
Eric Andersen
from Pittsburgh, PA
February 14, 1943 (age 78)
Biography
Eric Andersen has maintained a career as a folk-based singer/songwriter since the 1960s. In contrast to such peers as Tom Paxton and Phil Ochs, Andersen's writing has had a romantic/philosophical/poetic bent for the most part, rather than a socially conscious one, though one of his best-known songs, "Thirsty Boots," is about the Freedom Riders in the early '60s. (The song has been recorded by Judy Collins and others.)

After emerging from the Northeast folk-club circuit, Andersen began to record in 1965 with Today Is the Highway. His second album, 'Bout Changes Things, contained some of his most accomplished writing, including the highly poetic "Violets of Dawn," "Thirsty Boots," and "I Shall Go Unbounded." All were sung in Andersen's flexible tenor (he shaded toward a baritone later) backed by rapid, intricate fingerpicking. In the late '60s and early '70s, Andersen experimented with country, pop, and rock music, settling on an amalgamation by the time of his masterpiece Blue River in 1972. This was also his most commercially successful album, but Andersen, like friends Leonard Cohen and Townes Van Zandt, was always too serious-minded for the mainstream. In the '70s and '80s, he recorded sporadically while playing folk clubs around the U.S. and especially in Europe, where he took up residence. His later material, including 1989's Ghosts Upon the Road, recalls his work in the '60s as it ruefully reflects on that decade. The '90s saw Andersen collaborate with friends like Rick Danko and Jonas Fjeld on Danko/Fjeld/Andersen, as well as release a solo album, 1998's Memory of the Future; Andersen also oversaw the release of Stages: The Lost Album, and a 1999 reissue of Blue River. You Can't Relive the Past. Beat Avenue, from 2003, was an ambitious double-CD while 2004's The Street Was Always There was a nostalgic look back at the music of the New York Greenwich Village scene of the early to mid-'60s. 2005's Waves was another album of covers, but with broader material. Andersen released Blue Rain, his first live album, in May 2007. That same year, the compilation So Much on My Mind was issued. The set drew on both catalog tracks and live performances and was issued on Columbia, Arista, and Warner Brothers.

Andersen continued to tour and take part in significant cultural events. In 2008, he performed at the Andy Warhol Week Celebration at the Gershwin Hotel (Debbie Harry played the same evening) and received an "Andy" award -- other recipients included Lou Reed, Ultra Violet, Billy Name, and Holly Woodlawn. The following year he performed on the BBC program Greenwich Village Revisited, hosted by Billy Bragg; other guests included Carolyn Hester, Roger McGuinn, and Judy Collins. Andersen also took part in the international celebrations centering around the 50th anniversary of the publication of William Burroughs' Naked Lunch. He contributed an essay entitled "The Danger Zone" to the volume Naked Lunch @ 50: The Anniversary Essays, edited by Oliver Harris and Ian MacFadyen and published by the Southern Illinois University Press.

In 2011, Andersen issued his second live offering, The Cologne Concert, through Meyer Records. Along with deep catalog material, the set offered a pair of new songs in "The Dance of Love and Death" and "Sinking Deeper Into You." In May of 2012 he became a member of the newly created European Beat Studies Network under the auspices of William S. Burroughs scholar Oliver Harris. That fall, he was commissioned by Catherine Camus to write original material for the centennial celebration of her father Albert Camus' 100th birthday in Aix en Provence, France. Andersen delivered a song cycle entitled The Shadow and Light of Albert Camus, recorded and released through Meyer in 2014.

On September 3, 2015 Andersen took part in a V.I.P. charity concert in Grand Hall at Newstead Abbey Park, the ancestral home of the poet Lord Byron in Ravenshead, Nottingham, U.K. (in Sherwood Forest). Andersen played music he set to Byron’s verse and offered entirely new compositions in the poet's rhyme style. This project was written and developed over the previous two years. Andersen later recorded the songs and issued them as Mingle with the Universe: The Worlds of Lord Byron in the spring of 2017. ~ William Ruhlmann, Rovi 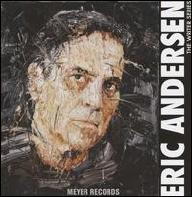 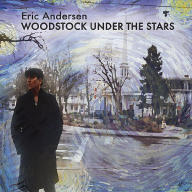 Woodstock Under the Stars
2020 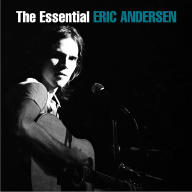 Be True to You/Sweet Surprise
2017 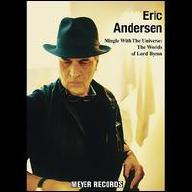 Mingle with the Universe: The Worlds of Lord Byron
2017 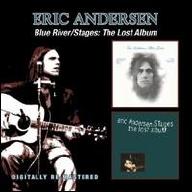 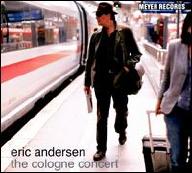 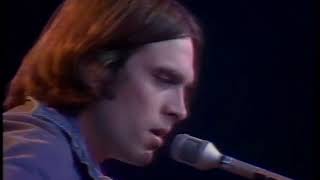 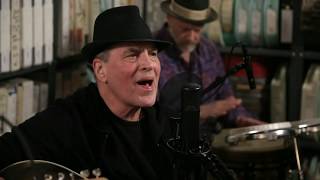 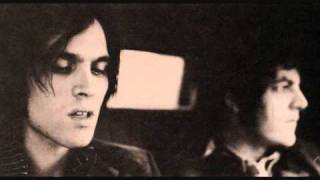 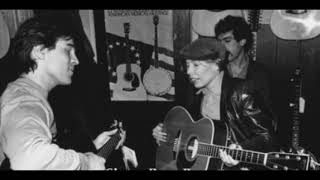 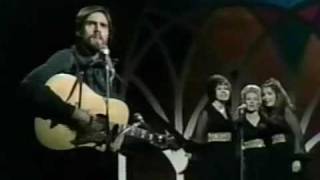 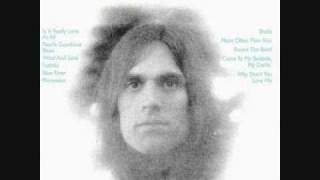 Eric Andersen - Is It Really Love at All? 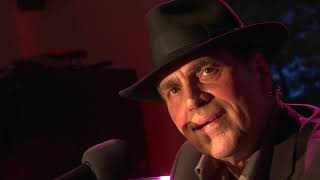