Close
Michael Giles
from Bournemouth, Dorset, England
January 1, 1942 (age 79)
Biography
Michael Giles is sort of the odd man out in the pantheon of top progressive rock drummers. As it is, Carl Palmer and Bill Bruford tend to get the lion's share of admiration between them, the former if flash and volume are the listener's concerns, and the latter if subtlety (and the intricacies of jazz) are on their list of essentials, but Giles deserves to be in there somewhere, if only for his technical proficiency -- he might not have been as visible or active as Palmer or Bruford, but behind the kit on the first King Crimson album, as a member of McDonald Giles, or as a member of the 21st Century Schizoid Band, he makes the drums do things that most of us don't expect them to, on top of holding the rhythm.

Borrn in 1942 in Winton, Dorset, England, the elder of two sons, Michael Giles started playing professionally at age 22 as a member of the Trendsetters Ltd. with his younger brother Peter Giles, who played bass. They lasted there for two years and then quit with the intention of forming a group of their own, and were in search of a keyboard player who sang -- instead, they found Robert Fripp, a guitarist who didn't. The team-up took after a summer of rehearsals in 1967, and Giles, Giles Fripp made their formal debut in a club engagement backing an Italian singer. That gig wasn't successful, but they lasted long enough to prepare a demo tape of some ideas they'd working into songs, which made its way to the songwriting/producing team of Wayne Bickerton and Tony Waddington, who were impressed enough with the trio's mix of jazz and pop sounds, and their satiric edge, so that Bickerton -- who was the head of A&R for Decca Records' progressive Deram label -- signed them to a contract.

Giles, Giles Fripp never caught on commercially and, indeed, their album was for many years one of the poorest selling in the whole Deram catalog, but they went through some personnel changes, added Ian McDonald and, for a time, folksinger Julie Dyble, losing Peter Giles along the way, and evolved into King Crimson. The formation of the latter group coincided with a blooming of Michael Giles' playing -- as the drummer in the band, he played a heavily proactive role in forging the group's sound, not only in the sudden tempo changes that characterized much of their music (most notably 21st Century Schizoid Man) but also pieces like Moonchild and I Talk to the Wind, on which his percussion work took on a melodic role; he later revealed that he was very much a de facto music coordinator on the album Court of the Crimson King, pulling the different sections of tracks written by or featuring Fripp and keyboard player/singer Ian McDonald into a cohesive, coherent whole. The range of his playing, and its complexity and speed, should have put Giles into the forefront of rock musicians, but the band splintered following their one-and-only American tour late in 1969, and it was more than two years before in intact group called King Crimson -- without Giles in the lineup -- went before the public. In the meantime, Giles, who officially quit the band in early 1970 and returned briefly to play on a second album, formed a duo with fellow Crimson refugee Ian McDonald called McDonald Giles, which left behind one critically acclaimed self-titled LP.

Over the next few years, he worked as a session musician, playing with Terry Reid in his performance at the Isle of Wight (a performance for which he was pressed into service at the last possible moment), Steve Winwood, Zoot Money, Kevin Ayers, Yvonne Elliman, Francis Monkman, Rupert Hine, John G. Perry, et al. Meanwhile, progressive rock fans latched onto the playing of Carl Palmer and Bill Bruford, working within the context of ELP and Yes and the slightly later edition of King Crimson, respectively, and elevated them to the status of art-rock gods at the drum kit. Giles worked on a solo album in the late '70s that never saw the light of day, and he generally worked his quiet way behind the music scenes -- his most visible project was Ghost Dance, cut in partnership with slightly later Crimson member Jamie Muir. Then, in 2002, he became part of the 21st Century Schizoid Band, a group of ex-King Crimson members from the first phase of the group's existence (plus his brother Peter) -- they cut an album and toured, and released a full-length concert video, from a tour of Japan. Those recordings and performances showed Giles picking up precisely where he'd left off in 1970, ranging across a vast array of time signatures and patterns, and making his drums almost seem to sing at times -- and also brought back into focus his own singing, which had often been overlooked on the Crimson debut LP.

Never big on touring, Giles has since yielded the drummer spot in the Schizoid Band to Ian Wallace, his once and again successor in King Crimson. Although he's never been overly involved in delving into his own past, he has been able -- like the other members of the original group -- to bask in the glow of archival Crimson live recordings that have surfaced in recent years, from those first six months of the band's existence, with some pride, and has seen an expanded and remixed version of McDonald Giles get released on CD. ~ Bruce Eder, Rovi 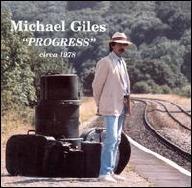 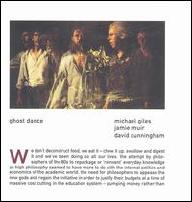 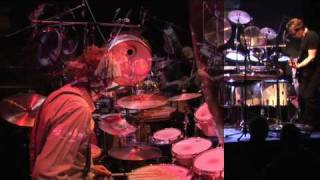 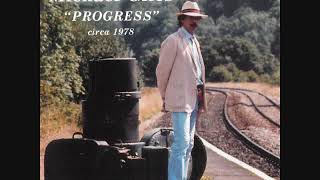 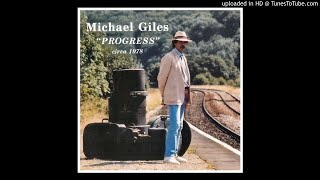 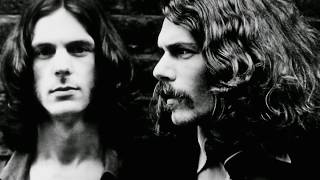 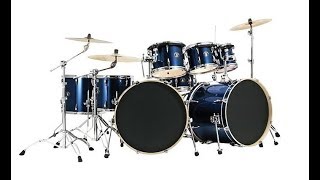 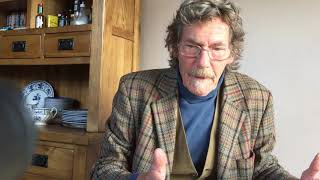 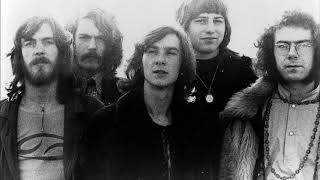