Close
Al Foster
from Richmond, VA
January 18, 1943 (age 78)
Biography
A master drummer known for his intense groove, Al Foster has remained a top-call performer for over five decades. Following his emergence backing trumpeter Blue Mitchell in the 1960s, Foster gained wide acclaim as a member of Miles Davis' fusion ensembles of the '70s and '80s, appearing on albums like On the Corner, Agharta, and The Man with the Horn. Over the years, he has played with a list of name players including Joe Henderson, Bobby Hutcherson, Herbie Hancock, and more. Though he has only recorded a handful of solo albums, including 1978's Mixed Roots and 2019's Inspirations Dedications, he has performed regularly with his own groups and remains a respected leader.

Born Aloysius Tyrone Foster in 1943 in Richmond, Virginia, Foster grew up in Harlem, New York where he was first introduced to jazz by his father, an amateur bassist. Given a drum set at a young age, he practiced daily, drawing inspiration from many of the renowned musicians he was able to see live at the famed Apollo Theatre, including Miles Davis, Art Blakey, Dave Brubeck, and John Coltrane, among others. In 1964, Foster joined trumpeter Blue Mitchell's group, playing on such iconic Blue Note recordings as The Thing to Do, Down with It!, and Heads Up.

Following a period working with the house band at New York's Playboy Club, Foster joined Miles Davis' group, debuting alongside fellow drummers Jack DeJohnette and Billy Hart on the classic 1972 album On the Corner. With the departure of DeJohnette, he became Davis' main drummer, touring with the trumpeter for the next several years and appearing on such boundary-pushing fusion albums as 1974's Big Fun, 1975's Agharta, and 1976's Pangaea.

Also during the '70s, Foster began composing and leading his own band. In 1978, he released his debut album as a leader, Mixed Roots, which featured contributions from saxophonists Michael Brecker and Bob Mintzer, bassist Jeff Berlin, and more. Along with his continued work with Davis, the drummer branched out in the late'70s and early '80s recording with a bevy of luminaries including Duke Jordan, Horace Silver, Sonny Rollins, Joe Henderson, Freddie Hubbard, and others.

After Davis returned from his self-imposed six-year exile, Foster joined him in the studio, appearing on 1981's The Man with the Horn, 1984's Decoy, 1985's You're Under Arrest, and 1989's Amandla. Throughout the '80s, the drummer continued to balance his work in contemporary and fusion idioms with more acoustic post-bop dates, appearing with Branford Marsalis, Randy Brecker, Carmen McRae, George Benson, and Donald Byrd. In the '90s, he recorded notable sessions with Joe Henderson, Steve Kuhn, Bobby Hutcherson, Roy Hargrove, and others. He also began leading more of his own groups and in 1997 released his second solo album, Brandyn, with saxophonist Chris Potter, pianist Dave Kikoski, and bassist Doug Weiss. He also recorded as a member of saxophonist David Liebman's Quest, playing with pianist Richie Beirach and bassist George Mraz.

Foster's solo output increased in the 2000s as he joined saxophonist Joe Lovano, guitarist John Scofield, and bassist Dave Holland in the supergroup ScoLoHoFo for their 2003 debut Oh!. He then issued the 2008 quartet date Love, Peace, and Jazz! Live at the Village Vanguard. In 2012, he paired with pianist David Birnbaum and bassist Weiss for the trio album Three of a Mind. There were also albums with Eddie Henderson, Larry Willis, Kenny Barron, and more. In 2019, Foster made his Smoke Sessions debut with Inspirations Dedications, featuring his quartet with trumpeter Jeremy Pelt, saxophonist Dayna Stephens, pianist Birnbaum, and bassist Weiss. ~ Matt Collar, Rovi 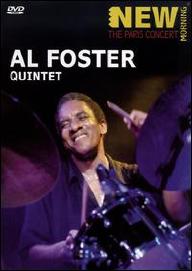 The New Morning: The Paris Concert
2008 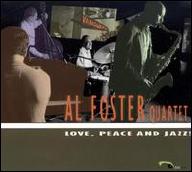 Love, Peace and Jazz! [Live at the Village Vanguard]
2008 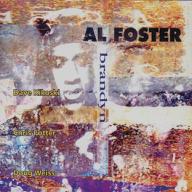 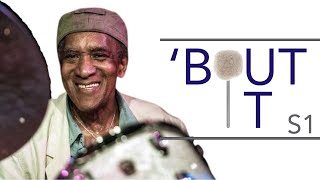 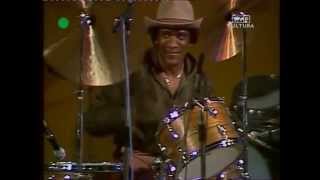 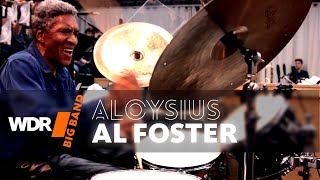 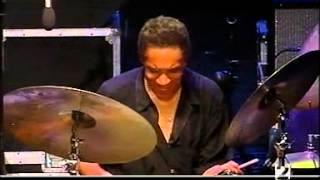