Close
Skitch Henderson
from Halstad, MN
January 1, 1918 - November 1, 2005 (age 87)
Biography
Conductor and pianist Skitch Henderson followed a long stint as musical director for crooner Frank Sinatra with his most famous gig: bandleader of NBC television's #The Tonight Show with Johnny Carson. Born Lyle Russell Cedric Henderson in Birmingham, England, on January 27, 1918, he was the son of a church organist and enrolled in the London Conservatory at age seven. Henderson relocated to the U.S. in the late '20s, spending his adolescence in the care of relatives. Despite studying composition under Arnold Schoenberg and conducting under Fritz Reiner, he paid his dues as a roadhouse pianist in clubs across Minnesota and Montana before settling in Los Angeles, working in radio and theater orchestras before landing a gig as the accompanist on a 1937 MGM promotional tour featuring Judy Garland and Mickey Rooney. After returning to Hollywood, Henderson remained on the MGM payroll, accompanying singer Dolores Reed. Upon meeting Reed's future husband, comedian Bob Hope, he was hired to play piano on Hope's Pepsodent-sponsored radio program. Hope also introduced Henderson to crooner Bing Crosby, who suggested the pianist adopt his nickname full-time: "I was called 'the sketch kid' because of the way I would quickly sketch out a new score in a new key," he later recalled. "And Bing said, 'If you're going to compete, get your name straightened out. People always forget Christian names but they never forget nicknames.'"

During World War II, Henderson returned to Britain to serve in the Royal Air Force, and upon earning his American citizenship, he fought with the U.S. Army Air Corps as well. After completing his tour of duty he signed to RCA Victor as a pianist and arranger, most notably replacing Joe Bushkin on several Tommy Dorsey recordings featuring the young Sinatra. Henderson eventually relocated to New York City, assembling his own orchestra to serve as the house band at Jimmy McCabe's Pennsylvania Hotel; after a lengthy residency the group attempted to mount a 1949 road tour. The results were disastrous, and when Sinatra called asking Henderson to serve as musical director for his new radio showcase Light Up Time, he immediately accepted. Henderson did double duty for Sinatra, additionally conducting the singer's nightly live sets at the Copacabana. However, with the demise of radio and the emergence of television, Light Up Time was canceled, and after filling in for the legendary Arturo Toscanini at the helm of the NBC Orchestra, Henderson was hired as musical director of the broadcaster's TV network. He worked on a number of programs before joining the original #Tonight Show with Steve Allen shortly after its 1954 premiere. NBC execs replaced Henderson with Jose Mellis when Jack Paar took over for Allen in 1957, but returned the baton to Henderson in 1962 when Johnny Carson began his legendary run as host.

In addition to his work in television, Henderson also conducted hundreds of LPs including his own Sketches by Skitch, Skitch Tonight!, and Lush and Lovely, winning a Grammy for a 1963 recording of George Gershwin's Porgy and Bess cut with the RCA Victor Orchestra and Chorus featuring Leontyne Price and William Warfield. After exiting #The Tonight Show in 1966, Henderson shifted his focus to classical music, and was largely out of the public eye for close to a decade until he was indicted in mid-1974 on charges of income tax evasion and eventually convicted of wrongly reporting that he donated musical scores and arrangements valued at 350,000 dollars to the University of Wisconsin. He later served a six-month sentence in a minimum-security federal prison. In 1983 Henderson and wife Ruth founded the New York Pops Orchestra, which in the years to follow grew to become the largest independent symphony orchestra in the U.S. In addition to its appearances at its home in New York's Carnegie Hall, the Pops in 1995 inaugurated a summer series in city parks. In 2005 Henderson was the subject of the Smithsonian Institute exhibit "Skitch Henderson: A Man and His Music," in addition receiving the organization's James Smithson Bicentennial Medal in recognition of his contributions to American art and culture. He died at his home in New Milford, CT, of natural causes on November 1, 2005. ~ Jason Ankeny, Rovi 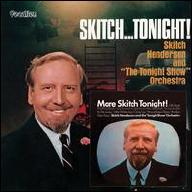 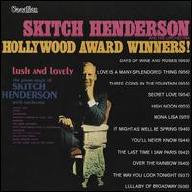 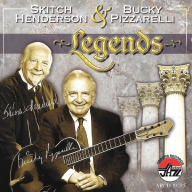 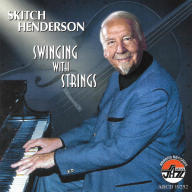 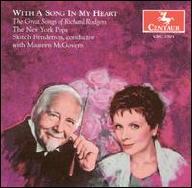 With a Song in My Heart: The Great Songs of Richard Rodgers
2000 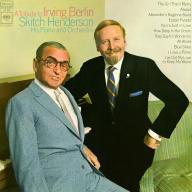 A Tribute to Irving Berlin
1968 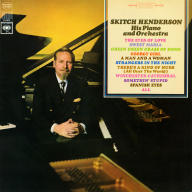 The Eyes of Love
1996
Videos
Close 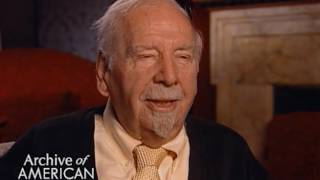 Skitch Henderson on why he left "The Tonight Show" 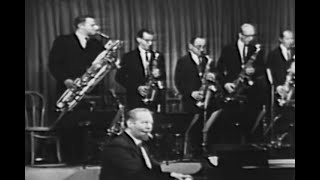 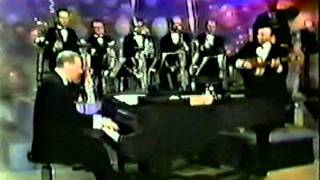 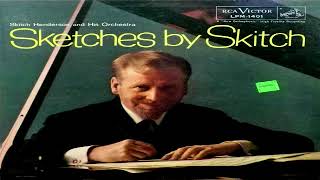 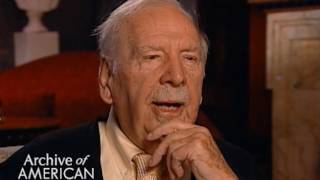 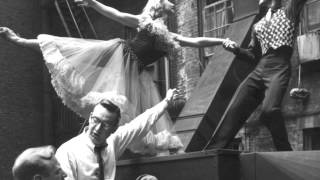 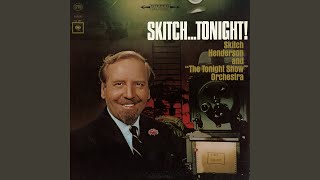