Close
Johnny Winter
from Beaumont, TX
February 23, 1944 - July 16, 2014 (age 70)
Biography
When Johnny Winter emerged on the national scene in 1969, the hope, particularly in the record business, was that he would become a superstar on the scale of Jimi Hendrix, another blues-based rock guitarist and singer who preceded him by a few years. That never quite happened, but Winter did survive the high expectations of his early admirers to become a mature, respected blues musician with a strong sense of tradition.

He was born John Dawson Winter III on February 23, 1944, in Beaumont, Texas, where his brother Edgar Winter was born on December 28, 1946; both brothers were albinos. They turned to music early on, Johnny Winter learning to play the guitar, while Edgar Winter took up keyboards and saxophone. Before long they were playing professionally, and soon after that recording singles for small local record labels. Both of them were members of Johnny the Jammers, whose 45 "School Day Blues"/"You Know I Love You" was released by Dart Records in 1959. Other singles, either credited to Winter or some group pseudonym, were released over the next several years, including "Gangster of Love"/"Eternally," initially issued by Frolic Records in 1963 and picked up for national distribution by Atlantic Records in 1964, and "Gone for Bad"/"I Won't Believe It," also a 1963 Frolic single that was licensed by MGM Records in 1965. Winter had his first taste of chart success with a version of "Harlem Shuffle," recorded by the Traits, which was released by Universal Records, then picked up by Scepter Records and spent two weeks in the Billboard Hot 100 in November 1966.

In 1968, Winter decided to focus exclusively on blues-rock, and he formed a trio with Tommy Shannon on bass and John Red Turner on drums. He signed with the Austin, Texas label Sonobeat Records, and in August cut The Progressive Blues Experiment, released locally. His life was changed irrevocably with the publication of the December 7, 1968, issue of Rolling Stone magazine, which contained an article by Larry Sepulvado and John Burks about the Texas music scene. "The hottest item outside of Janis Joplin," they wrote, "...remains in Texas. If you can imagine a hundred and thirty-pound cross-eyed albino with long fleecy hair playing some of the gutsiest fluid blues guitar you have ever heard, then enter Johnny Winter." Among those who read the article was New York club owner Steve Paul, who hopped a plane to Texas and convinced Winter to hire him as manager. Paul set up a bidding war among major record labels that was won in February 1969 by CBS Records, which signed Winter for an advance of $600,000, the largest sum the label had ever paid to a new solo artist.

Winter quickly went into a recording studio with his band to cut his debut for CBS' Columbia label, but in the meantime other labels discovered that he had made a lot of recordings in his youth, and they began buying or leasing the early material. Imperial Records bought The Progressive Blues Experiment from Sonobeat and re-released it in March 1969; it entered the charts and peaked at number 40. Winter's Columbia debut, titled Johnny Winter, was released on April 15 and peaked at number 23. In August, GRT Records released The Johnny Winter Story, consisting of material recorded in the early '60s; it got to number 111. In October, Buddah Records followed with First Winter, and Janus Records released About Blues in November. (Unfortunately, repackagings of Winter's early recordings continued to litter his discography throughout his career.)

Meanwhile, Winter appeared at the Woodstock festival in August 1969. (In 2009, The Woodstock Experience, an album of his performance, was released.) His second Columbia album, Second Winter, was released in November 1969 and reached number 55. In the spring of 1970, he disbanded his trio and enlisted the former members of the McCoys to back him: Rick Derringer (guitar), Randy Jo Hobbs (bass), and Randy Z. (drums). The group was dubbed "Johnny Winter And." Their self-titled album was released in September and peaked at a disappointing number 154, but they followed with a concert collection, Live Johnny Winter And, released in February 1971, and it reached number 40; in 1974, it was certified gold. (In 2010, Collectors' Choice Music released another concert recording from the Johnny Winter And band, Live at the Fillmore East 10/3/70.)

Winter was not able to capitalize on the career momentum generated by the success of Live Johnny Winter And. He had become addicted to heroin and suffered from suicidal depression, as a result of which he suspended his career and went home to Beaumont. In this age before rehabilitation clinics, he was hospitalized, initially in Beaumont and then, for nine months, at River Oaks Hospital in New Orleans. His next appearance on disc was as a guest on Roadwork, the live album released by Edgar Winter's White Trash in March 1972, which was preceded by Edgar Winter's introduction in which he said people kept asking him, "Where's your brother?" Johnny Winter was not able to return to action full-time until the release of his comeback album, Still Alive and Well, in March 1973. The album, which featured "Silver Train," a song specially written for Winter by Mick Jagger and Keith Richards, peaked at number 22.

Winter returned to touring. His next album, Saints Sinners, appeared in February 1974 and peaked at number 42. Before the year was out, he had another one ready, and John Dawson Winter III, featuring "Rock & Roll People," a song specially written for Winter by John Lennon, was released in November, peaking at number 78. For Captured Live!, Winter was transferred to a Steve Paul-created custom label within CBS, Blue Sky Records. The album was released in February 1976 and peaked at number 93. Edgar Winter was also on Blue Sky, and the brothers combined for a live album, Together, released in June, which peaked at number 89.

Veteran bluesman Muddy Waters was signed to Blue Sky, and Winter became his producer on a comeback LP, Hard Again, released in February 1977. It won the Grammy Award for Best Blues Album. Winter toured with Waters' band, then took them into the studio for his next album, Nothin' But the Blues, released in July 1977. It peaked at number 146. Another Winter-produced Waters album, I'm Ready, came out in February 1978 and was another Grammy winner. Winter returned to working with his usual band for his next album, White, Hot Blue; the album, released in July 1978, got to number 141. Raisin' Cain, recorded in more of a rock mode, appeared in March 1980 and failed to chart, concluding Winter's CBS contract.

Winter signed to the independent blues label Alligator Records, for which he made Guitar Slinger, released in May 1984. It returned him to the charts, and its follow-up, Serious Business (September 1985) was another chart entry. He completed his commitment to Alligator with 3rd Degree (November 1986). He was then signed by Voyager Records, distributed by MCA Records, for The Winter of '88 (October 1988). The album represented an attempt to take him in the more commercial direction of ZZ Top's synthesized blues-boogie, but the attempt backfired, and the album did not chart. Winter returned to more of a straight-ahead blues approach after signing to Virgin Records' Point Blank/Charisma imprint on his next album, Let Me In (July 1, 1991). He followed it with Hey, Where's Your Brother? (November 3, 1992).

Winter focused more on concert work than recording after the early '90s. For Live in NYC 1997 (March 10, 1998), he had fans vote on the tracks to be included. Six years passed before the release of I'm a Bluesman (June 15, 2004). Winter inaugurated a series of archival concert collections on Friday Music with Live Bootleg Series, Vol. 1 (October 9, 2007), which was followed by Vol. 2 (March 4, 2008), Vol. 3 (July 29, 2008), Vol. 4 (February 10, 2009), and Vol. 5 (June 30, 2009). Meanwhile, a concert appearance resulted in his first new album in five years, Live at the 2009 New Orleans Jazz Heritage Festival, released by Munck Mix on December 15, 2009. On January 12, 2010, he released Live Bootleg Series, Vol. 6. In September 2010, he announced that he had signed to Megaforce Records. His label debut, Roots, appeared in 2011. True to the Blues: The Johnny Winter Story, a multi-disc retrospective spanning his six decades as a professional musician, celebrated his 70th birthday in early 2014, but Winter passed away on July 16 while on tour in Switzerland during the summer of that year. His final album, the guest-laden Step Back, was released a little over a month later, and it showed his skills as a guitar player in his last days had not diminished. ~ William Ruhlmann, Rovi 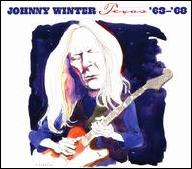 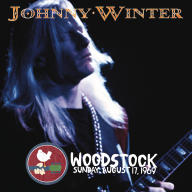 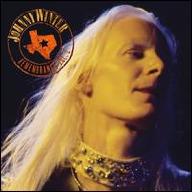 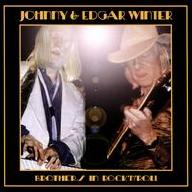 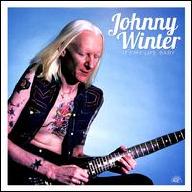 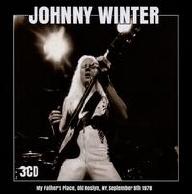 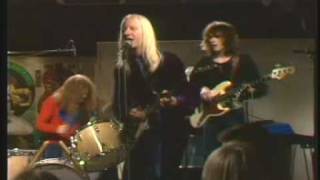 Johnny Winter - Be Careful With A Fool 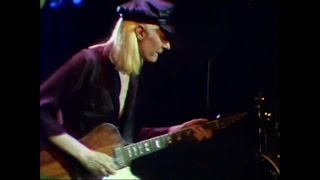 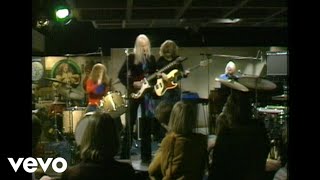 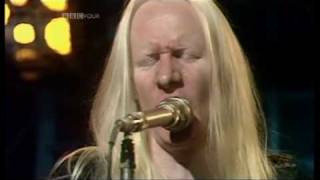 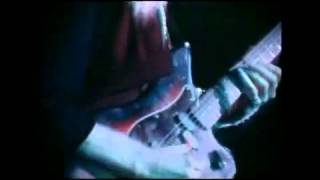 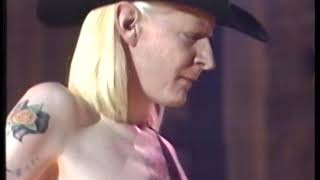 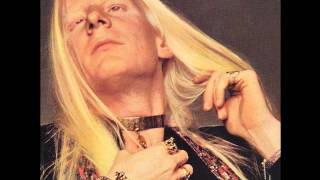