Close
Betty Hutton
from Battle Creek, MI
February 26, 1921 - March 12, 2007 (age 86)
Biography
Known as one of the most versatile and energetic entertainers of all time, Betty Hutton has been a band singer, performed on and off Broadway, in motion pictures, on-stage, and in nightclubs. Her acting range has proven her capable of both comedic and dramatic roles, in addition to the expected musical ones.

Hutton was born Betty June in Battle Creek, MI, to a railroad worker and a homemaker. Her sister, Marion Hutton, also flourished in the entertainment industry as a singer with the Modernaires and the Glenn Miller Orchestra. In 1923, Hutton's father left the family and her mother moved to Detroit, seeking a better life for her children. At the age of nine, Hutton began her singing career in a school performance. With her mother's encouragement, she sang in beer gardens and for local and resort bands. In 1936 she traveled to Broadway, but returned to Detroit after being told she would never make it.

Determined to succeed, Hutton continued to sing and dance in clubs in Detroit. At the Continental Club in Detroit, she got a break when Vincent Lopez signed her to sing with his orchestra under the name Betty Darling. In 1939, she performed in several short musical movies: #One for the Book with Hal Sherman, #Three Kings and a Queen, and #Public Jitterbug #1 with Chaz Chase, Hal LeRoy, and Emerson's Sextette. With determination and effort, Hutton finally made it to Broadway in 1940. She made her Broadway debut in +Two for the Show with then newcomers Eve Arden, Alfred Drake, Richard Haydn, Tommy Wonder, and Keenan Wynn.

She was well on her way to a successful musical career when she met producer B.G. DeSylva. He gave her a role in his Broadway musical +Panama Hattie. She sang Fresh as a Daisy, They Ain't Doin' Right by Our Nell, and All I Gotta Get Is My Man. The chorus included such singing greats as Lucille Bremer, Janis Carter, and Vera Ellen. When DeSylva took over Paramount in 1941, Hutton's career only flourished more. She performed in 14 films in 11 years, including #Happy Go Lucky, #Annie Get Your Gun with Howard Keel, #Let's Dance with Fred Astaire, and #The Miracle of Morgan's Creek. In 1952, after a dispute with Paramount, Hutton left Hollywood and films to perform on Broadway, in concerts and nightclubs, and to record her works.

Without looking back on her film disappointment, Hutton performed in London for three weeks at the Palladium Theater. In 1953, she returned to New York to perform in the Palace Theater with the Skylarks and comedian Dick Shawn. She performed many motion picture hits and received rave reviews. The next 12 years saw Hutton making television appearances on such programs as #Gunsmoke and #Burke's Law. In 1967, Hutton's life turned to despair as her mother passed away and she declared bankruptcy.

Getting her life back in order, Hutton decided to pursue an education in 1974. She attended Salve Regina University and earned a bachelor's degree. Shortly after she earned her master's degree and was awarded and honorary Ph.D. With her newfound zest for life, she began teaching acting and singing classes at the university. In 1985 she received an Award of Achievement from the Musical Theater Society of Emerson College in Boston for her contributions to musical theater.

Despite many setbacks, Hutton is recognized for her versatile singing and dancing techniques. She passed away in Palm Springs, CA, on March 12, 2007, at the age of 86. ~ Kim Summers, Rovi 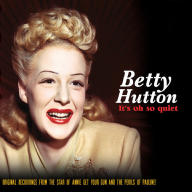 It's Oh so Quiet [Blow a Fuse] 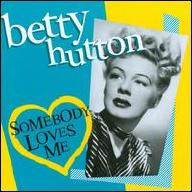 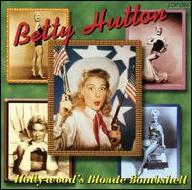 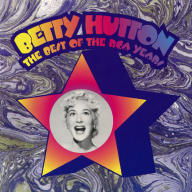 The Best of the RCA Years
1996
Videos
Close 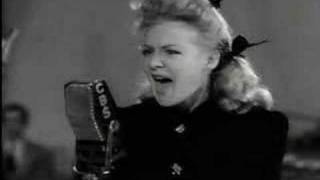 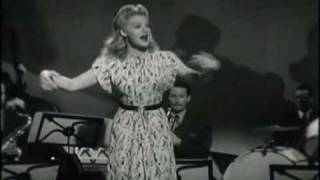 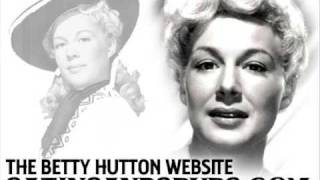 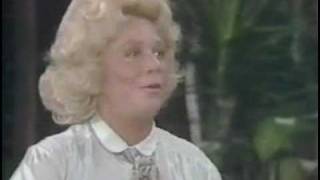 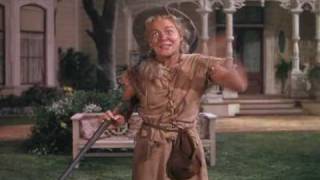 Betty Hutton sings "You Can't Get A Man With A Gun"
Available here: