Close
The Good, the Bad & the Queen
from London, England
formed January 1, 2006 (age 16)
Biography
"The Good, the Bad & the Queen" refers to all the subjects that live under the London sun, so it's a fitting if awkward moniker for a project -- not a band, as its leader has strenuously asserted -- designed by Blur frontman Damon Albarn as a way to return to writing about England, specifically London, the subject that brought him to fame in the mid-'90s as one of the leading lights of Brit-pop. As he was completing work on Gorillaz's second album, Demon Days, he began working on the Good, the Bad the Queen, which actually had its roots in an older project. Shortly after the turn of the millennium, he teamed up with Fela Kuti drummer Tony Allen after the drummer heard that Albarn name-checked him in the chorus of "Music Is My Radar," the bonus track added to the 2000 comp The Best of Blur. During 2004, Albarn headed to Nigeria with former Verve guitarist Simon Tong to record with Allen and other African musicians, but before the album was completed he turned his attention toward Demon Days.

At the end of those sessions, Albarn gave the Nigerian tapes to Gorillaz producer Danger Mouse and the music radically evolved into the Good, the Bad the Queen, with the idea that this, despite its African origins, would be music about London. Initially, Albarn toyed with the idea that this would be a solo project, but it turned into a full-fledged band -- a band that now needed a bassist. Albarn called up Clash bassist Paul Simonon, who had retired from music over a decade earlier to paint. Simonon was convinced to join the project, which now had an irresistible angle: the auteurs behind Parklife and London Calling, two quintessentially London LPs and two bona fide classics, were teaming up to make music about the town again. The resulting music may have had sounded little like either Parklife or London Calling -- it was a moody, languid affair, owing much to the Specials -- but it bore trademarks of all four musicians, from Albarn's ongoing obsession with music hall and pop songwriting to Simonon's loping basslines to Allen's rhythms to Tong's sensitive tonal colorings.

Before they released a record, the Good, the Bad the Queen first started playing concerts, unveiling their complete album at a series of concerts, culminating with a gig at Camden's Roundhouse just before their debut single, "Herculean," hit the shops. This spooky single appropriately surfaced the day before Halloween in 2006, followed by "Kingdom of Doom" in January 2007. The full-length The Good, the Bad the Queen appeared that month as well on both sides of the Atlantic, greeted with uniformly positive (sometimes enthusiastic) reviews. Shortly after the album's release, Albarn began to insist in press interviews that this band had no official name, a bit of an odd move considering the numerous articles, written in 2006 as the group was recording that called the outfit the Good, the Bad the Queen. The quartet went on tour in the spring of 2007, playing events in New York and the Coachella festival.

The Good, The Bad The Queen went quiet after 2007, yet the members stayed in contact. Simonon and Tong both appeared on Plastic Beach, the 2010 album by Gorillaz, while Albarn and Allen teamed up with Flea for the 2012 album Rocket Juice the Moon. TGTBTQ reunited to play an anniversary concert for Greenpeace at London's Coronet Theatre in November 2011, while Allen and Tong played on Albarn's Dr. Dee album in 2012. It wasn't until 2014 that Albarn announced the possibility of a new album from the Good, The Bad The Queen, but the record he murmured about that year never appeared. The group didn't return to action until November of 2018, when they released Merrie Land. Produced by Tony Visconti, Merrie Land chronicled Britain during the era of Brexit. ~ Stephen Thomas Erlewine, Rovi 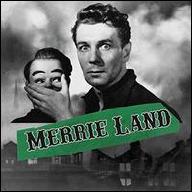 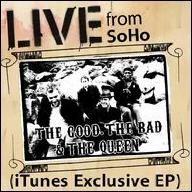 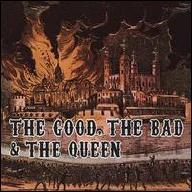 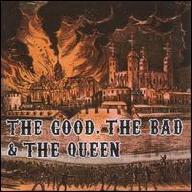 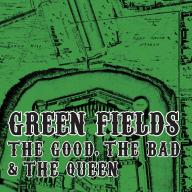 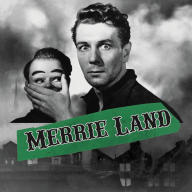 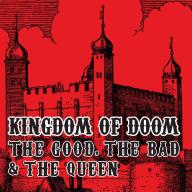 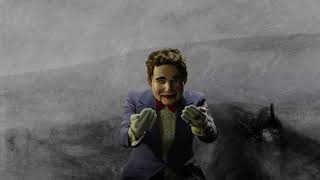 The Good, The Bad & The Queen - Merrie Land (Official) 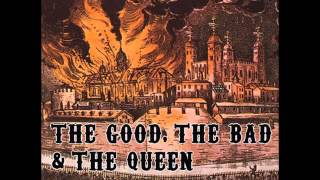 The Good The Bad and The Queen (Full Album) 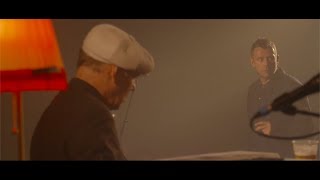 The Good, The Bad & The Queen - Nineteen Seventeen (Live Video) 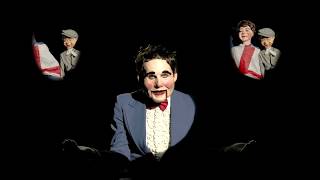 The Good, The Bad & The Queen - Gun To The Head (Official) 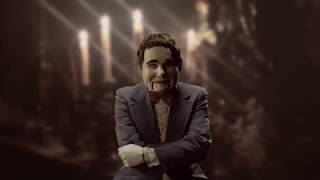 The Good, The Bad & The Queen - Lady Boston (Official) 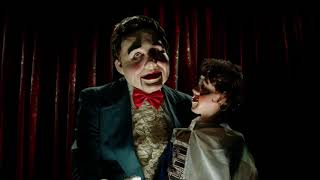 The Good, The Bad & The Queen - The Truce of Twilight (Official) 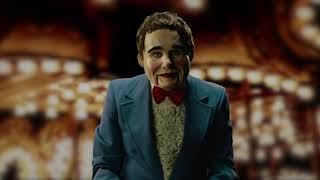