Close
Cindy Wilson
from Athens, GA
February 28, 1957 (age 64)
Biography
As one of the founding members of the B-52s, Cindy Wilson was a pioneering figure on the American new wave scene of the '70s and '80s, helping to usher in a dance-friendly sound that ran counter to the strained seriousness of many of their peers. After decades of success with the B-52s, in the 2010s Wilson would launch a solo career that saw her taking her music in a cooler, more contemplative direction.

Cindy Wilson was born in Athens, Georgia on February 28, 1957. Growing up, Wilson had a deep love of music; she first latched onto vocalists like Petula Clark and Nancy Sinatra, and in her teens became a serious fan of Alice Cooper and the Beatles. Wilson had an older brother, Ricky Wilson, who played guitar and also had omnivorous musical tastes, ranging from Joan Baez to Captain Beefheart. In 1976, Cindy and Ricky were with friends, enjoying a night out that included several flaming tropical drinks, when the partiers struck upon the idea of forming a band. The revelers included Fred Schneider, Kate Pierson, and Keith Strickland, and they decided to name their new group the B-52s, after the local nickname for the towering beehive hairdos that were still fashionable in Georgia. While not all the members were accomplished musicians, by February 1977 the B-52s had played their first show (with pre-recorded backing tapes filling in for instruments they hadn't yet mastered), and in 1978 they cut an independent single, "Rock Lobster" b/w "52 Girls," with Wilson contributing vocals and percussion, as well as taking part in the songwriting. The single became an underground success, due in part to Cindy and Kate's distinctive backing vocals, and the buzz led to a major-label record deal (Warner Bros. in the United States, Island in the U.K. and Europe). Their debut album, 1979's The B-52's, helped make them one of the breakout acts of the American new wave, as well as establishing Athens, Georgia as a city with serious hip credentials.

The B-52s released two albums and two EPs between 1980 and 1983, and they toured frequently, but the group suffered a tremendous loss in October 1985 when Ricky Wilson died of AIDS-related illnesses. Cindy was especially devastated by her brother's passing, and while the B-52s completed the album they were working on at the time of his death, 1986's Bouncing Off the Satellites, they opted not to tour in support of the release, and the band went on hiatus for a few years. In 1989, Cindy Wilson reunited with Schneider, Pierson, and Strickland to record a new B-52s album, and Cosmic Thing turned out to be the group's greatest commercial success, a multi-platinum hit that spawned the singles "Love Shack" and "Roam." In 1990, Wilson took a hiatus from the B-52s so she and her husband, Keith Bennett (who had once been a guitar tech for the band), could focus on raising a family. During this period, Julee Cruise took over for Wilson on the road (actress Kim Basinger took over Wilson's vocal spot for one show in 1992), but Wilson returned to the B-52s in 1994, and joined them in the studio in 1998 for the recording of two bonus tracks for the "best-of" compilation Time Capsule: Songs for a Future Generation.

In 1999, Wilson took maternity leave from the B-52s, but was back to work in 2001, joining the group during its frequent tours. In 2008, the band released the album Funplex, with Wilson contributing to the songwriting on all 11 songs. The group toured extensively in support, and remained a fixture on the summer touring circuit for the next several years. In September 2016, 38 years after the B-52s released their first single, Cindy Wilson launched her first proper solo project. Working in collaboration with producers and electronic musicians Suny Lyons and Ryan Monahan, Wilson released an EP, Sunrise, that balanced her breathy vocal stylings against cool electronic backings that reflected ambient and dance influences. A second EP, Supernatural, followed in February 2017, also created in collaboration with Lyons and Monahan. Wilson and her associates devised a live show to accompany her new music, using digital projections to complement the audio, and she began playing occasional live dates. In December 2017, Wilson released her first full-length solo album, Change, through Kill Rock Stars Records. ~ Mark Deming, Rovi 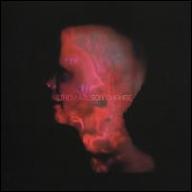 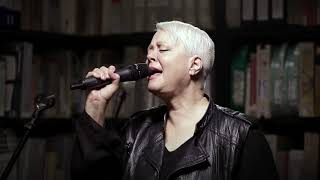 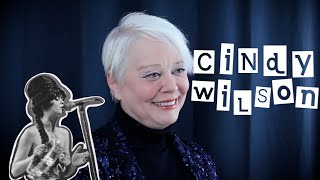 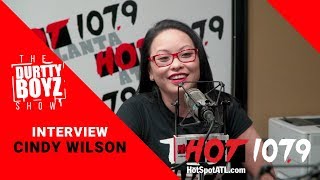 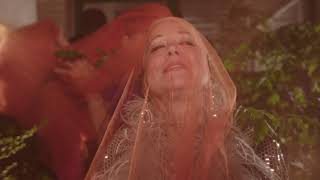 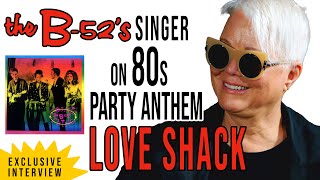 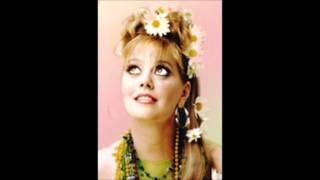 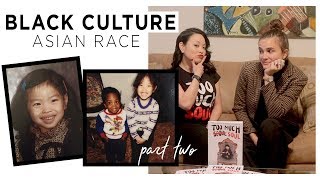 My Family is Black But I'm Asian
Available here: