Close
Eddie Cantor
from New York, NY
January 31, 1892 - October 10, 1964 (age 72)
Biography
No other entertainer proved successful in as many fields as Eddie Cantor during the 1920s and '30s. Nicknamed "Banjo Eyes" and "the Apostle of Pep" for his endless reserves of energy and showmanship (he would literally jump around the stage while performing his favorite numbers), he began his career touring in vaudeville, was promoted to the more legitimate theater of Florenz Ziegfeld's Follies, recorded many hits for Columbia, translated the success to film during the late '20s, became the biggest radio star of the '30s with the #Chase Sanborn Hour, and later moved to television as well.

Similar to many stars of that period, Eddie Cantor was born into humble circumstances on New York's Lower East Side. The son of Jewish immigrants from Russia, he was orphaned at the age of three and sent to live with his nearby grandmother. While working odd jobs for local merchants, Cantor began singing and juggling in the streets for money, and soon moved to talent contests early in his teens. His first professional spot was on Gus Edwards' vaudeville youth act, #Kid Kabaret, where he began doing an impression of Eddie Leonard singing Ida, Sweet as Apple Cider (he later revived the standard continually as a tribute to his wife, Ida Tobias). Cantor began working the vaudeville circuit, and while in Los Angeles, he caught the eye of songwriter Earl Carroll, who found a job for him with his theater show Canary Cottage.

Cantor's next step up was a big one; Florenz Ziegfeld, one of the most important stage producers in America, convinced him to come back to New York to take a part in his Midnight Frolic (the energetic Cantor even followed his nightly performance with a vaudeville show elsewhere). After graduating to the popular #Ziegfeld Follies of 1917, Cantor soon became one of the most successful actors in the country, and his recording of That's the Kind of Baby for Me on Victor (from the #Follies) became popular late in 1917. Cantor also appeared in the #Follies of 1918 and 1919, and though Ziegfeld abruptly fired him in 1920 for his part in a strike by the Actor's Equity Association that forced the closure of Broadway theaters, Cantor proved that he didn't need the producer to stay successful. Recording for Emerson Records from 1920 to 1922, Cantor remained in the spotlight with several popular songs, including one of the most popular of 1921, Margie, plus Palesteena and Snoops, The Lawyer. He also starred in two productions by one of Ziegeld's main rivals, the Shuberts. All this was enough for the unusually stubborn Ziegfeld to hire him back by 1923. During the rest of the Roaring Twenties, Cantor cemented his popularity, recording several hits for Columbia Records (No, No, Nora, If You Knew Susie, Makin' Whoopee), and appearing in his own production, #Kid Boots -- adapted into his first silent picture by 1927 -- and the Ziegfeld productions #Follies of 1927 and #Whoopee!

Cantor was made a millionaire from his performances (though mostly from #Whoopee!), but he was nearly ruined in the stock market crash of 1929. (He recouped much of his income by writing about his experiences in the book -Caught Short.) Early in the '30s, Cantor moved into radio, and soon became one of the most popular radio stars of the decade. His movie career took off as well: Cantor signed a contract with Samuel Goldwyn to remake #Whoopee! in 1930 (it was the first in a line of early-'30s Cantor-Goldwyn teamings with show-stopping choreography by Busby Berkeley), and appeared in at least one film per year throughout the decade. Cantor also supported the war effort vigorously, entertaining troops in Europe and forming the March of Dimes with President Franklin Roosevelt. He also served as president of the Screen Actors Guild and the American Federation of Radio Artists.

Cantor's transition from radio to television was briefly successful; he guest-hosted NBC's Colgate #Comedy Hour, but suffered a heart attack in 1952, the same year Hollywood produced #The Eddie Cantor Story. Another heart attack forced him into retirement, though he occasionally surfaced for guest appearances. Cantor died in 1964 of a third heart attack. ~ John Bush, Rovi 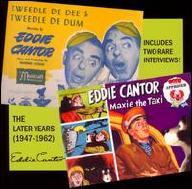 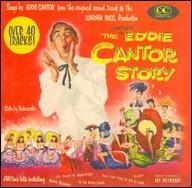 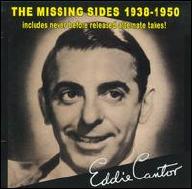 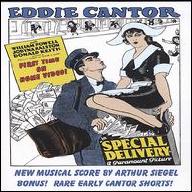 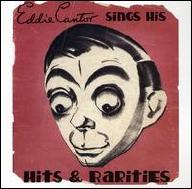 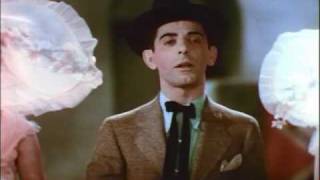 A Few Moments with Eddie Cantor 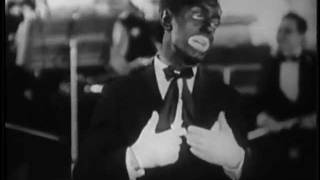 The Life and Sad Ending of Eddie Cantor - "Banjo Eyes" 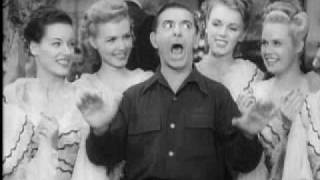 Eddie Cantor- If You Knew Susie 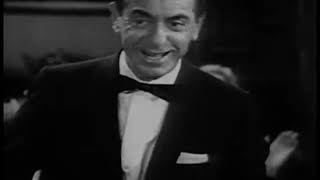 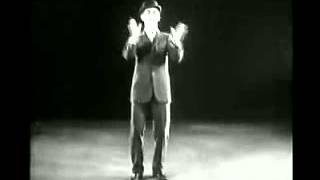 Eddie Cantor - The Dumber They Come, The Better I Like Em
Available here: