The quartet was founded in 1972 when Michael Thomas (violin), Ian Belton (violin), Alex Robertson (viola), and Jacqueline Thomas (cello), students in the youth program at the Royal Northern College of Music in Manchester (all were between ages 11 and 13 at the time), formed a string quartet and named it after violinist Adolph Brodsky (1851-1929). They studied with members of the Amadeus and Vermeer Quartets and won several major prizes, beginning with the Portsmouth Chamber Music competition in 1979. The quartet made their London debut in 1982. The Brodsky Quartet served a residency at Cambridge University from 1985 to 1988, becoming the first string quartet to hold such a position there. In 1989, they performed the complete string quartets of Shostakovich at London's Queen Elizabeth Hall. Two years later they made their debut at Carnegie Hall in New York. They have taught at the Dartington Summer School and the Royal Scottish Academy of Music and Drama. As of 2019, Ian Belton and Jacqueline Thomas remained from the original lineup; they were joined by first violinist Gina McCormack and violist Paul Cassidy.

Their collaborations with rock and pop artists began in the 1990s; in 1993, they were featured on the Elvis Costello album The Juliet Letters, which charted in both the UK and the US. The group has also worked with Paul McCartney, and with Björk on the "Strings" volume of her 2002 Family Tree set. In 1994, the Brodsky Quartet became the first string quartet to appear on The Tonight show. The group's cross-genre collaborations of the 2010s have included With Love and Fury, on which they were teamed with singer/songwriter Katie Noonan, who drew on the writings of poet Judith Wright.

The Brodsky Quartet's recording career began in 1984 with an album of works by Delius and Elgar on the ASV label. Their recordings have also included Beethoven and Shostakovich sets, as well as a good deal of contemporary music. They have recorded mostly for Chandos, Teldec, and Challenge Classics, releasing Elgar's String Quartet, Op. 83, and String Quintet, Op. 84 (with Martin Roscoe) for Chandos in 2019. ~ James Manheim, Rovi 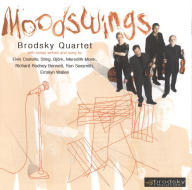 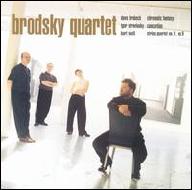 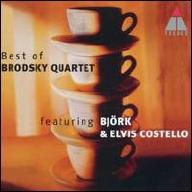 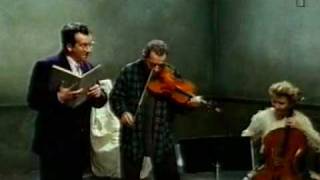 Elvis Costello & Brodsky Quartet - I Almost Had A Weakness.mpg 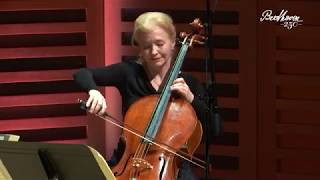 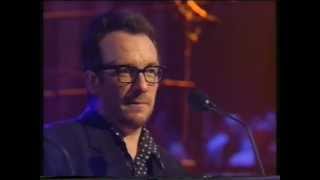 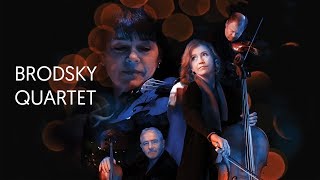 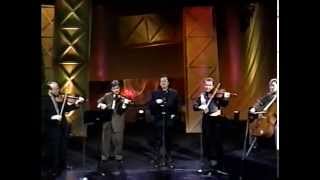 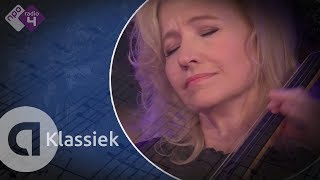 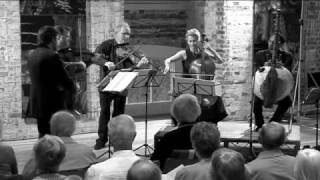