Close
Kid Koala
from Vancouver, British Columbia, Canada
December 5, 1974 (age 47)
Biography
Kid Koala is an ambitious Chinese-Canadian turntablist and illustrator whose work has expanded far beyond the underground hip-hop scene, encompassing graphic novels, elaborate multimedia performances, and video game work. His recordings often combine samples from numerous genres, including jazz, blues, and comedy records, creating humorous, playful musical collages. He is known for his innovative turntable techniques, such as dragging a long note under the needle at different speeds, playing it like a melodic instrument. His releases, beginning with 2000's highly acclaimed Carpal Tunnel Syndrome, are often packaged with his own comic book-style artwork, sometimes featuring complex, interactive packaging, such as the mini-gramophone devised for 2012's 12 Bit Blues. He's collaborated with artists ranging from the Preservation Hall Jazz Band to Amon Tobin to Emiliana Torrini (on 2017's Music to Draw To: Satellite), and he's contributed to cross-genre supergroups such as Gorillaz and Peeping Tom.

Kid Koala was born Eric San in Vancouver, British Columbia in 1974. Classically trained on the piano, San instead put his fingers to work on a pair of Technics 1200s starting in the late '80s. He was a college pub DJ and bedroom turntable manipulator for nearly a decade before landing a recording deal with U.K. experimental hip-hop duo Coldcut's Ninja Tune imprint in 1997. San's eclectic approach to sound collage is actually closer to the latter's far-flung beat experiments than the old-school New York and L.A. references that most often form the canon of the scratch DJ's art. It's also a circle-closer of sorts: San's nascent mixing aesthetic was influenced early on by classic Coldcut records such as "(Hey Kids) What Time Is It?" and their "7 Minutes of Madness" massacre of Eric B. Rakim's "Paid in Full."

The coincidence of Koala signing to his heroes' label, despite the fact that it was based thousands of miles away, and home mostly to instrumental trip-hop and computer funk producers, was less a coincidence than it would at first appear. San managed to arrange an "inadvertent" car ride with the group when their label's Stealth tour passed through Montreal in 1996, making sure his mixtape, Scratchcratchratchatch, was in the car stereo well beforehand. Excerpts from that tape doubled as Kid Koala's solo debut Scratchappyland, when Ninja Tune, duly impressed, released it as a 10" in July 1997. Koala also appeared on the second volume of the Bomb's Return of the DJ compilation with his track "Static's Waltz," another excerpt from his mixtape. Subsequent Ninja Tune releases included Kid Koala remixes of DJ Food's "Scratch Yer Head" and (fittingly) Coldcut's classic "Beats and Pieces."

From there, Koala became a major member of the Ninja Tune roster, as he released several warmly received projects, nearly all of which featured his own comic book-style illustrations. His first full-length, the bewildering yet seamless Carpal Tunnel Syndrome (2000), was quickly regarded a turntablism classic. After collaborations with Dan the Automator, Gorillaz, and Deltron 3030, as well as participating in the jazz-funk group Bullfrog, he released a solo follow-up, Some of My Best Friends Are DJ's (2003). He also released a graphic novel titled Nufonia Must Fall, which was packaged with a soundtrack CD. Live from the Short Attention Span Audio Theater (2005) was a brief CD/DVD set, quickly trailed by the mixtape-style Your Mom's Favorite DJ (2006). Something of a diversion, Phon-O-Victo (2007) found Koala teaming with experimental turntablist Martin Tétreault. Koala also collaborated with turntablist Dynomite D and former members of Australian hard rock band Wolfmother for a side project called the Slew. Their debut album, 100%, was released in 2009.

The subdued, piano-driven Space Cadet (2011) accompanied his graphic novel of the same title, inspired by the birth of his daughter. 12 Bit Blues (2012), perfectly titled, was made with an SP-1200 sampler and a multi-track recorder. Some pressings of the album were packaged with a kit to assemble a tiny hand-powered cardboard gramophone, as well as a 5" flexi-disc. In 2014, Koala premiered Nufonia Must Fall Live, a theatrical adaptation of his graphic novel, featuring a cast of puppets and a live score in collaboration with the Afaria Quartet. A limited picture-disc LP of the production's music was released in 2015, and the show toured throughout the world, to much acclaim. In 2017, Koala released Music to Draw To: Satellite, an ambient pop full-length featuring Icelandic singer Emilíana Torrini. The album was Koala's first work to be devoid of samples -- he played and produced all the instruments himself, in addition to writing the lyrics. Koala helped develop Floor Kids, a breakdancing-themed video game for the Nintendo Switch, which was released at the end of 2017. Its soundtrack, composed by Koala himself, was released in April of 2018, at which point he embarked on an ambitious Vinyl Vaudeville Show tour, involving dancing robots, backup singer puppets, and demo kiosks for the game. Music to Draw To: Io, a darker follow-up to Satellite featuring vocalist Trixie Whitley, appeared in January of 2019. ~ Sean Cooper & Andy Kellman, Rovi 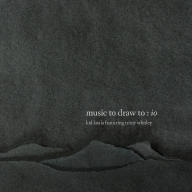 Music To Draw To: Io 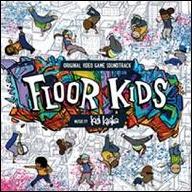 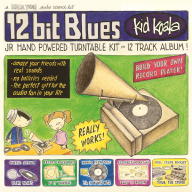 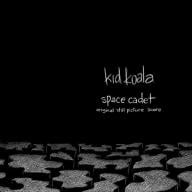 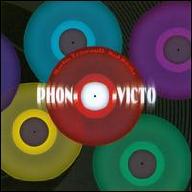 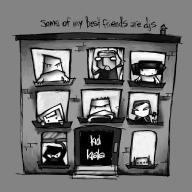 Some Of My Best Friends Are DJs
2003
Videos
Close 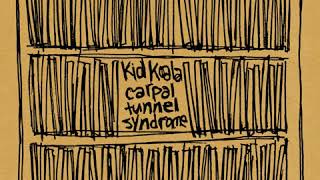 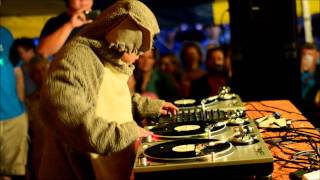 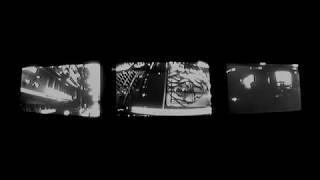 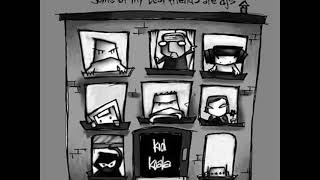 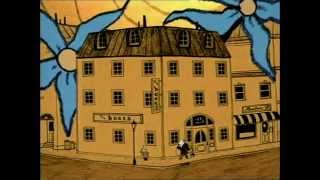 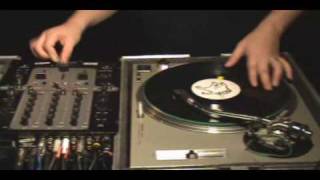 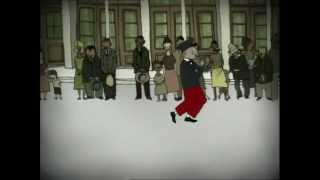