Close
Stan Getz
from Philadelphia, PA
February 2, 1927 - June 6, 1991 (age 64)
Biography
One of the all-time great tenor saxophonists, Stan Getz was known as "The Sound." He possessed one of the most beautiful tones in all of jazz, and was among the greatest of melodic improvisers. His main early influence was Lester Young, but he grew to influence generations of players himself and never stopped evolving as a musician. Getz was an extraordinary improviser who created a distinctive sound and vocabulary. Getz's solos managed to meld lush romanticism with jazz's sense of physical toughness. He preferred ballads and medium-tempo tunes, though he was equally gifted at performing uptempo numbers. His emotional solos communicated directly and simply, revealing a canny yet innate logic. Getz recorded over 150 albums during his lifetime, and several are considered jazz classics: Stan Getz Plays in 1955, Focus from 1961 with arranger and composer Eddie Sauter, and Jazz Samba from 1962 with guitarist Charlie Byrd, which brought Brazil's bossa nova to American shores. In 1964, the groundbreaking Getz/Gilberto album won several Grammy awards while the single "The Girl from Ipanema" crossed over to pop radio and became a worldwide hit. During the late '60s and the '70s, his playing became more athletic: Sweet Rain in 1967, Change of Scenes with the Clarke-Boland Big Band in 1971, and Captain Marvel in 1974 offered excellent examples of his bona fides in progressive jazz and fusion. Getz's final album, People Time, was a live double-length duo set with pianist Kenny Barron. Issued shortly after his death from liver cancer in 1992, it is a distillation of all of his gifts.

Getz was born in Philadelphia in 1927, but moved to the Bronx as a youngster during the Depression as his family sought jobs. From the time he was six, he began playing along with the radio on a harmonica. Anywhere he went, if there were musical instruments around Getz would gravitate to them. His father bought him a saxophone and clarinet when he was 13. In 1941, he was accepted into the All City High School Orchestra of New York City. At age 16 in 1943, he dropped out of school and became the ward of trombonist and bandleader Jack Teagarden while playing in his band. This was followed by stints with Stan Kenton (1944-1945), Jimmy Dorsey (1945), and Benny Goodman (1945-1946); he soloed on a few records with Goodman. Getz, who had his recording debut as a leader in July 1946 with four titles, became famous during his period with Woody Herman's Second Herd (1947-1949), soloing (along with Zoot Sims, Herbie Steward, and Serge Chaloff) on the original version of "Four Brothers," and having his sound well-featured on the ballad "Early Autumn." After leaving Herman, Getz was (with the exception of some tours with Jazz at the Philharmonic) a leader for the rest of his life.

During the early '50s, he broke away from the Lester Young style to form his own musical identity, and he was soon among the most popular of all jazzmen. He discovered Horace Silver in 1950 and used him in his quartet for several months. After touring Sweden in 1951, he formed an exciting quintet that co-featured guitarist Jimmy Raney; their interplay on uptempo tunes and tonal blend on ballads were quite memorable. Getz's playing helped Johnny Smith have a hit in "Moonlight in Vermont"; during 1953-1954, Bob Brookmeyer made his group a quintet and, despite some drug problems during the decade, Getz was a constant poll winner. After spending 1958-1960 in Europe, the tenor man returned to the U.S. and recorded his personal favorite, Focus, with arranger Eddie Sauter's Orchestra. Then, in February 1962, Getz helped usher in the bossa nova era by recording Jazz Samba with Charlie Byrd; their rendition of "Desafinado" was a big hit. During the next year, Getz made bossa nova-flavored albums with Gary McFarland's big band, Luiz Bonfá, and Laurindo Almeida, but it was Getz/Gilberto (a collaboration with Antonio Carlos Jobim and João Gilberto) that was his biggest seller, thanks in large part to "The Girl from Ipanema" (featuring the vocals of Astrud and João Gilberto).

Getz could have spent the next decade sticking to bossa nova, but instead he de-emphasized the music and chose to play more challenging jazz. His regular group during this era was a piano-less quartet with vibraphonist Gary Burton, he recorded with Bill Evans (1964), played throughout the 1965 Eddie Sauter soundtrack for Mickey One, and made the classic album Sweet Rain (1967) with Chick Corea. Although not all of Getz's recordings from the 1966-1980 period are essential, he proved that he was not afraid to take chances. Dynasty with organist Eddie Louiss (1971), Captain Marvel with Chick Corea (1972), and The Peacocks with Jimmy Rowles (1975) are high points. After utilizing pianist Joanne Brackeen in his 1977 quartet, Getz explored some aspects of fusion with his next unit, which featured keyboardist Andy Laverne. Getz even used an Echoplex on a couple of songs but, despite some misfires, most of his dates with this unit are worthwhile. However, purists were relieved when he signed with Concord in 1981 and started using a purely acoustic backup trio on most dates.

In 1987, Getz had a large tumor removed from behind his heart. Subsequent tests revealed that he had liver cancer and cirrhosis, most likely due to years of substance abuse. Undeterred, Getz embarked on a strict, herbal-based diet hoping to treat the lymphoma. By fall 1988, MRI scans revealed that the tumor had dramatically shrunk in size. Buoyed by the good news, Getz remained active, touring with pianist Kenny Barron and recording the albums Apasionado (1990) with Herb Alpert and You Gotta Pay the Band (1990) with vocalist Abbey Lincoln. Sadly, Getz's cancer never fully abated and he died on June 6, 1991 at age 64. His final recording, 1991's People Time, is a brilliant duet set with Barron. While most of his catalog was remastered and reissued in subsequent years, 2019 saw the release of Getz at the Gate from Verve, a previously unissued recording from November 26, 1961 where he was backed by his short-lived "Boston Band" with pianist Steve Kuhn, drummer Roy Haynes, and bassist John Neves. ~ Scott Yanow, Rovi 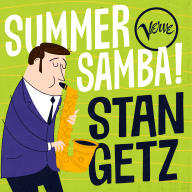 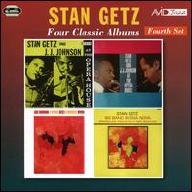 At the Opera House Chicago/Jazz Samba
2020 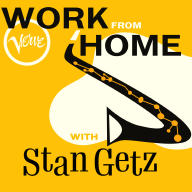 Work From Home with Stan Getz
2020 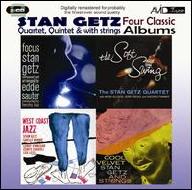 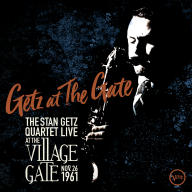 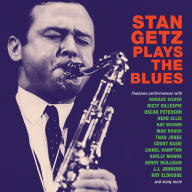 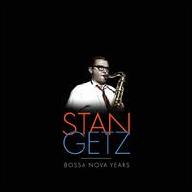 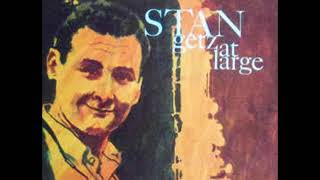 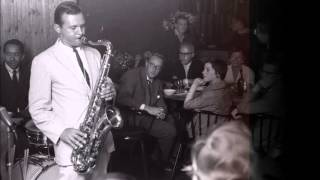 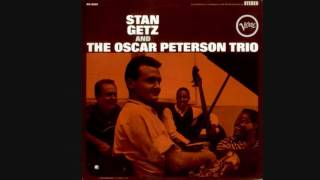 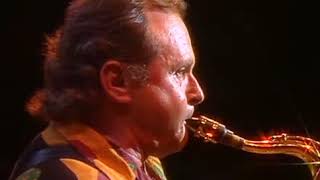 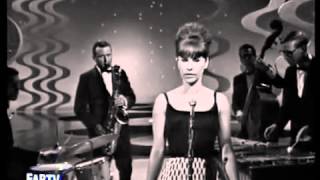 Astrud Gilberto and Stan Getz - The Girl From Ipanema (1964) LIVE 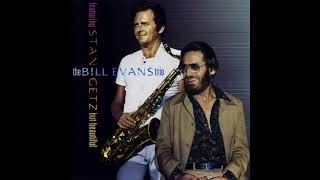