Close
Slim Jim Phantom
from Brooklyn, NY
March 20, 1961 (age 59)
Biography
Slim Jim Phantom helped introduce a generation to rockabilly as the drummer with the Stray Cats, and after the group's breakup he went on to a long career with various rockabilly and roots rock acts. He also won attention for his unusual performing style; he generally played standing up, with a tiny kit that often consisted of just a snare drum, a kick drum, and a cymbal. Slim Jim Phantom was born James McDonnell in Brooklyn, New York on March 21, 1961. Growing up in Massapequa, New York, Phantom absorbed his first musical influences from his father's collection of vintage jazz sides, and at the age of 10, he began playing the drums. In his late teens, he was playing drums in bands with his friend Leon Drucker, a friend from school who played the bass and would adopt the stage name Lee Rocker. Another of Phantom's friends from school, Brian Setzer, was a guitarist who was playing rockabilly covers with a group called the Tom Cats; after the band broke up, Setzer recruited Phantom and Rocker to form a new combo called the Stray Cats, who made their debut in 1979. The trio soon discovered that Massapequa was not a hotbed of rockabilly supporters, and in 1980 they relocated to England, where the sound still had loyal followers. After a rough start in the U.K., the Stray Cats found a valuable supporter in musician and producer Dave Edmunds; he helped the band land a deal with the U.K. branch of Arista Records, and their self-titled debut album, produced by Edmunds and released in 1981, was a modest success in England and Europe. A second LP, Gonna Ball, appeared later the same year, and was a commercial disappointment. However, in 1982 the group signed an American record deal with EMI, and they promptly released Built for Speed, a collection of material from the two British albums. Built for Speed became a multi-platinum success in the United States, and spawned two Top 10 singles. The follow-up, 1983's Rant N Rave with the Stray Cats, was another international hit, but with success came personal and musical differences, and by the end of 1984, the Stray Cats had broken up.

Phantom wasted no time launching a new project; he and Lee Rocker teamed with guitarist Earl Slick to form the more rock-oriented Phantom, Rocker Slick. They released two albums, 1985's Phantom, Rocker Slick and 1986's Cover Girl, but the group broke up by the end of 1986 when Phantom and Rocker reunited with Setzer to record a new Stray Cats album, Rock Therapy. Throughout the late '80s and early '90s, the Stray Cats periodically regrouped for album projects and recording sessions, but after 1993's all-covers set Original Cool, they once again called it a day. In 1988, Phantom took a brief stab at acting, playing Charlie Parker's drummer in Clint Eastwood's jazz biopic Bird. It proved to be his only major film role, though he and Rocker performed on the soundtrack of the 1997 film Inventing the Abbotts. As the '90s wore on, Phantom became involved in a variety of musical projects. With Rocker and guitarist Danny B. Harvey, he founded the Swing Cats, who played retro-rock with a swinging feel, releasing four albums between 1999 and 2001. One of the guests on the second Swing Cats album, 2000's A Special Tribute to Elvis, was Lemmy Kilmister of Motörhead, a longtime rockabilly fan. An informal jam in the studio led to Kilmister joining forces with Phantom and Harvey to cut an album of rockabilly classics. Originally released under the title Lemmy, Slim Jim Danny B in 2000, the trio would record and tour under the name the Head Cat. The debut album would be reissued in 2006 as Fool's Paradise, and a second long player, Walk the Walk…Talk the Talk, arrived in 2011.

Phantom and Harvey also worked together in another meeting of rockabilly stalwarts, 13 Cats, which featured former members of the the Polecats and the Rockats. The combo released albums between 1996 and 2006. Two performances Phantom and Harvey recorded with Johnny Ramone appeared on a 2007 EP, Ramones Solo Performances. Phantom launched yet another group in 2007, the Katmen, in which he was joined by Imelda May guitarist Darrel Higham and bassist Al Gare; onetime Guns N' Roses guitarist Gilby Clarke was also involved with the group, who issued two albums, Katmen in 2006 and The Katmen Cometh in 2013. Phantom and Clarke had previously worked together in the short-lived band Col. Parker, who released an album, Rock N Roll Music, in 2001. Phantom also records and tours with the supergroup Dead Men Walking, which includes Captain Sensible from the Damned and Mike Peters from the Alarm; their debut album, Additional Parts Inside, came out in 1999, and the band reconvened in the studio for 2015's Easy Piracy. In 2016, Phantom published an autobiography, A Stray Cat Struts: My Life as a Rockabilly Rebel. When not busy with his other projects, Phantom frequently performs with his solo combo, Slim Jim's Phantom Trio. ~ Mark Deming, Rovi 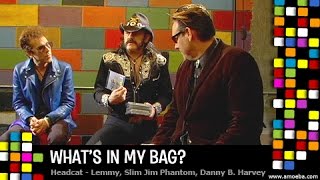 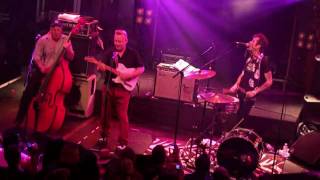 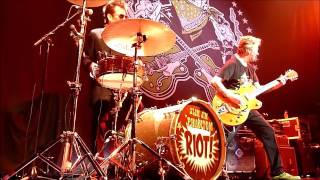 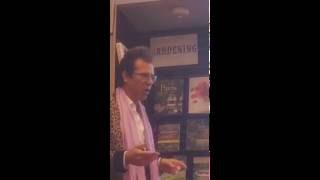 Slim Jim Phantom talking about the beginning of the Stray Cats 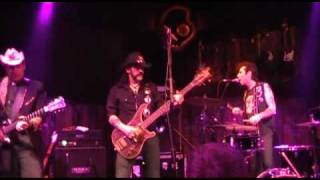 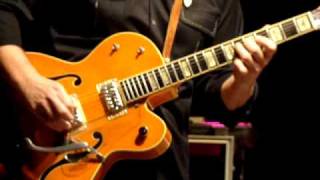 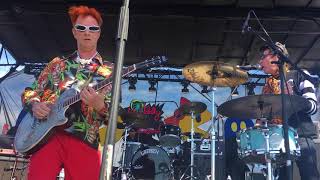