Close
Black Oak Arkansas
from Black Oak, AR
formed January 1, 1970 (age 50)
Biography
One of the first Southern rock bands to rise to prominence in the wake of the Allman Brothers Band's breakthrough, Black Oak Arkansas put a tough, gritty spin on the high-volume hard rock boogie that was popular in the early to mid-'70s. Fronted by the over-the-top antics of lead singer James Jim Dandy Mangrum (who has often been cited as a key influence on David Lee Roth's performing style), Black Oak Arkansas evolved from a more psychedelic-oriented band called the Knowbody Else, who cut one album in 1969; by the time they returned as Black Oak Arkansas in 1971, they'd beefed up their guitar sound, Mangrum's vocals had matured into a deep throaty growl, and they sounded rowdy and rough-hewn on numbers like "Hot and Nasty" and "When Electricity Came to Arkansas." With 1973's High on the Hog, Black Oak Arkansas tightened up their sound a bit and scored a hit single with their version of LaVern Baker's "Jim Dandy." The band's raunchy sound and raucous stage show made them a popular attraction through most of the decade, but after the release of 1978's I'd Rather Be Sailing, the group stayed away from the recording studio, and health problems kept Mangrum out of the band during the first half of the '80s. They returned as Jim Dandy's Black Oak Arkansas with the 1984 LP Ready as Hell, and the band continued to record and tour periodically into the 2010s, releasing a fresh studio album, Underdog Heroes, in 2019.

The Black Oak Arkansas story dates back to 1965, when James Mangrum and Rickie Lee Reynolds met while attending the same junior high. Mangrum was born in the small town of Black Oak, Arkansas (the population was less than 300 people), while Reynolds came from the larger nearby community of Monette. Mangrum decided he wanted to be a singer after seeing Elvis Presley on television for the first time, while Reynolds played guitar, influenced by the Beatles and the Byrds. Eager to make music of their own, they formed a band that they called the Knowbody Else; in addition to Mangrum on vocals and Reynolds on rhythm guitar, the band featured Harvey Burley Jett on lead guitar and keyboards, Artis Brewer on guitar, Pat Dirty Daugherty on bass, and Sam Schattenberg on drums. The band gained local infamy when, in need of a PA system and lacking the money to buy one, they stole one from a nearby high school; they were caught and the culprits were sentenced to 26 years behind bars, but the sentence was suspended. The band gigged as often as possible throughout the South and honed their chops during a year-long residency in New Orleans in 1968. For a while, the Knowbody Else relocated to Memphis, Tennessee, where they attracted the attention of the legendary R&B label Stax Records. Hoping to expand into the lucrative rock market, Stax had launched a subsidiary label, Hip Records, and the Knowbody Else became one of their signings, releasing a self-titled album in 1969 dominated by a lean but powerful psychedelic attack. However, Hip lacked promotional muscle, and the album came and went with little notice. The Knowbody Else began work on a second album for Hip, but the label folded and the material went unreleased.

While their album sales were minimal, the Knowbody Else toured heavily to support themselves and spread the word about their music. With psychedelia on the wane, the band adopted a new name taken from Mangrum's home town, and they revamped the line-up, with Mangrum, Reynolds, Daugherty, and Jett joined by new members Stanley Goober Grin Knight (guitar and keyboards), and Wayne Squeezebox Evans (drums). Black Oak Arkansas played a handful of shows in Los Angeles, where they were scouted by representatives from Atco Records. Atco struck a deal with BOA, and the group's self-titled debut featured several favorites from their live show, including "Hot and Nasty" and "When Electricity Came to Arkansas," and captured the group's bigger, heavier, and raunchier approach. It wasn't a hit, but the band toured extensively, building a reputation as a raw, incendiary live act loaded with energy and fueled by the unsubtle sexuality of Mangrum, whose flowing blonde hair, tight satin pants, and raw magnetism gave him a reputation as one of the most outrageous personas in rock.

The months of live work tightened up the band, and Black Oak Arkansas sounded more powerful on 1972's Keep the Faith. Later in 1972, they brought out a third album, If an Angel Came to See You, Would You Make Her Feel at Home?, which debuted BOA's new drummer, double-kick drum virtuoso Tommy Aldridge. While their record sales were growing, it was Black Oak Arkansas' live show that was fueling their popularity, and they documented their stage smarts on the concert souvenir Raunch 'n' Roll Live, released in February 1973. November 1973 brought BOA's commercial peak, the album High on the Hog, which rose to number 52 on the Top Albums charts, buoyed by the Top 30 cover version of "Jim Dandy (To the Rescue)," which featured female vocalist Ruby Starr trading innuendoes with Mangrum. In 1974, BOA returned with Street Party, which fared well but didn't live up to High on the Hog's sales and failed to spawn another hit single. Also in 1974, Stax released Early Times, which was billed as Black Oak Arkansas but was actually material from the Knowbody Else's unreleased second album.

In 1975, Black Oak Arkansas brought out the album Ain't Life Grand, which proved to be another commercial disappointment, and the band soon parted ways with Atco, ending their relationship with another concert set, 1976's Live! Mutha. By the time the live LP had come out, Black Oak Arkansas had already released their first album under a new deal with MCA Records, 1975's X-Rated. Another two BOA studio albums came out in 1976, Balls of Fire and 10 Yr Overnight Success, which closed out the band's deal with MCA. The group streamlined their name to Black Oak as they struck a new deal with the pioneering Southern Rock label Capricorn Records, and they also introduced a new line-up with the lead singer billing himself as J.D. Mangrum, joined by Jimmy Henderson and Jack Holder on guitars and keyboards, Greg Reding on guitar, Andy Tanas on bass, and Joel Williams on drums. Black Oak released Race with the Devil in 1977, followed by I'd Rather Be Sailing in 1978. The Capricorn albums failed to chart, and the group went on a recording hiatus after that. Black Oak Arkansas continued to tour, and though Mangrum took time off from the band after he was sidelined by an auto accident, Rickie Lee Reynolds returned to the fold and led a lineup of the band featuring Bob Simpson on lead vocals, who would be replaced by Randy Ruff before Mangrum reclaimed his position in 1984. That year, the album Ready as Hell was released, credited to Jim Dandy Black Oak Arkansas, though only Mangrum and Reynolds remained from the original lineup. The Black Attack Is Back followed in 1986, under the same billing.

Through the second half of the '80s and most of the '90s, Black Oak Arkansas toured occasionally, but didn't release a fresh studio album until 1999's The Wild Bunch, with the band billed as Jim Dandy's Black Oak Arkansas. Mangrum, Reynolds, and the returning Pat Dirty Daugherty were joined for the sessions by guitarist Rocky Athas and drummer Johnnie Bolin. An impressive number of musicians joined and left band in the years that followed, with Mangrum and Reynolds the sole constants as they played for their loyal following in the South and discovered a new fan base at biker gatherings around the country. In 2013, Black Oak Arkansas returned to Atco for an unusual project. Back Thar n' Over Yonder featured five new songs from the latest edition of BOA (Mangrum, Reynolds, guitarists Buddy Church, Jimmy Soulbean Henderson and Hal McCormack, bassist George Hughen, and drummer Johnnie Bolin) alongside ten unreleased tracks recorded between 1972 and 1974. In 2019, the Cleopatra-distributed Purple Pyramid label -- which reissued the Knowbody Else album on CD in 2008 and re-pressed it on vinyl in 2016 -- unveiled a fresh studio album from the indefatigable Southern hell raisers, Underdog Heroes, featuring ten original songs written by Mangrum and Reynolds. ~ Mark Deming, Rovi 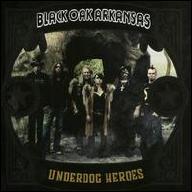 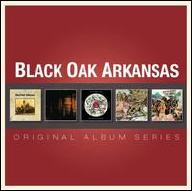 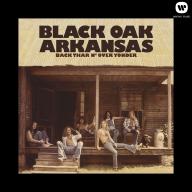 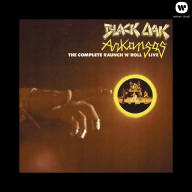 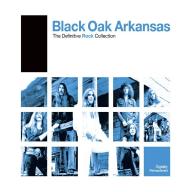 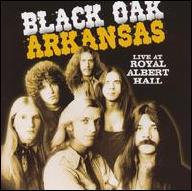 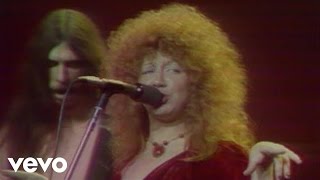 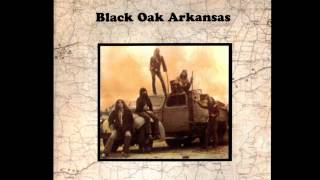 Black Oak Arkansas - Lord Have Mercy On My Soul.wmv 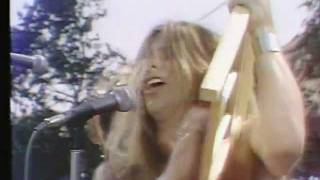 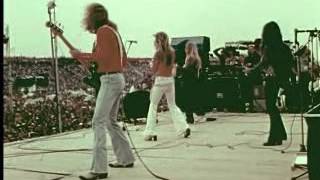 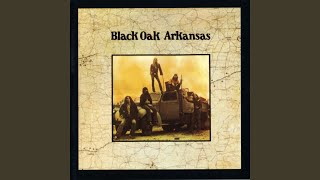 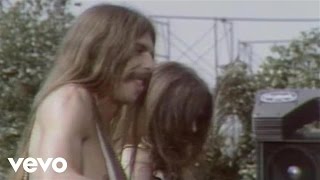 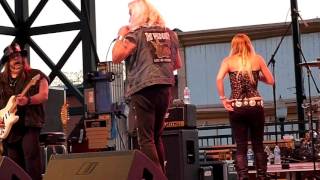