Close
Billy Zoom
Biography
Although part of punk rock's attraction was that even beginners could pick up an instrument and start up a band, the genre included several musicians who were quite accomplished players with years of experience under their belts, such as X guitarist Billy Zoom. Born Ty Kindell (date unknown) and raised in Savannah, IL, Kindell was the son of a big band saxophonist/clarinetist, who inherited his father's love of music. At a young age, Kindell began playing a variety of instruments, including violin, accordion, piano, clarinet, tenor sax, banjo, and guitar; eventually becoming proficient at a staggering nine instruments. By the mid-'60s, Kindell had left his hometown in search of launching a music career, but instead of relocating to one of the country's musical hotbeds, eventually settled down in Davenport, IA. By the latter part of the decade however, Kindell was traveling the country playing in various soul/RB outfits; including one group that backed such renowned artists as Etta James, Johnny Guitar Watson, Bobby Day, and Johnny Taylor. Kindell eventually settled down for good in Los Angeles, where he landed a spot in rockabilly legend Gene Vincent's backing band, just prior to his passing in 1971. Disgusted with the stagnant music climate, Kindell decided to set himself apart from the pack with an image makeover. The guitarist assumed the rockabilly look of the '50s, complete with short bleach-blonde hair combed into a pompadour, silver motorcycle jacket, and matching Gretsch guitar. But perhaps most significant was his name change, as Kindell was now known as Billy Zoom.

During the early- to mid-'70s, Zoom played with a local roots rock band called the Alligators, before forming the rockabilly-based Billy Zoom Band. Although they recorded for an indie label, the group went largely unnoticed, as their music was largely considered out of fashion by the locals, and the Billy Zoom Band eventually split up. But after the discovery of the Ramones in 1976, Zoom came up with the idea of mixing his rockabilly licks with punk's energy and simplicity. It wasn't long before he met singer/songwriter/bassist John Doe through an ad in the Recycler, who proved to be a kindred musical spirit. Soon after, vocalist Exene Cervenka and drummer D.J. Bonebrake signed on as well, resulting in the formation of X in 1977. Although the group was one of the leaders of the burgeoning L.A. punk scene (which also included Black Flag, the Circle Jerks, the Germs, etc.), X was clearly a step above most of their contemporaries; as evidenced by Doe and Cervenka's beautiful vocal harmonies and poetic lyrics, as well as Zoom's outstanding guitar work. The group issued a string of classic releases straightaway -- 1980's Los Angeles, 1981's Wild Gift, 1982's Under the Big Black Sun, and 1983's More Fun in the New World -- yet Zoom became increasingly frustrated with the quartet's lack of commercial success, relentless schedule, and musical direction.

Warning the group that if their next release didn't outsell the previous ones by a large margin, Zoom stayed with the group for one more release, the more mainstream rock-based Ain't Love Grand!, before leaving the band. X would continue on with other guitarists (first Dave Alvin, then Tony Gilkyson), but the group was never able to fully re-create the edge that Zoom added to the group. After his exit, Zoom played sporadic live shows as a solo artist, before forming Billy Zoom Music, an amplifier repair shop that he's run out of his home ever since. 1996 saw the release of an archival Zoom release from one of his pre-X bands, the Alligators (Pre-X-Zoom), before the guitarist took part in X reunion shows during the late '90s. But the real reason Zoom took part in the shows wasn't completely for artistic reasons, as he sought to launch several planned projects from his earnings; including a production company, a Christian record label, and moving his amp repair business into a real office space. Additionally, Zoom has played on other artists' recordings over the years as a sessionman, including releases by Mike Ness, Manic Hispanic, and Jane Wiedlin, among others; while the Gretsch company is supposedly planning a Zoom-model guitar. ~ Greg Prato, Rovi 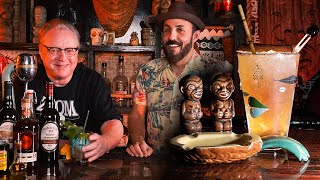 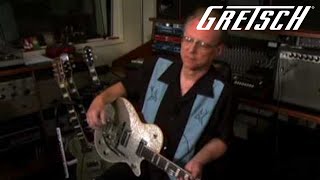 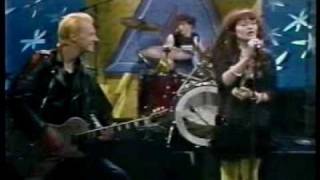 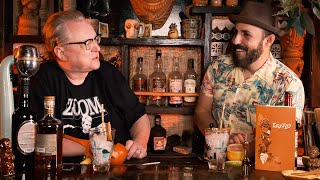 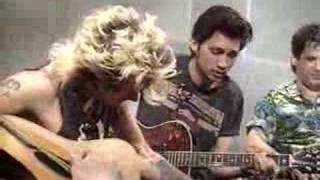 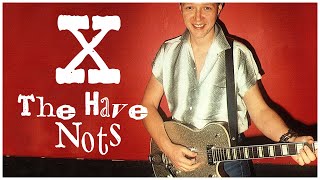 The Have Nots by X | Guitar Lesson 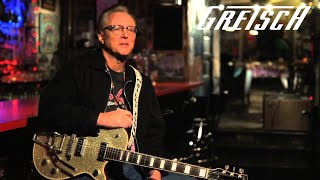 The History and Magic of Gretsch Guitars
Available here: