Close
Jeff Ballard
from Santa Cruz, CA
September 17, 1963 (age 57)
Biography
Jeff Ballard is a master jazz drummer, percussionist, composer, and bandleader whose intensely individual playing language has been determined by a lifetime of listening to and playing with jazz, rock, and R&B legends. From his apprenticeships in Ray Charles' road band between 1988 and 1990 and working with Eddie Harris and Bobby Hutcherson, from early New York encounters with Kurt Rosenwinkel, Danilo Perez, Wolfgang Muthspiel, and Avishai Cohen to playing with literally dozens of jazz luminaries, he is a first-call sessionman and touring partner. He has a recurring relationship with Chick Corea (he first appeared on the pianist's 1999 offering Change as part of the Origin band and has worked with him on and off ever since), and is a longtime member of the Brad Mehldau Trio. He co-leads the Fly Trio with bassist Larry Grenadier and saxophonist Mark Turner. Since 2014, Ballard has been a headline recording artist who leads the Jeff Ballard Trio (Time's Tales, 2014) and the electric-acoustic Fairgrounds septet, whose self-titled debut appeared in 2019.

Ballard was born in Southern California in 1963 and grew up in Santa Cruz. His inspiration was initially sparked by listening to the music his father played -- Count Basie, Ella Fitzgerald, and Antonio Carlos Jobim -- and what FM radio had to offer: the Beatles, Led Zeppelin, and Jimi Hendrix.

He began playing drums as a freshman in high school, and was initially influenced by Joe Morello, Mel Lewis, Elvin Jones, and Ed Blackwell, among others. He graduated from high school in 1981 and enrolled at Cabrillo Community College in Santa Cruz, studying music theory with Sue Brown and Lyle Cruz, playing in a big band, and gigging with small groups that played a variety of music. The drummer also attended a Jamey Aebersold band camp.

Ballard moved to San Francisco in 1986, where he heard Tony Williams and it changed the way he approached the drums. It also expanded his circle of heroes to include Max Roach, Art Blakey, Steve Gadd, and Enrique Platas. He worked with trumpeter Ray Brown (husband of Sue Brown), Smith Dobson, and Harvey Wainapel. At 25, Ballard won the drum chair with Ray Charles, and over the next three years played eight-month stretches. He migrated to New York City in 1990, where he communed with the contemporary neo-bop and progressive players of the time and woodshedded with veterans Buddy Montgomery, Lou Donaldson, Eddie Harris, and Herman Foster. He joined Chick Corea's Origin in 1998, and continues to play in his various projects. He's appeared on recordings steadily between 1999 and 2007. Ballard is a member of the Brad Mehldau Trio, was part of the Metheny-Mehldau Quartet and Joshua Redman's Elastic Band, and is co-leader of Fly, a collective trio with Mark Turner and Larry Grenadier. Their self-titled debut offering appeared on Savoy in 2004; they later signed to ECM where, between 2009 and 2012, they issued a pair of albums, Sky Country and Year of the Snake.

Ballard is constantly in-demand. He has recorded and toured with musicians ranging from Gary Burton, Donny McCaslin, Dave Douglas, and Maria Schneider to Guillermo Klein, Mike Stern, Claudia Acuña, and Hafez Modirzadeh, to name a few. In 2013, the Jeff Ballard Trio -- whose other members include Lionel Loueke and Miguel Zenon -- cut Time's Tales for Sony's revamped OKeh imprint and drew universally positive reviews. That same year, Ballard played drums on Olivier Bogé's globally acclaimed The World Begins Today; during those sessions he met future collaborator, pianist Tigran Hamasyan. Ballard's journeys over the next five years found him playing live dates and on recordings with the Mehldau Trio (Blues and Ballads [2016] and Seymour Reads the Constitution [2018]). He also worked with Mike Gibbs and NDR Big Band on 2015's Play a Bill Frisell Set List, Gilad Hekselman's Home, Guillermo Klein's Los Guachos V in 2016, and on French singer/songwriter Camille Bertault's Okeh debut, Pas de Géant, in 2018. Ballard still found time to record on his own as well. He formed the Fairgrounds band with Loueke on guitar and vocals, Kevin Hays on keyboards and vocals, and the Bad Plus' Reid Anderson on electronics, with saxophonists Mark Turner and Chris Cheek, and Pete Rende on keyboards. This potent combination's M.O. is to revere the past while remaining cognizant that art is created in the present tense. Their self-titled 2019 debut for Edition Records blurred the boundaries between jazz, rock, electronica, and West African music. Fairgrounds was released at the end of January in 2019. ~ Michael G. Nastos, Rovi 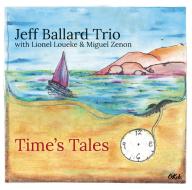 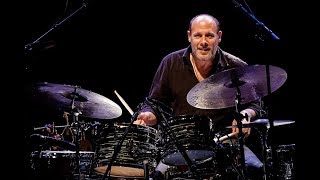 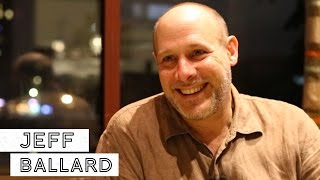 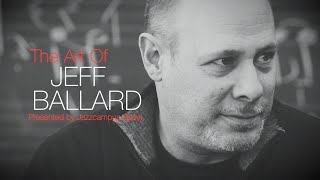 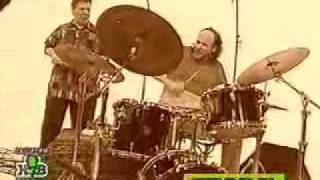 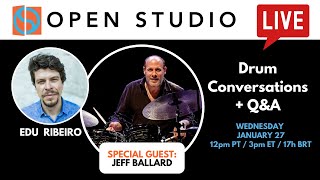