Close
Layzie Bone
from Cleveland, OH
September 23, 1975 (age 46)
Biography
Best known as a member of the Grammy-winning Cleveland gangsta rap quintet Bone Thugs-N-Harmony, Layzie Bone (born Steven Howse) spit rapid-fire bars while also delivering laid-back, singsong rhymes, a style that became a trademark of the Bone Thugs sound. As Bone Thugs took off in the mid-'90s, he embarked on an adjacent solo career that involved the creation of the Mo Thugs side group; establishing the Bone Brothers duo with Bizzy Bone, and continuing into the 2000s and 2010s on releases like Thug by Nature (2001), It's Not a Game (2005), and The Definition/The Meaning (2011). In addition to his prolific output, he started his own label, Harmony Howse Entertainment.

The younger brother of Flesh-N-Bone and cousin of Wish Bone, Howse followed Bone Thugs' mid-'90s breakthrough success in similar fashion to other members: by recording a solo album. However, unlike his cohorts, his official debut arrived under the moniker L-Burna. Thug by Nature was released in March 2001 on Ruthless and featured appearances by Aaron Hall, Flesh-N-Bone, and WC. Howse was also involved in creating the Mo Thugs family, an extensive revolving roster of Cleveland-area hip-hop acts featured on multiple albums, like the 1996 debut Family Scriptures and 2003's The Movement. The former album landed at number two on the Billboard 200 and featured appearances by Krayzie Bone, Soulja Boy, Ken Dawg, Graveyard Shift, and more.

In 2005, between Bone Thugs releases Thug World Order and Thug Stories, Howse released his debut as Layzie Bone, It's Not a Game (Cleopatra). Debuting in the Top 100 of the Billboard 200, the set featured appearances by Twista, Snoop Dogg, and more. That same year, he hooked up with Bizzy Bone for the duo's debut effort, Bone Brothers. A year later he issued Thug Brothers, a collaborative effort with Young Noble from the Outlawz, along with his third and fourth solo efforts, The New Revolution and Cleveland. Juggling these multiple projects, he continued in 2007 with another Bone Brothers project and with his fifth album, Startin' from Scratch: How a Thug Was Born, which featured guests like 2Pac, Eazy-E, and more. That year, Bone Thugs also issued their seventh album (this time as a trio), Strength Loyalty.

Howse increased his already prolific output in 2008 with four full-lengths, including his fifth solo album, Thugz Nation; a collaboration with Do or Die's A.K., Finally; and a pair of Bone Brothers albums, Bone Brothers III and Still Creepin on Ah Come Up. Twin Thugz, a collaboration with Big Sloan, followed in 2009, while Bone Thugs' eighth, Uni5: The World's Enemy, arrived in 2010.

In February 2011, Howse released his sixth and seventh LPs on the same day. The Definition (RBC Records) featured guests like Thin C, Chamillionaire, Baby Bash, Paul Wall, and Snow tha Product, while The Meaning recruited Bow Wow, Big Sloan, and Too $hort. Taking a break from his solo endeavors, he continued with Bone Thugs for 2013's The Art of War: World War III while also handling duties as the head of his label, Harmony Howse Entertainment. "Mr. Murda Mo," a single featuring the Harmony Howse collective, was issued the same year. Howse followed in 2014 with the Spice 1 collaboration "Sidelines" and "Never Forget Me" with Akon. He scored a modest local hit in 2015 with the Cleveland Cavaliers hype track "Cleveland Is the City." While recording his eighth album, he issued additional singles like "I Made It" and "That Dank." ~ Neil Z. Yeung, Rovi 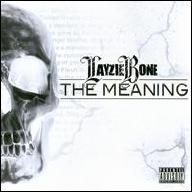 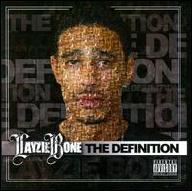 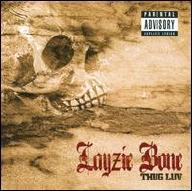 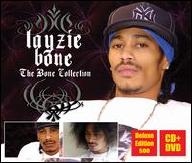 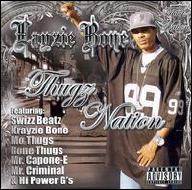 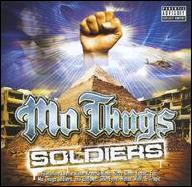 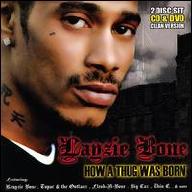 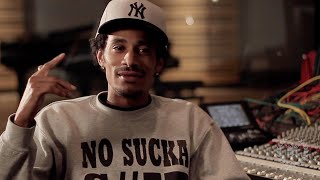 Layzie Bone opens up about the crack era, ouija boards, and the days before Bone Thugs. 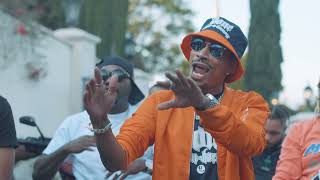 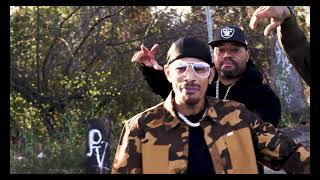 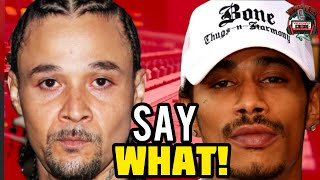 Layzie Bone Airs Out His Issues With Bizzy Bone! 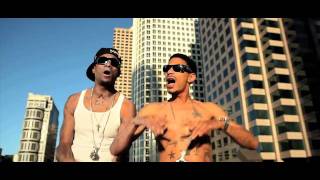 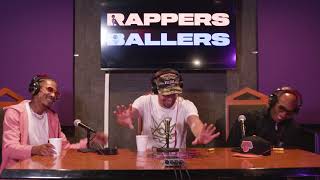 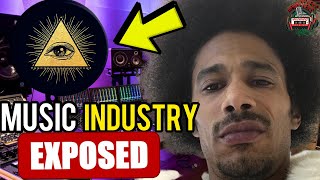