Close
Stanley Clarke
from Philadelphia, PA
June 30, 1951 (age 70)
Biography
An innovative jazz bass superstar, Stanley Clarke is an immensely adept and highly acclaimed performer, whose melodic and harmonically rich approach to playing the bass revolutionized its role from being simply a part of the rhythm section to becoming a front-stage lead instrument. Emerging in the 1970s as a founding member of Chick Corea's groundbreaking fusion band Return to Forever, Clarke helped redefine the sound of jazz, appearing on such landmark albums as 1971's Light as a Feather and 1975's Grammy-winning No Mystery. He also embarked on his own influential and commercially successful solo career, issuing albums like 1976's School Days and 1988's If This Bass Could Only Talk, many of which found him exploring a broad array of sounds, from funk and R&B to post-bop and modal jazz. In addition to his work with Corea, Clarke has often paired with his similarly inclined contemporaries. He scored a hit with "Sweet Baby" from 1981's The Clarke/Duke Project, his first of three albums with keyboardist George Duke. Other collaborations followed, including Animal Logic with the Police's Stewart Copeland, Rite of Strings with fellow RTF bandmate Al Di Meola and violinist Jean-Luc Ponty, and Thunder, the debut from his bassist supergroup S.M.V. with Marcus Miller and Victor Wooten. A marquee draw on his own, Clarke continues to collaborate often, picking up a Grammy with Corea and RTF drummer Lenny White for 2011's Forever, and regularly leading the Stanley Clarke Band with an ever-evolving lineup of artists.

Born in Philadelphia in 1951, Clarke developed an interest in music at a young age, and was encouraged by his mother, a church choir member who often sang opera at home. Starting out first on accordion, then violin and cello, he eventually settled on the bass while attending Philadelphia's Settlement Music School. For five years, he took classical bass lessons, and originally set his sights on playing in a symphony orchestra. However, a gig at age 15 playing with saxophonist Byard Lancaster during a week of shows at the landmark Showboat Lounge solidified his passion for jazz. By high school, he was working regularly, splitting his time between jazz gigs and shows playing in pop and rock bands. He then honed his skills studying at the prestigious Philadelphia Music Academy, all the while continuing to gig around town. It was during this period that he first met future bandmate and collaborator keyboardist Chick Corea while playing a show.

Upon graduating, he moved to New York City and quickly found work with a bevy of luminaries, including Art Blakey, Horace Silver, Dexter Gordon, Joe Henderson, Pharoah Sanders, Stan Getz, and others. It was while playing with Getz that he reconnected with Corea and co-founded the landmark jazz fusion outfit Return to Forever. For most of the 1970s Clarke toured and recorded with RTF, joined at various times by bandmates saxophonist Joe Farrell, percussionist Airto Moreira, singer Flora Purim, drummers Steve Gadd and Lenny White, guitarist Al Di Meola, and others. Along with having a strong creative influence, the band enjoyed enormous popularity, and toured the world often. In 1975, Clarke picked up his first Grammy for RTF's No Mystery, which took home the award for Best Jazz Performance by a Group.

Away from Return to Forever, Clarke continued to pursue his solo career and gained increasing acclaim for his fluid bass style, which found him moving away from the instrument's traditional rhythm section role and playing lead lines and improvising. In 1973, Clarke made his debut as leader with the expansive, funk-infused Children of Forever. He then signed with Nemperor Records and issued a handful of highly acclaimed albums, including the breakthrough School Days. Featuring contributions by keyboardist George Duke, drummer Billy Cobham, guitarist John McLaughlin, and others, the album was a major success for Clarke, hitting number 34 on the Billboard 200 and number two on the Jazz Albums chart. More albums followed, like 1978's Modern Man and 1979's I Wanna Play for You. There were also sessions with Gato Barbieri, Dee Dee Bridgewater, Freddie Hubbard, Stan Getz, and others. As evidence of his growing profile outside of the jazz world, he also joined Rolling Stones bassist Ron Wood's all-star band, the New Barbarians, and toured with guitarist Jeff Beck in 1979.

In the early '80s, Clarke teamed with longtime friend and colleague keyboardist George Duke for The Clarke/Duke Project. They scored a Top 20 pop hit with "Sweet Baby," and paired again in 1983 for a follow-up and tour. He issued several more of his own jazz, funk, and R&B-infused efforts, including 1985's Find Out! (his first under the Stanley Clarke Band moniker) and 1986's Hideaway, which featured George Howard, Angela Bofill, Herbie Hancock, and Stewart Copeland. The bassist then paired again with Copeland for two albums in the fusion project Animal Logic. He closed out the decade with 1988's more post-bop and modal jazz-leaning If This Bass Could Only Talk, which also featured Copeland as well as Wayne Shorter, Allan Holdsworth, and tap dancer Gregory Hines.

Clarke stayed active throughout the '90s, reuniting with Duke for 3 and issuing his own 1993 album, East River Drive. He expanded into film music, supplying the soundtrack to the 1992 Wesley Snipes' Passenger 57. He also paired with longtime associates Al Di Meola and Jean-Luc Ponty for 1995's The Rite of Strings. In 1998, he founded the Superband, touring alongside Lenny White, Larry Carlton, Billy Cobham, Najee, and Deron Johnson. He also formed the similar all-star outfit Vertú in 1999, touring and recording with drummer White, Rachel Z, Karen Briggs, and Richie Kotzen. In 2003, he released 1, 2, to the Bass, and then paired with pianist Patrice Rushen for 2006's Standards.

More all-star groups followed, including S.M.V., a jazz bassist supergroup featuring the talents of Clarke alongside Marcus Miller and Victor Wooten. The trio released its debut self-titled album on Heads Up in 2008. Two years later, he picked up his second Grammy, this time for Jazz Instrumental Album, for The Stanley Clarke Band, which included Japanese pianist Hiromi, keyboardist Ruslan Sirota, drummer Ronald Bruner, Jr., and a slew of guest performers.

In 2012, Clarke traveled to France to participate in a concert celebration of violinist Ponty's 50th anniversary as a recording artist. There, he joined Ponty and guitarist Biréli Lagrène in a performance that later led to the trio recording 2015's D-Stringz for Impulse! In 2018, Clarke returned to his band format with The Message, featuring pianist Beka Gochiashvili, keyboardist Cameron Graves, and drummer Mike Mitchell. The following year, the bassist supplied the score to the fashion documentary Halston, mixing jazz combo, orchestration, and synthesizer-based sounds. ~ Matt Collar, Rovi 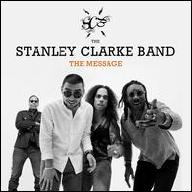 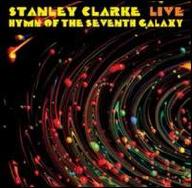 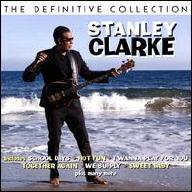 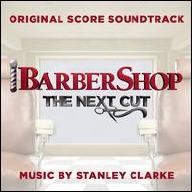 Barbershop: The Next Cut [Original Score]
2016 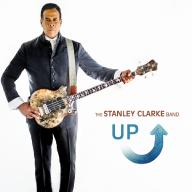 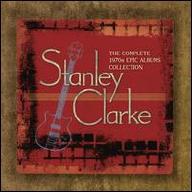 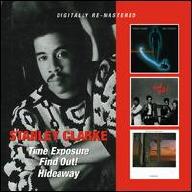 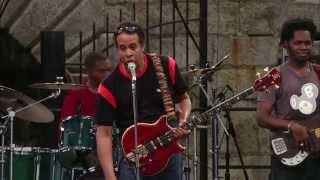 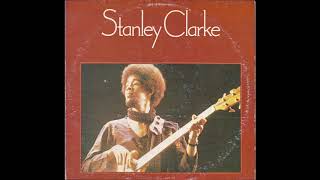 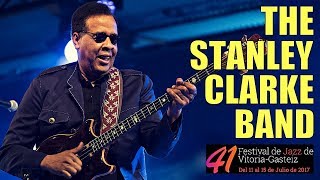 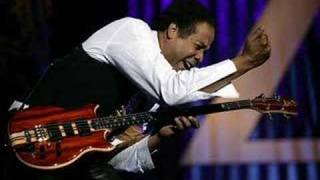 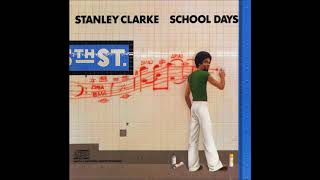 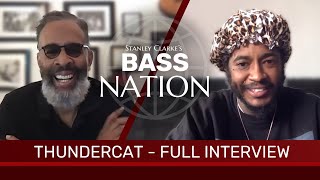 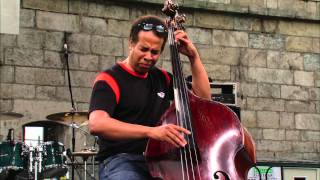