Close
Sonny & Cher
formed January 1, 1964 - January 1, 1974 (age 10)
Biography
Sonny Cher proved one of the magical musical combinations of the mid-'60s and one of the better rock-influenced MOR acts of the early '70s, their wisecracking repartee providing counterpoint to a series of adoring hit duets. Salvatore Sonny Bono (born February 16, 1935) started out at Los Angeles-based Specialty Records as a songwriter in the late '50s, responsible for Koko Joe by Don Dewey and She Said Yeah for Larry Williams, which was later covered by the Rolling Stones and the Righteous Brothers. Bono became a protégé of Phil Spector, managing to write a handful of successful songs, most notably Needles and Pins in collaboration with his protégé Jack Nitzsche, which became a success for Jackie DeShannon and a huge international hit for the Searchers. In 1964, while working sessions with Phil Spector, he met an 18-year-old would-be singer named Cherilyn Lapierre (born May 20, 1946), and the two were later married. They formed a professional duet, initially as Caesar Cleo for Vault Records and later Reprise, but it was only after they were signed to Atlantic Records as Sonny Cher that success came their way. The couple embarked on parallel careers, with Cher later signed to Liberty/Imperial Records as a solo act.

They were a strange duet in the sense that neither had a great voice and, indeed, their voices were so similar that Atlantic's president Ahmet Ertegun was convinced that Sonny had come close to breaking a contract by turning up singing with her on her solo hit All I Really Want to Do and her other Imperial hits. The latter song, however, also demonstrated their ability to spot a hit, as well as good material for themselves: they'd heard the Byrds performing the Dylan song at a club in Los Angeles and got Cher's recording out before the Byrds' own was in stores, beating the folk-rock group at its own game of popularizing Dylan songs. She subsequently hit with Bang Bang (My Baby Shot Me Down) while Sonny charted with Laugh at Me on Atco, but their biggest success was as a duet on Atco, with I Got You Babe and The Beat Goes On.

For a time, from 1965 until 1967, they were rock & roll's hottest couple, so much so that in some conservative communities, they were considered almost morally subversive; parents locked up their kids when Sonny Cher were passing through for a concert appearance. They were popular enough, and sufficiently well-known that the Rolling Stones impersonated them on the British television music showcase Ready Steady Go, miming to I Got You Babe with Brian Jones subbing for Sonny.

And then nothing. The hits stopped coming, and the couple made some daringly creative but unsuccessful commercial missteps, even a movie (#Good Times, directed by William Friedkin in his debut) that was, like the Monkees' #Head, too far ahead of its time for critics and all but the most advanced fans to appreciate. A further film effort, #Chastity, a name shared by their daughter, also bombed, and the sudden confrontation of a $200,000 income tax debt forced the couple to continue working. Further, they were unable to record because of a dispute with Atlantic over Sonny's objections to the way that Cher's solo career was being handled.

They were playing supper clubs and Las Vegas nightclubs, opening for people like Pat Boone, when Johnny Musso, a friend of the couple's, was jumping from an executive position at Atlantic to run Decca Records' Kapp label subsidiary, and brought the duo with him. At around the same time, their stage act -- which had evolved into a kind of "with it" domestic comedy routine nearly as prominent as the music, with the tall, wry-witted Cher cutting up on the seemingly dim-witted Sonny -- was spotted by Fred Silverman, who was then the head of programming for CBS. They ended up with a summer replacement try-out show that did so well that Sonny Cher were given a regular spot in the CBS lineup in January 1972 with a comedy-variety series.

The couple's recording career was initially revived by a live album cut in one night at Las Vegas, featuring new versions of their early hits as well as parts of their then-current repertory; the album went gold. The first couple of singles by Cher and Sonny Cher failed, but then producer Snuff Garrett, who had been at Liberty when Cher was there but had never worked with her, was brought in, and the result was Gypsies, Tramps and Thieves, a career-reviving number one hit. After that, The Way of Love, All I Ever Need Is You (which became the theme for their TV show), A Cowboy's Work Is Never Done, Half Breed, and Dark Lady kept either Cher or the couple in the Top Ten at various times through 1974. By then, however, their marriage had fallen apart, and with it, the success of their TV show.

By then, it didn't matter. They were pop culture icons, though Bono became the butt of many jokes when Cher eclipsed him with her acting career in movies like #Silkwood and #Mask. Bono was in the restaurant business when his outrage at the bureaucracy of the government in Palm Springs, California, caused him to declare his candidacy for mayor; he won the election, and was subsequently elected to Congress during the 1994 Republican sweep of the House of Representatives. He continued to represent his ex-wife's business interests, even as his subsequent remarriage (the name Sonny Cher is trademarked), and was beginning to make a mark as a conservative Republican member of the California House delegation when he died in a skiing accident in 1998. Bono's second wife, Mary, succeeded him to the same House seat in a special election, and in the general election in 1998. ~ Bruce Eder, Rovi 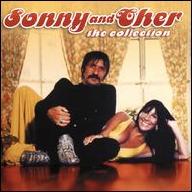 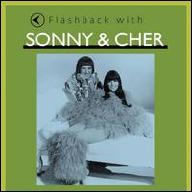 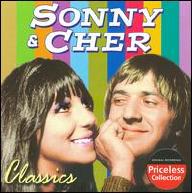 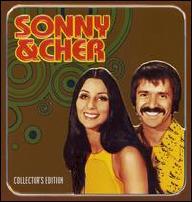 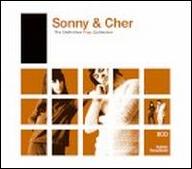 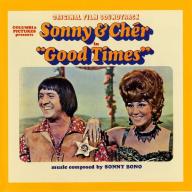 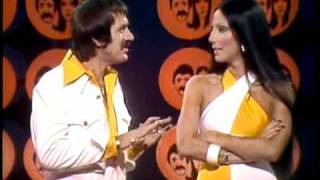 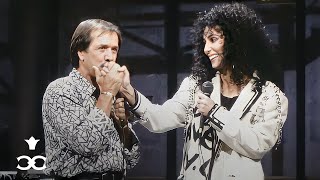 Sonny and Cher: The beat goes on (HQ Version) 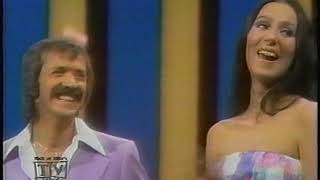