Close
Janie Fricke
from South Whitney, IN
December 19, 1947 (age 72)
Biography
Janie Fricke was one of the most popular female country singers of the '80s, racking up an enviable string of hits and proving herself a versatile vocalist with a particular flair for ballads. Fricke was born in South Whitney, Indiana, in 1952 and learned piano and guitar as a child; her first vocal influences were folkies like Joan Baez and Judy Collins, but she fell in love with country music as well. During college, she sang commercial jingles for a Memphis radio station and moved to Nashville in 1975, where she quickly became an in-demand session vocalist. She got her first major exposure in 1976, when producer Billy Sherrill teamed her with Johnny Duncan for a set of duets that included "Joe and the Cowboy," "Stranger," and "Thinkin' of a Rendezvous," the latter of which went to number one on the country charts. Sherrill signed Fricke as a solo act and produced her 1977 debut single, "What're You Doing Tonight," which just missed the Top 20. Collaborations with Charlie Rich (the number one hit "On My Knees") and Duncan again (the Top Five "Come a Little Bit Closer") kept Fricke going strong through 1978, but her solo singles over the next couple of years had a hard time taking off. Sherrill advised her to establish an identity by focusing on one style, and Fricke began to record a generous selection of ballads.

As a result, Fricke had a breakout year in 1981 when she landed two Top Five hits with "Down to My Last Broken Heart" and "I'll Need Someone to Hold Me (When I Cry)." These set the stage for her smashing success between 1982 and 1984, when she scored an amazing six number one hits: "Don't Worry 'Bout Me Baby," "It Ain't Easy Bein' Easy," "Tell Me a Lie," "He's a Heartache (Looking for a Place to Happen)," "Let's Stop Talkin' About It," and "Your Heart's Not in It." Plus, the three singles she released during that time period that didn't top the charts all made the Top Ten. By this time, she'd broadened her style to include more uptempo tracks. Fricke landed five more Top Ten hits from 1985 to 1986, including another number one in "Always Have, Always Will" and a number two in "She's Single Again." However, her commercial momentum slowed abruptly afterward, and following 1989's Labor of Love album, she and CBS Records parted ways. She recorded two albums for the small Branson label in 1992 and 1993, and issued the gospel record Hymns of Faith on Intersound in 1996. In 2000, she mounted a comeback tour behind the album Bouncin' Back, and two years later issued the concert set Live at Billy Bob's Texas, which featured many of her old hits. Over the next two decades, she performed steadily and recorded on occasion; among her albums were two collections of bluegrass songs. In 2019, Real Gone Music issued It Ain't Easy: The Complete Hits, her most complete career overview yet assembled. ~ Steve Huey, Rovi 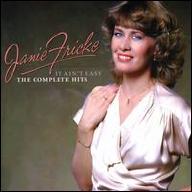 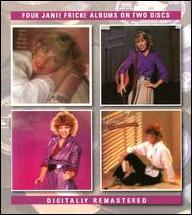 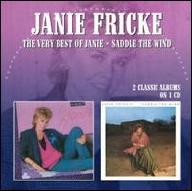 Very Best of Janie/Saddle the Wind
2014 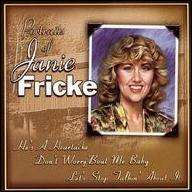 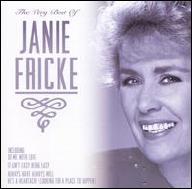 The Very Best of Janie Fricke
2005 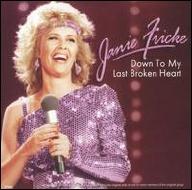 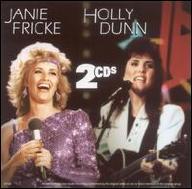 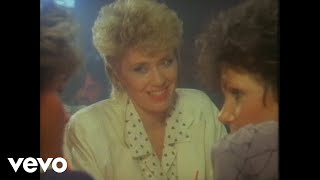 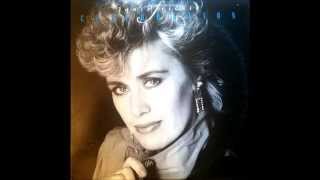 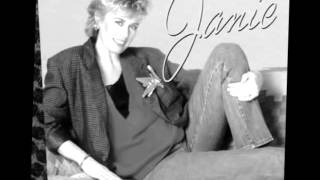 Janie Fricke -- Tell Me A Lie 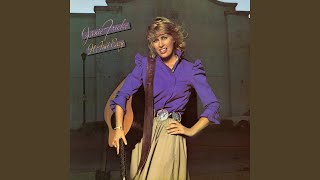 He's a Heartache (Looking for a Place to Happen) 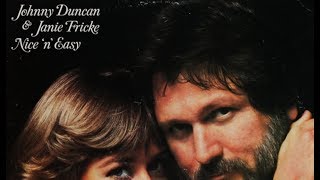 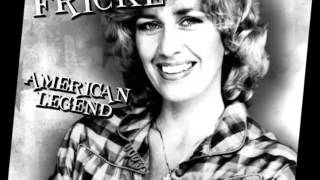 Janie Fricke -- Your Heart's Not In It 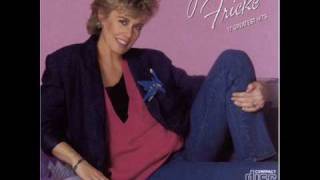 Janie Fricke - Do me with love
Available here: