Close
Becky Hobbs
from Bartlesville, OK
January 24, 1950 (age 70)
Biography
Piano-pounding honky-tonker Becky Hobbs was an Oklahoma native and violinist's daughter who began playing and making up tunes at age nine. When she was 14, Hobbs began writing Bob Dylan-influenced protest songs and singing in a folk duo with her pal Beth Morrison. The following year she started the Four Faces of Eve, an all-girl band. While attending Tulsa University, she played in Sir Prize Package. In 1971 she was performing with Swampfox. Three years later she moved to Los Angeles, where she had some success as a songwriter for Helen Reddy and Jane Olivor before eventually moving to Nashville. In 1974, Hobbs released her self-titled debut album. The following year, she released From the Heartland, followed two years later by Everyday. In 1978, Hobbs recorded "The More I Get the More I Want," her first minor hit. Her next single, "I Can't Say Goodbye to You," made it to the Top 50, and led to three more minor hits. Meanwhile, she continued writing; during the '80s, performers including Lacy J. Dalton and the Tennessee Valley Boys had success with her songs.

In 1983, Hobbs scored a Top Ten hit for Columbia with "Let's Get Over Them Together," a duet with Moe Bandy. Over the next two years, she had four hits for Liberty/EMI-America, among them "Hottest 'Ex' in Texas," and her songs were recorded by George Jones and Loretta Lynn ("We Sure Made Good Love"), Alabama ("I Want to Know You Before We Make Love," "Christmas Memories"), Moe Bandy and Joe Stampley ("Still on a Roll"), and Shelly West ("I'll Dance the Two Step," "How It All Went Wrong"). Hobbs debuted on the Grand Ole Opry in 1985. Two years later she had hit songs recorded by Conway Twitty, Glen Campbell and Emmylou Harris. In 1988 Hobbs released the album All Keyed Up, which produced three successful singles including "Jones on the Jukebox." In 1992 she and her band the Heartthrobs toured Africa as part of the U.S. Government agency Arts America. From Oklahoma with Love followed in 1998. ~ Sandra Brennan & Michael McCall, Rovi 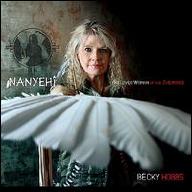 Nanyehi-Beloved Woman of the Cherokee
2011 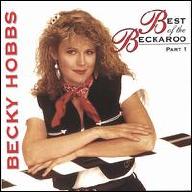 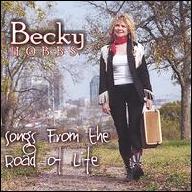 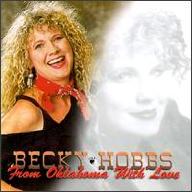 From Oklahoma with Love
1998 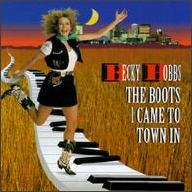