Close
Ronnie Gilbert
from Brooklyn, NY
September 7, 1926 - June 6, 2015 (age 88)
Biography
Ronnie Gilbert was no stranger to success or to controversy. Born to working-class Jewish parents in New York City, she refused to participate in her 1940s high-school senior play because she was convinced of the racial injustice of the minstrel show theme. In the 1950s, Gilbert melded her joyous contralto with the radical voices of Pete Seeger, Lee Hays, and Fred Hellerman in their celebrated group the Weavers, which brought folk rhythms and social activism to the mainstream, even while being branded as subversives in the hysteria of the McCarthy era and blacklisted. In 1963, divorced both from her husband and from the cultural expectations of a wife, Gilbert was beginning to build a solo singing career when she met Joseph Chaikin, then a young actor/director with a fledgling experimental troupe, The Open Theater. In the 1970s, Gilbert's career took yet another surprising turn when she earned an M.A. in clinical psychology and worked as a therapist for a few years.

The 1980s saw Gilbert make her debut appearance at the Michigan Womyn's Music Festival, reading a lesbian-themed poem. Gilbert met, was inspired by, and sang with Holly Near, recording Lifeline (live, 1983) and Singing with You (1986) with Near, and Harp (1985) with Near, Arlo Guthrie, and Pete Seeger. Gilbert's debut solo release, The Spirit Is Free (1985) was released on the feminist Redwood label; the live Love Will Find a Way followed, in 1989, on the Abbe Alice label, the collaborative product of a new alliance with manager/partner Donna Korones. In 1990, Gilbert gave the keynote speech at the annual conference of the Association of Women's Music and Culture (AWMAC). She also performed a one-woman theater piece on the life of the legendary American labor activist Mother Jones. Ronnie Gilbert died in Mill Valley, California on June 6, 2015 at the age of 88. ~ Laura Post, Rovi 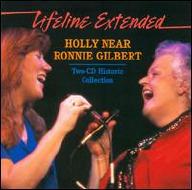 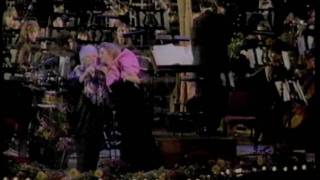 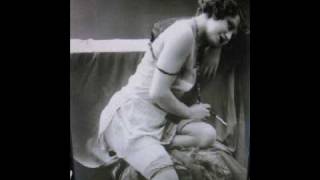 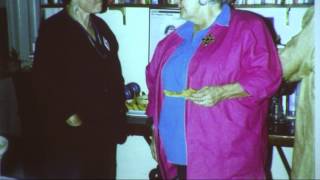 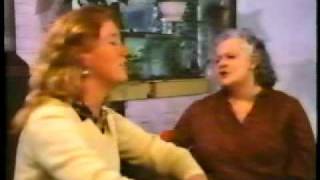 Holly Near & Ronnie Gilbert, from "Wasn't That a Time?" 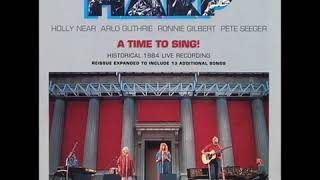 The Water Is Wide -- Ronnie Gilbert 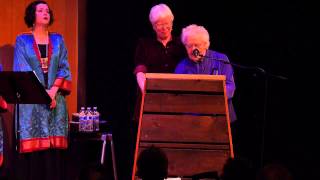