Close
Tom Harrell
from Urbana, IL
June 16, 1946 (age 75)
Biography
A highly gifted jazz soloist, Tom Harrell is generally considered one of the top trumpeters of his generation, known for a sophisticated harmonic approach that combines the power of Clifford Brown with the lyricism of Chet Baker and Art Farmer. Following his emergence in the early '70s with Horace Silver, he came into his own in the '80s and '90s, playing with Phil Woods and issuing a steady stream of acoustic post-bop albums like 1988's Stories and 1999's Time's Mirror; the latter earned a Grammy nomination for Best Large Ensemble Jazz Performance. Harrell has continued to further hone his sophisticated style, often working with younger musicians and releasing quintet dates like 2007's Light On, as well as more pared-down sessions like 2013's piano-less Colors of a Dream with bassist Esperanza Spalding. As evidence of his generous, open-minded approach, he even paired with fellow trumpeter Ambrose Akinmusire on 2016's Something Gold, Something Blue.

Born in Urbana, Illinois in 1946, Harrell grew up in the San Francisco Bay Area, where he first started playing trumpet around age eight. By his teens, he was gigging locally and eventually graduated from Stanford University with a music composition degree. After college, he joined the Stan Kenton Orchestra, touring with the ensemble until 1969. He then spent time in Woody Herman's big band before joining pianist Horace Silver's quintet. He made his recorded debut with Silver, appearing on a handful of albums throughout the mid- to late '70s.

Also during this period, he moved to New York, where he found work playing and/or recording with such luminaries as Cecil Payne, Bill Evans, Lee Konitz, and many others. He also made his debut as a leader, releasing Aurora in 1976, followed by Mind's Ear in 1978. During the '80s, Harrell's profile rose even further as he joined the Phil Woods Quintet, with whom he toured and recorded for much of the decade. He also continued to grow as a solo artist, releasing a steady flow of increasingly well-regarded albums, including 1984's Play of Light, 1985's Moon Alley, 1987's Open Air, and 1989's Lonely Eyes.

The '90s were also a fruitful period for the trumpeter, as he appeared on albums with Joe Lovano, Steve Swallow, Charlie Haden, and others. He also delivered several more well-received albums for smaller labels, including 1990's Form on Contemporary and 1991's Passages on Chesky, before landing at RCA for 1996's Labyrinth, the latter of which found him joined by tenor saxophonist Don Braden, pianist Kenny Werner, and others in quintet, nonet, and tentet settings. Subsequent RCA outings showcased more experimentation, as Harrell explored Brazilian sounds on 1998's Art of Rhythm, displayed his knack for big-band arranging on 1999's Time's Mirror (for which he received a Grammy nomination), and framed himself with strings on 2001's Paradise.

A concert album, Live at the Village Vanguard, followed on Bluebird in 2002, and featured Harrell's quintet with saxophonist Jimmy Greene, bassist Ugonna Okegwo, pianist Xavier Davis, and drummer Quincy Davis. He then delivered a studio effort for Bluebird, 2003's Wise Children, which found him working with a well-curated cadre of vocalists including Dianne Reeves, Jane Monheit, Claudia Acuña, and Cassandra Wilson.

In 2007, Harrell moved to HighNote and released Light On, which featured his quintet with tenor saxophonist Wayne Escoffery, pianist Danny Grissett, bassist Ugonna Okegwo, and drummer Johnathan Blake. Since then, he has largely stuck with the same ensemble, delivering a highly regarded run of albums for HighNote including the atmospheric 2009 release Prana Dance, 2010's Roman Nights, and the similarly expansive The Time of the Sun. The aptly titled Number Five followed in 2012.

In 2013, Harrell assembled a piano-less ensemble featuring bassist Esperanza Spalding for Colors of a Dream. He then shifted this group again, forming a quartet with saxophonist Mark Turner for 2014's Trip. A year later, he explored reworkings of classical compositions by Debussy, Ravel, and others on the orchestral-tinged First Impressions, followed by Something Gold, Something Blue with trumpeter Ambrose Akinmusire in 2016. In 2017, Harrell delivered the quartet date Moving Picture, featuring pianist Grissett, bassist Okegwo, and drummer Adam Cruz. The quintet session Infinity arrived in 2019. ~ Matt Collar, Rovi 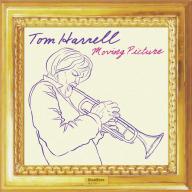 Something Gold, Something Blue 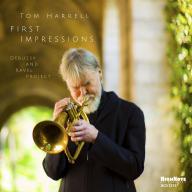 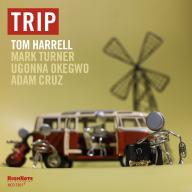 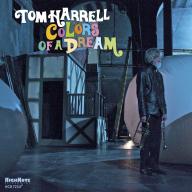 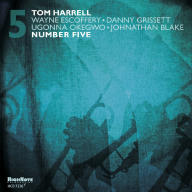 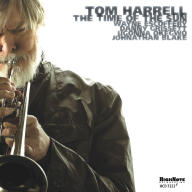 The Time Of The Sun
2011
Videos
Close 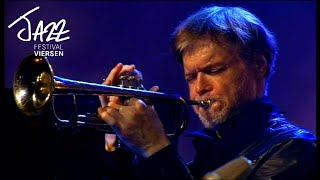 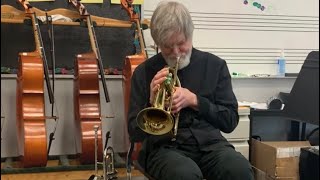 Tom Harrell All the Things You Are 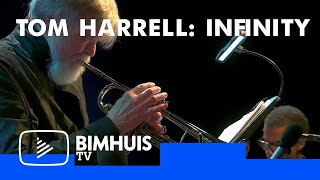 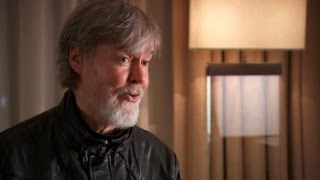 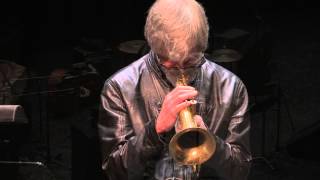 Tom Harrell - Journey to the Stars 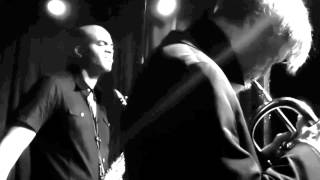 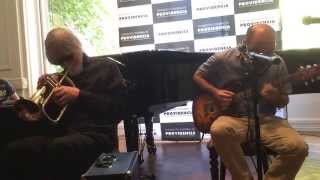