Fennesz began playing guitar as a child and later went to art school to pursue music studies. Beginning in 1988, he sang and played guitar in an art rock band called Maische, who released two albums before disbanding in 1992. His first solo work for Mego, the Instrument EP, was released in 1995 and featured four tracks of stunning, uncompromising ambient and electro-acoustic music, combining elements of experimental electro-techno with heavily treated guitar and electronics. Hotel Paral.lel followed in 1997, and Fennesz's 1998 single Plays contained nearly unrecognizable abstract "covers" of the Rolling Stones' "Paint It Black" and the Beach Boys' "Don't Talk (Put Your Head on My Shoulder)." 1999 saw the release of several collaborative albums, including The Magic Sound of Fenn O'Berg (Mego) and Music for an Isolation Tank with Zeitblom and Rantasa (on Rhiz Records). Fennesz's second solo album, Plus Forty Seven Degrees 56' 37 Minus Sixteen Degrees 51' 08, a more ambient effort recorded in his backyard, was issued by Touch in late 1999.

Endless Summer, released in 2001, brought him back to the Mego fold. Much more melodic and accessible than his previous work, the album blended Beach Boys-inspired melodies with cutting-edge laptop production techniques and harsh glitching. The album was a huge critical success, charting in numerous year-end (and eventually decade-end) best-of lists, and establishing his reputation as one of experimental electronic music's most well-respected artists. The following year, Touch released Field Recordings 1995-2002, which compiled the Instrument EP along with various compilation tracks and remixes. More collaborations appeared, including a split EP with Main on FatCat Records, Wrapped Islands with Polwechsel on Erstwhile Records, Invisible Architecture #2 with Mika Vainio on Audiosphere, and The Return of Fenn O'Berg on Mego.

Japanese label Headz released Fennesz's solo disc Live in Japan in 2003, which helped build momentum for the highly anticipated Venice, released by Touch in 2004. Including a guest appearance by vocalist David Sylvian, the album was another critical success. After collaborative albums with AMM co-founder Keith Rowe and French artist eRikm, Fennesz began collaborating with composer and Yellow Magic Orchestra co-founder Ryuichi Sakamoto, first on the 2005 EP Sala Santa Cecilia and then on 2007 full-length Cendre, both issued by Touch. His next solo album, the darker Black Sea, appeared on Touch in 2008. He released two singles as part of Touch's 7" series: the solo release Transition and Amoroso with Philip Jeck and Charles Matthews. A collaboration with Sparklehorse as part of the In the Fishtank series was released by Konkurrent in 2009.

In 2010, Fenn O'Berg released the studio album In Stereo as well as two Live in Japan LPs, all on Editions Mego. Fennesz also mixed Something That Has Form and Something That Does Not by Steven Hess and Sylvain Chauveau's project On, which was issued by Type. Yet another collaborative release, Knoxville (Thrill Jockey, 2010) was an improvised live recording with drummer Tony Buck and fellow guitarist David Daniell. Limited cassettes Szampler and Remiksz (with Stefan Goldmann) appeared on the Tapeworm during the same year. In 2011, Fennesz released the solo EP Seven Stars on Touch. A second collaboration with Sakamoto, double-CD Flumina, also appeared on Touch that year. Fenn O'Berg's In Hell was issued by Editions Mego in March of 2012, and the soundtrack album AUN: The Beginning and End of All Things (including solo Fennesz pieces as well as collaborations with Sakamoto) was released by Ash International a few months later. Fennesz also made his return to Editions Mego as a solo artist with Fa 2012, an unusually dance-oriented single which included a remix by Mark Fell.

Double-live LP 17.02.12 appeared on Song Cycle in 2013, with a limited box set edition including a CD and two DVDs. Tribute to John Cage in Four Parts, a tribute to John Cage recorded live with Patrick Pulsinger, was released by Col Legno that year. 2014's Bécs saw Fennesz wrapping his electro-acoustic processing around live drums and modular synthesizers. Conceived as the sequel to Endless Summer, the album was released by Editions Mego. Fennesz contributed to David Sylvian's spoken word album There's a Light That Enters Houses with No Other House in Sight, released by Samadhisound near the end of 2014. In 2015, Fennesz and King Midas Sound released the predominantly ambient Edition 1 on Ninja Tune. Also that year, AirEffect (with Ozmotic) appeared on German label Folk Wisdom. Fennesz's Mahler Remix, based on Gustav Mahler's symphonies and originally released digitally in 2014, was given a double-vinyl issue by Touch in early 2016. Later in the year, Editions Mego released It's Hard for Me to Say I'm Sorry, the first duo collaboration between Fennesz and Jim O'Rourke. Returning to Touch, Fennesz released the two-song single Station One in 2018. This was followed in 2019 by Agora, a stripped-down full-length recorded in the artist's flat after he lost access to a proper studio. ~ Sean Cooper & Paul Simpson, Rovi 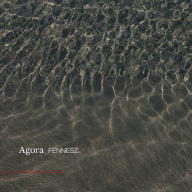 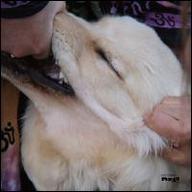 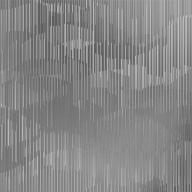 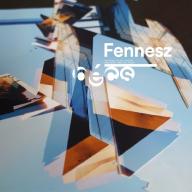 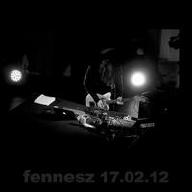 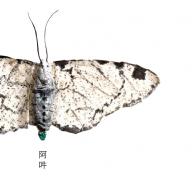 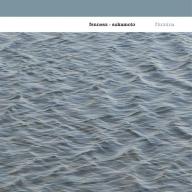 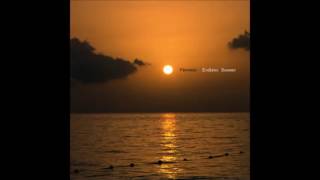 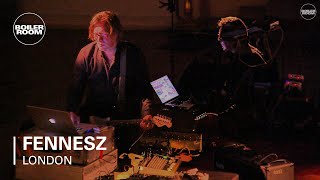 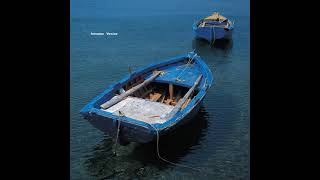 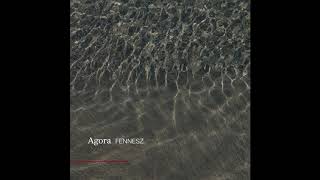 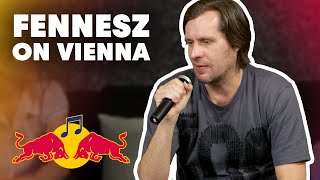 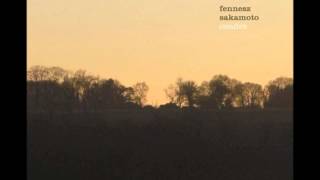 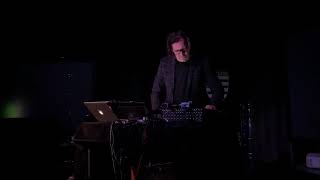