Close
Gary Peacock
from Burley, ID
May 12, 1935 - September 4, 2020 (age 85)
Biography
A sophisticated, forward-thinking jazz bassist, Gary Peacock was a subtle yet distinctive musician whose intuitive, sympathetic ear for group interplay found him crossing from straight-ahead standards to avant-garde free jazz. While his intellectual curiosity drew him to such wide-ranging pursuits as biology and Eastern philosophy, Peacock's immense musical talents kept him at the epicenter of progressive jazz and creative improvisation for more than six decades. He began recording with saxophonist Bud Shank and others during the late 1950s. His first engagement with the '60s "new thing" was on the 1963 Prince Lasha-Sonny Simmons date Cry! He worked with both Gil Evans and Bill Evans in 1964, followed by a stint in the Albert Ayler quartet that netted Ghosts, Spirits Rejoice!, and Spiritual Unity. His long association with ECM Records began in 1970 with the simply titled Paul Bley with Gary Peacock. Peacock was prolific during the '70s, playing on key recordings for Japanese jazzmen, and working with pianists Bley, Mal Waldron, and Bill Evans. In 1977, he led a trio with Jack Dejohnette and Keith Jarrett for Tales of Another on ECM (which soon evolved into the pianist's long-lived "Standards Trio"), followed by 1979's widely acclaimed (mostly) solo bass offering December Poems. During the '80s, Peacock led several bands and was a member of Jarrett's and Michel Petrucciani's trios. During the century's final decade, Peacock participated in numerous dates -- often as a co-leader -- including duet offerings with guitarists Bill Frisell and Ralph Towner, and as a member of Tethered Moon, with Motian and Masabumi Kikuchi on the now-classic Plays Kurt Weill date. Peacock also participated in several historic sessions including Annette (with Bley and Franz Koglmann), the Jarrett Trio's At the Deer Head Inn, and Nothing Ever Was, Anyway. Music of Annette Peacock, by pianist Marylin Crispell. He remained her collaborator for 2001's Amaryllis and co-headlined Azure in 2013, while also maintaining his membership in Jarrett's group and collaborating extensively with pianist Marc Copland.

Born in Burley, Idaho, in 1935, Peacock grew up in Yakima, Washington, where he took piano lessons starting in elementary school. During his teens, he added drums to his repertoire and played in various local bands. After high school, Peacock briefly attended Westlake School of Music in Los Angeles before being drafted into the Army. Stationed in Germany, the burgeoning pianist continued his musical studies and started his own small jazz ensemble. Serendipitously, when the bassist left his group, Peacock switched to playing bass, a move that would shape the rest of his career.

Discharged from the Army in 1956, Peacock remained in Germany for several months before once again settling in Los Angeles. Back in California, the bassist quickly found work playing with such West Coast luminaries as saxophonists Bud Shank and Art Pepper, as well as guitarists Barney Kessel and Laurindo Almeida.

In 1960, Peacock married vocalist/composer/arranger/lyricist Annette Peacock (née Coleman). A genre-bending artist, Annette would become a highly respected individualist whose songs were often played by her husband and associates. It was also during this period that Peacock befriended pianist Paul Bley while recording trumpeter Don Ellis' 1962 album Essence. A Juilliard graduate and supremely adept musician, Bley would become one of Peacock's closest associates. Later, Bley also formed a creative and romantic partnership with Annette after she and Gary parted ways.

During the early '60s, Peacock relocated to New York City, where he performed with a bevy of big-name artists including saxophonists Jimmy Giuffre and Roland Kirk and pianist George Russell, among others. From 1962 to 1963, he was also a member of pianist Bill Evans' trio, appearing on the album Trio 64 along with another longtime associate, drummer Paul Motian. In 1964, Peacock briefly replaced bassist Ron Carter for several live dates in trumpeter Miles Davis' quintet. This led to his appearance on drummer and fellow Davis alum Tony Williams' debut as leader, 1964's Life Time.

Coming off his experience with Davis, Peacock began a formative association with saxophonist Albert Ayler. An aggressive free jazz artist, Ayler's music had a profound influence on the Peacocks, who both toured with Ayler in Europe. Though they eventually divorced, both Gary and Annette would continue to explore avant-garde and free improvisation throughout the rest of their careers. With Ayler, Peacock recorded such landmark albums as 1964's Ghosts, 1964's Prophecy, and 1965's Spirits Rejoice. The latter half of the '60s proved to be no less formative for the bassist, who collaborated with Bley on several dates including 1964's Turning Point and 1967's Ballads. Peacock also rejoined Williams for 1965's Spring before rounding out the decade in 1968 with Bley's Mr. Joy.

In 1969, due in part to suffering from a perforated ulcer, Peacock decided to take a hiatus from performing and moved to Japan. While there, he focused his attention on learning the Japanese language, studying Eastern medicine, and investigating Shintoism and Zen Buddhism. Eventually returning to music, Peacock made his debut as a leader with Eastward (1970), which also featured pianist Masabumi Kikuchi and drummer Hiroshi Murakami. While in Japan, he played with saxophonist Sadao Watanabe and pianist Mal Waldron, and recorded for the first time with future Jarrett bandmate drummer Jack DeJohnette.

Returning to the States in 1972, Peacock once again diversified his interests, enrolling in biology courses at the University of Washington. Graduating in 1976, he embarked on a tour of Japan with Bley and drummer Barry Altschul; one of the dates resulted in the concert album Japan Suite. The following year, Peacock released his ECM debut, Tales of Another, which showcased his first outing with both pianist/keyboardist Jarrett and drummer DeJohnette. From 1979 to 1983, Peacock also taught music theory at the Cornish School of the Arts in Seattle.

Beginning in the '80s, Peacock further explored his partnership with Jarrett and DeJohnette with a collaboration that was eventually dubbed the "Standards Trio" due to the group's focus on atmospheric, inventive reworkings of American popular songbook and jazz standards. Included among these are such highly acclaimed albums as Jarrett's Standards, Vol. 1 and Vol. 2 (1983), Changes (1984), Standards Live (1985), Still Live (1986), and Standards in Norway (1989). The '90s also proved to be a fruitful decade for the trio with the release of such albums as The Cure (1990), Tribute (1991), Changeless (1992), and the live date Tokyo '96 (1998). Also during this time, Peacock released a select if steady stream of solo efforts, many of which featured longtime partners Bley and Motian. Included among these are Oracle (1993), Tethered Moon (1993), Just So Happens (1994), Annette (1995), and Mindset (1997).

The following decade also found Peacock returning to his work with Jarrett, appearing on such albums as Inside Out (2001), Always Let Me Go: Live in Tokyo (2002), Up for It: Live in Juan-Les-Pins (2003), The Out-of-Towners (2004), and Yesterdays (2009). A journeyman collaborator, Peacock continued to collaborate with like-minded contemporaries such as pianist Marc Copland, with whom he recorded such albums as New York Trio Recordings, Vol. 1: Modinha (2006) and his own Insight (2009). The bassist also reunited numerous times with drummer Motian for albums such as Amaryllis (2001) and No Comment (2011).

In 2012, Peacock joined forces with saxophonist Lee Konitz, guitarist Bill Frisell, and drummer Joey Baron for Enfants Terribles: Live at the Blue Note. He then paired with pianist Marilyn Crispell for the 2013 duo album Azure. In 2015, Peacock formed yet another trio configuration, this time with Baron and Copland for the ECM date Now This. The same trio followed the set with Tangents two years later. It showcased the group's trademark muscular virtuosity tempered by poetic restraint, animating five originals by Peacock, one by Copland, and two by Baron, as well as readings of two classics associated with pianist Bill Evans: "Blue in Green" and "Spartacus."

In early 2018, ECM issued the archival, previously unreleased double-disc After the Fall from Jarrett's standards trio with DeJohnette and Peacock. Recorded in Newark, New Jersey, in November 1998, it marked the pianist's return to the stage after a two-year hiatus. In 2019, ECM issued When Will the Blues Leave, a document of a live performance captured at the Aula Magna di Trevano in Switzerland during the Not Two, Not One tour in 1999. Gary Peacock died on September 4, 2020 in New York City at the age of 85. ~ Matt Collar, Rovi 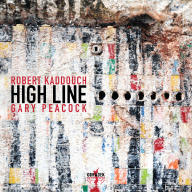 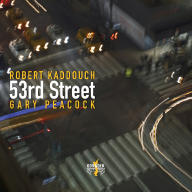 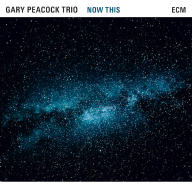 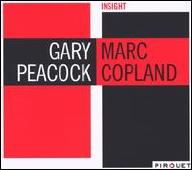 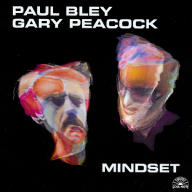 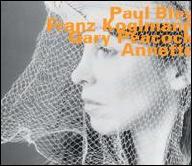 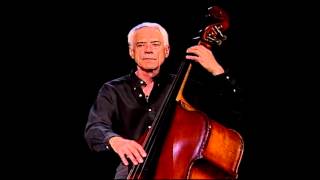 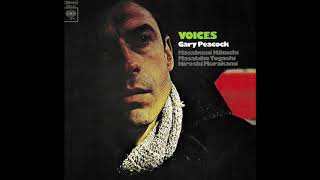 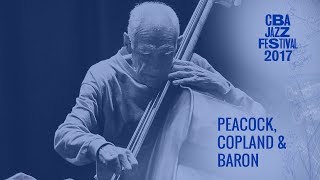 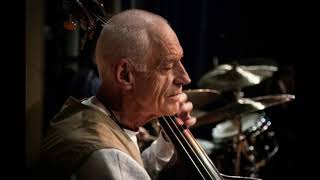 In memory of Gary Peacock 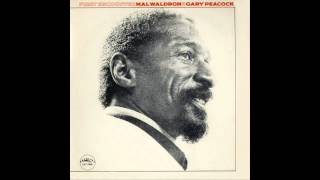 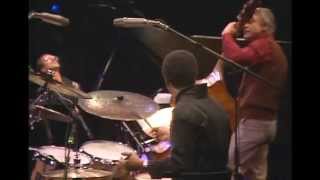 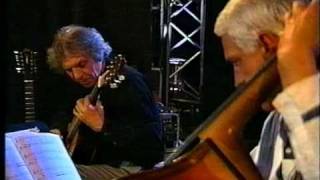