Close
Luther Allison
from Widener, AR
August 17, 1939 - August 12, 1997 (age 57)
Biography
An American-born guitarist, singer, and songwriter who lived in France since 1980, Luther Allison was the man to book at blues festivals in the mid-'90s. Allison's comeback into the mainstream was ushered in by a recording contract with an American record company, Chicago-based Alligator Records. After he signed with Alligator in 1994, Allison's popularity grew exponentially and he worked steadily until his death in 1997.

Born August 17, 1939, in Widener, AR, Allison was the 14th of 15 children, the son of cotton farmers. His parents moved to Chicago when he was in his early teens, but he had a solid awareness of blues before he left Arkansas, as he played organ in the church and learned to sing gospel in Widener as well. Allison recalled that his earliest awareness of blues came via the family radio in Arkansas, which his dad would play at night. Allison recalls listening to both the Grand Ole Opry and B.B. King on the King Biscuit Show on Memphis' WDIA. Although he was a talented baseball player and had begun to learn the shoemaking trade in Chicago after high school, it wasn't long before Allison began to focus more of his attention on playing blues guitar. Allison had been hanging out in blues clubs all through high school, and with his brother's encouragement, he honed his string-bending skills and powerful, soul-filled vocal technique.

It was while living with his family on Chicago's West Side that he had his first awareness of wanting to become a full-time bluesman, and he played bass behind guitarist Jimmy Dawkins, who Allison grew up with. Also in Allison's neighborhood were established blues greats like Freddie King, Magic Sam, and Otis Rush. He distinctly remembers everyone talking about Buddy Guy when he came to town from his native Louisiana. After the Allison household moved to the South Side, they lived a few blocks away from Muddy Waters, and Allison and Waters' son Charles became friends. When he was 18 years old, his brother showed him basic chords and notes on the guitar, and the super bright Allison made rapid progress after that. Allison went on to "blues college" by sitting in with some of the most legendary names in blues in Chicago's local venues: Muddy Waters, Elmore James, and Howlin' Wolf among them.

His first chance to record came with Bob Koester's then-tiny Delmark Record label, and his first album, Love Me Mama, was released in 1969. But like anyone else with a record out on a small label, it was up to him to go out and promote it, and he did, putting in stellar, show-stopping performances at the Ann Arbor Blues Festivals in 1969, 1970, and 1971. After that, people began to pay attention to Luther Allison, and in 1972 he signed with Motown Records. Meanwhile, a growing group of rock roll fans began showing up at Allison's shows, because his style seemed so reminiscent of Jimi Hendrix and his live shows clocked in at just under four hours!

Although his Motown albums got him to places he'd never been before, like Japan and new venues in Europe, the recordings didn't sell well. He does have the distinction of being one of a few blues musicians to record for Motown. Allison stayed busy in Europe through the rest of the 1970s and 1980s, and recorded Love Me Papa for the French Black and Blue label in 1977. He followed with a number of live recordings from Paris, and, in 1984, he settled outside of Paris, since France and Germany were such major markets for him. At home in the U.S., Allison continued to perform sporadically, when knowledgeable blues festival organizers or blues societies would book him.

As accomplished a guitarist as he was, Allison wasn't a straight-ahead Chicago blues musician. He learned the blues long before he got to Chicago. What he did so successfully is take his base of Chicago blues and add touches of rock, soul, reggae, funk, and jazz. Allison's first two albums for Alligator, Soul Fixin' Man and Blue Streak, are arguably two of his strongest. His talents as a songwriter are fully developed, and he's well-recorded and well-produced, often with horns backing his band. Another one to look for is a 1992 reissue on Evidence, Love Me Papa. In 1996, Motown reissued some of the three albums worth of material he recorded for that label (between 1972 and 1976) on compact disc.

Well into his mid-50s, Allison continued to delight club and festival audiences around the world with his lengthy, sweat-drenched, high-energy shows, complete with dazzling guitar playing and inspired, soulful vocals. He continued to tour and record until July of 1997, when he was diagnosed with inoperable lung cancer. Just over a month later, he died in a hospital in Madison, WI; a tragic end to one of the great blues comeback stories. 1998's posthumous Live in Paradise captured one of his final shows, recorded on La Reunion Island in April 1997. Thomas Ruf, who was inspired by and became a friend of Allison's shortly before the bluesman's death, issued Underground on Ruf Records in 2007. ~ Richard Skelly, Rovi 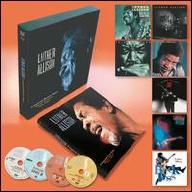 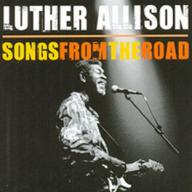 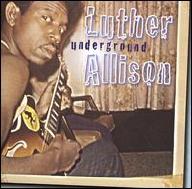 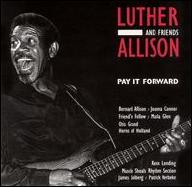 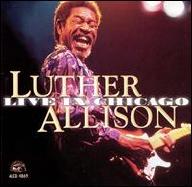 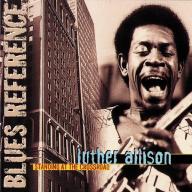 Standing At the Crossroad
1999 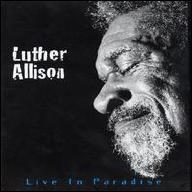 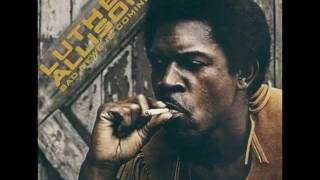 Luther Allison - It's Been a Long Time 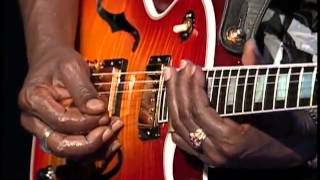 Luther Allison - It Hurts Me Too at Montreal International Jazz Festival, 1997 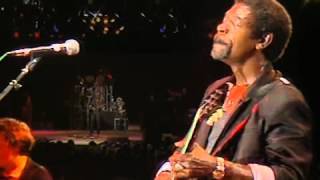 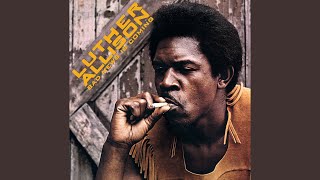 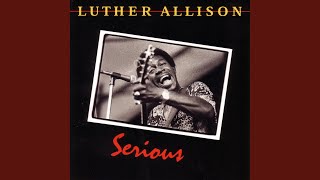 Life Is A Bitch 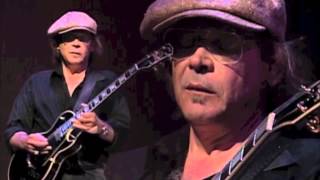 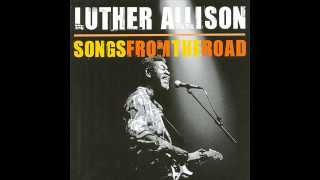