Close
Djabe
from Hungary
formed January 1, 1996 (age 26)
Biography
Djabe are an award-winning Hungarian jazz and progressive fusion band comprised of virtuoso musicians. Their music is a unique meld where elements of electric jazz are woven through various aspects of Hungarian and other cultures' folk and progressive rock. Their name was taken from the Ashanti language of Ghana; it means "freedom." With a sound that stitches electric guitar and bass pyrotechnics to warm ambiences, electronic soundscapes, and a full array of percussion instruments, it is melodic, textural, and widely accessible. The band's recorded history dates to 1996's self-titled full-length on Gramy Records. Their albums have been acclaimed throughout Europe and Asia. Their late 1998 offering, Witchi-Tai-To, won a 2000 Hungarian Music Award as Best World Music Album of the Year. 2003's Táncolnak A Kazlak (translation "Sheafs Are Dancing") signaled the start of an ongoing collaborative relationship with former Genesis guitarist Steve Hackett; it won a Prince Award for Best World Music Recording in 2004. The band's reputation for incendiary and engaged live performances has brought them to festival stages across the world. Their live gigs are so highly regarded -- concert recordings almost always contain mostly new material -- that they make up the vast majority of Djabe's recorded catalog. 2011's double-set, In the Footsteps of Attila and Genghis with Hackett, was drawn from concerts in Serbia and Malaysia. Its release resonated with prog audiences worldwide and the album placed on world music charts. Since then, Hackett and Djabe have released a half-dozen more recordings, including 2017's Life Is a Journey: The Sardinia Tapes and the following year's It's Never the Same Way Twice, with Icelandic percussionist Gulli Briem guesting alongside Hackett.

Djabe were assembled in Budapest in 1995 by guitarist/percussionist Attila Égerházi and bassist/arranger Tamás Barabás -- the group's only constant members -- out of a desire to offer a new form of fusion that relied equally on progressive music and global folk traditions, and they set up their own label, Gramy Records, to issue their recordings. Their self-titled debut won acclaim from the Hungarian and Eastern European press, providing Djabe the opportunity to tour. Their sophomore effort, Witchi-Tai-To (titled for Native American jazz saxophonist Jim Pepper's signature composition), was released at the end of 1998 with an evolved lineup, and proved so popular that it won the 2000 Hungarian Music Award for Best World Music Album of the Year. That summer, Djabe played the festival circuit in Eastern Europe and the Baltics to massive acclaim. They stepped back into the studio for the expansive Ly-O-Lay Ale Loya, then followed it almost immediately with the live album Tour 2000. An expanded lineup that included American jazz saxophonist Ben Castle (who has recorded often with the group) issued 2001's Update, that won acclaim from critics and state radio in several countries, and allowed the band to travel and play Western European dates in Italy, Germany, and England. 2003's Táncolnak A Kazlak was inspired by the paintings of internationally renowned artist Égerházi Imre (father of Attila) and was the first to feature former Genesis guitarist Steve Hackett as a collaborator. In the wake of that release, Djabe played a seven-hour show that resulted in Unplugged at the New Orleans in 2004. During this period, the band's lineup expanded and contracted with regularity; the changes were either dictated be material or location: On 2005's Slices of Life, the group was a septet with Castle among them, and included the Echo String Quartet as well. 2007's Take On was recorded with a tentet that included not only Castle, but also saxophonist John Nugent filling out the horn section with Djabe trumpeter Ferenc Kovács. The Alim Qasimov Ensemble's guitar player and oudist Malik Mänsurov were also featured.

The appeal of the shapeshifting ensemble was embraced by state radio in Germany, the BBC, Radio France, and National Public Radio in the U.S., facilitating an ever-more-demanding tour schedule. Three back-to-back recordings with Hackett followed: 2011's live festival date In the Footsteps of Attila and Genghis, 2012's best-selling studio offering Down and Up with a very large ensemble, and 2013's Summer Storms Rocking Rivers that co-billed the guitarist as a special guest. In 2014, Forward included appearances from the Hungarian Symphony Orchestra, Gulli Briem, and Hackett, and was partially recorded in a London studio while Djabe were on tour. A few months later, the globally acclaimed Live in Blue, with the guitarist, Briem, and Nugent, was released and garnered airplay as far away as South America. 2016's 20 Dimensions was a kind of concept offering that included select guest spots from Hackett, Castle, and Mansurov.

The pairing of the former Genesis guitarist with Djabe resulted in a record deal with Cherry Red's progressive imprint Esoteric Antenna. The first date to appear was the co-billed Life Is a Journey: The Sardinia Tapes in 2017. Djabe and Hackett had spent a few days on the island of Sardinia in 2016. Near the Nostra Signore di Tergu cathedral they built a temporary recording studio inside the priest's house. A three-day, completely improvised session was assembled for release by Tamás Barabás; he produced the album from the multitrack tapes. Live in Blue was also reissued in 2017. Djabe played festivals in Washington, D.C.; Baltimore, Maryland; Rochester, New York; San Jose, California, and Toronto, Ontario. Djabe issued the studio date Flow in 2018 to kick off their most prolific year. They followed it immediately with three live offerings: Life Is a Journey: The Budapest Live Tapes, co-billed to Hackett on Esoteric Antenna; Forward Live; and Djabe with Steve Hackett and Gulli Briem: It Is Never the Same Twice, an audio-video disc combination. In 2019, the band released Overflow during the early spring. Three years after the Life Is a Journey sessions, Djabe returned to Sardinia and recorded newly improvised sessions. They worked at the same location and recorded onto 24-track analog tape. The guitarist later completed his parts in Budapest, before the mixing period, as his summer schedule did not allow free time to work with the band live. Back to Sardinia with Hackett was released in December to close out the decade. ~ Thom Jurek, Rovi 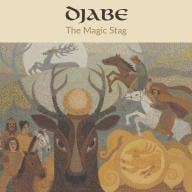 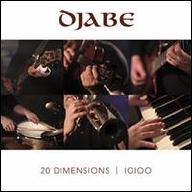 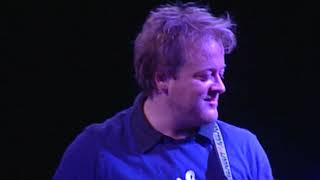 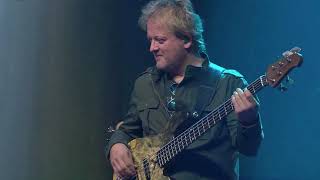 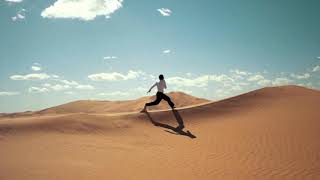 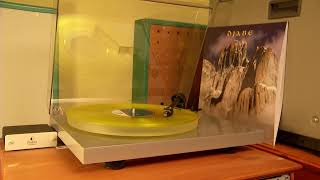 Djabe: Lost In The Desert 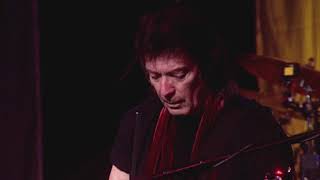 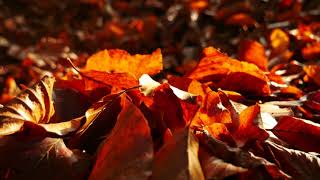