Close
David Torn
from Amityville, NY
May 26, 1953 (age 68)
Biography
David Torn is a self-described "textural guitarist" as well as a producer, film composer, recording artist, and sideman. He is well-known for his sophisticated, innovative playing style, which employs a self-developed digital looping system that has become pervasive in the 21st century. His urgent, atmospheric, effects-drenched sound blurs the lines between rock, jazz, and avant music. A New York native, Torn was a member of the Everyman Band, whose two '80s recordings for ECM are foundational documents in his transition from jazz fusion to avant and abstract jazz-rock. His 1987 ECM date, Cloud About Mercury, with Bill Bruford, Tony Levin, and Mark Isham, is universally considered a classic of progressive music. His work with the bassist/clarinetist Mick Karn that began on 1992's Door X led to a years-long collaboration and the recording of Polytown (1994) with drummer Terry Bozzio. Torn is a prolific sideman who has worked in studios and on stages with David Bowie and David Sylvian, Madonna, Laurie Anderson, Meshell Ndegéocello, Tori Amos, and John Legend, among others. His groundbreaking textural work has influenced film scoring via his unique musical contributions to scores by Carter Burwell, Ryuichi Sakamoto, Howard Shore, and Isham, as well as his own scores for Friday Night Lights and Drumline: A New Beat. After nearly two decades of recording and producing for other labels, Torn returned to ECM for 2007's Prezens, which peaked at number 34 on Billboard's Jazz Albums chart. In 2015, he issued the acclaimed, completely solo outing Only Sky, and four years later, Sun of Goldfinger in a power trio with Berne and drummer Ches Smith.

Torn was born in Amityville, New York in 1953. He studied with Leonard Bernstein (as part of the New York Symphony's Young Composers Series). Though obsessed with music from a young age, he claimed the trajectory of his life was changed after hearing Jimi Hendrix's "burning wall of voodoo" in the late '60s. Torn studied privately with John Abercrombie, Pat Martino, Paul Weiss, and Arthur Basile. He played in a series of experimental and jam bands including Ithaca's Zobo Funn Band during the '70s and fell under the sway of jazz fusion.

After moving to Manhattan, Torn co-founded the Everyman Band with saxophonist Marty Fogel, bassist Bruce Yaw, and drummer Michael Suchorsky. They toured with Don Cherry and with Lou Reed. The group signed their own contract with ECM and cut two albums for the label, a self-titled effort in 1982 and Without Warning, released in 1985. Between those two recordings, Torn began his solo career with a pair of albums for the label; 1984's Best Laid Plans (co-billed to percussionist Geoffrey Gordon) revealed his unique style and his employment of Robert Fripp-influenced early loops.

He began his journey as a sideman in earnest after winning a spot with Jan Garbarek's touring band and quartet during the mid-'80s (It's OK to Listen to the Gray Voice). After leaving the saxophonist's group, Torn cut Cloud About Mercury with trumpeter Mark Isham and King Crimson's then-rhythm section drummer Bill Bruford and bassist Tony Levin. Since its release, the set has been universally regarded as one of the finest jazz fusion dates of the decade and has influenced scores of guitarists and producers ever since. He also played on David Sylvian's Secrets of the Beehive (where he met bassist Mick Karn) and Isham's Castalia.

Torn left ECM and cut Door X, his 1990 experimental singer/songwriter solo offering for Windham Hill, which featured guest spots from Bruford, Gordon, and Chris Botti. The set included a cover of Hendrix's "Voodoo Child." Two years later, after working as guitarist and producer for Karn on Bestial Cluster, Torn was diagnosed with a brain tumor called an "acoustic neuroma" that required a full craniotomy. The operation left him deaf in the right ear and burdened with several other health obstacles, but Torn proved indomitable. Undertaking a years-long recovery, he first contributed guitar to the score for the film Kalifornia in 1993 and re-entered the studio with Karn and drummer Terry Bozzio to cut Polytown, issued in 1994. A largely volatile power trio outing, the finished product was the result of some personally explosive recording sessions. Torn and Karn remained close, however, and he appeared on the bassist's follow-up, The Tooth Mother, in 1995. Torn's film career was also underway; that same year he contributed to the score for Airheads.

He re-entered the studio alone to cut 1995's Tripping Over God, an ambitious solo project. Its only other musician was his son Elijah Torn, who employed fretless bass and noise loops on a cover of Muddy Waters' "Rollin' & Tumblin'." The following year, Torn issued What Means Solid, Traveller? for CMP with bassist Fima Ephron and former Jimi Hendrix Experience drummer Mitch Mitchell. Two years later, he and Botti made up the rest of the Bruford-Levin quartet for the avant-rock set Upper Extremities. Between 1996 and 1999, he immersed himself in session, production, and film work. He appeared on no less than ten scores during this period, including those for Velvet Goldmine, The Big Lebowski, and Three Kings, and played on recordings by Ryuichi Sakamoto (Discord), k.d. lang (Drag), Chocolate Genius (Black Music), Meshell Ndegeocello (Bitter), and Robert Rich (Seven Veils). CMP also released The David Torn Collection in 1998.

As the 21st century dawned, Torn was in demand as a sideman and producer, and issued his own experimental abstract rock-cum-electronics set Splattercell. Over the next few years, he worked with Tim Berne extensively, playing in the saxophonist's bands as well as producing his records. He also played on David Bowie's Heathen and Tori Amos' Scarlet's Walk. Torn engineered a couple of tracks for Jeff Beck's Jeff set for Epic in 2003, and composed and recorded the score for The Order. Over the next two years, he produced albums by Kaki King, Drew Gress, Berne, and Dave Douglas, and composed the score for the acclaimed film Friday Night Lights. His work in cinema and television has been constant ever since, his credits too numerous to mention.

Given his work for both big and small screens and his ever-growing resumé as a sideman and producer, Torn didn't record an album under his own name until 2007's Prezens, which marked his return to ECM. Regarded by the music media as an event, the set featured the Berne quartet with the saxophonist, Tom Rainey, and Craig Taborn, along with Matt Chamberlain on additional drums. After touring, Torn resumed his work in cinema and television and played on and produced recordings by others, including John Legend's Once Again and Manu Katche's Playground.

In 2011, Torn, Levin, and former Yes drummer Alan White issued the independently released Levin Torn White, and two years later the guitarist played on Bowie's The Next Day. In 2015, Torn issued the completely solo Only Sky for ECM, playing not only guitar but electric oud; it stands as the most intimate recording in his catalog. Over the next couple of years, he produced and contributed several scores -- including Rosewater and Wonderstruck -- and played on Incidentals by Berne's Snakeoil and Sky Music: A Tribute to Terje Rypdal for Rune Grammofon. In 2018, he played on Pineapple Thief's Dissolution and was co-billed on Sonar's Vortex for RareNoise, which he also produced.

Torn teamed with Ches Smith and Berne for his own Sun of Goldfinger on ECM, which was issued in the spring of 2019. A spiraling three-track improv outing drenched in electronics and free playing, the album peaked at number six on the Billboard Jazz Albums chart. The trio followed it with a European tour. That year, Torn joined the progressive Swiss outfit Sonar for Tranceportation, Vol. 1. He played on Fractal Guitar Remixes and Extra Tracks, Including Urban Nightscape (Bill Laswell Remix) with Stephan Thelen and Markus Reuter. In 2020, Torn was credited as producer and mixing and mastering engineer on The Fantastic Mrs. 10 by Tim Berne's Snakeoil. ~ Thom Jurek, Rovi 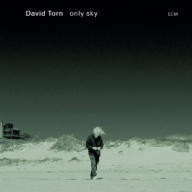 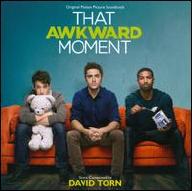 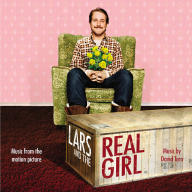 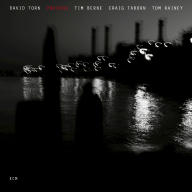 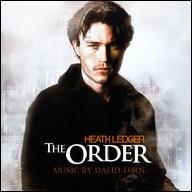 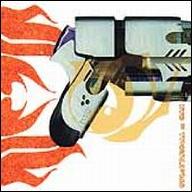 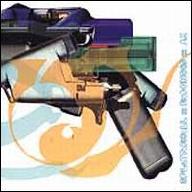 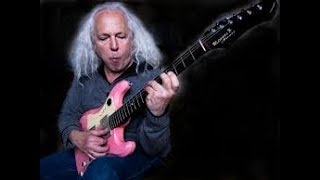 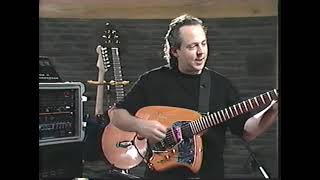 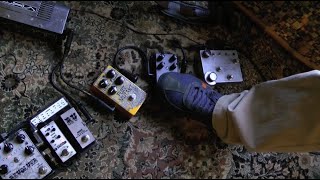 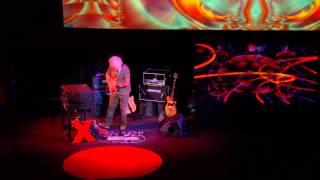 Premiere performance for solo guitar and oud, "only sky": David Torn at TEDxCaltech 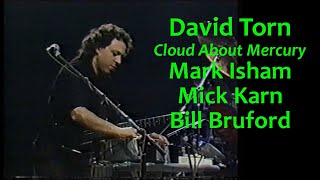 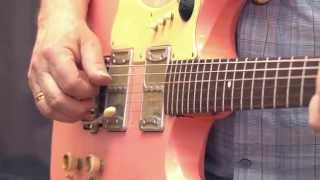 David Torn at the Fretboard Journal 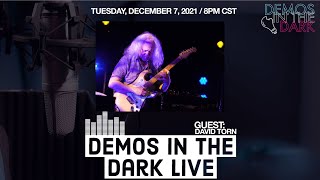