Close
Elmer Bernstein
from New York, NY
April 4, 1922 - August 18, 2004 (age 82)
Biography
If Elmer Bernstein had realized his childhood hopes, he might have been a successful concert pianist from the '40s through the '60s. Instead, thanks to his ability as a composer (manifested at an early age), and the timely intervention of World War II, he has for more than four decades been a major force in popular and film music, and a major influence on American popular culture.

Born in New York City, Bernstein as a boy showed a consuming interest in music, especially on the piano. He was a natural prodigy and early on, his teacher recognized a tendency on his part to improvise on the piece he was playing, an ability that he was encouraged to develop. Bernstein also had a serious interest in folk music, which was to serve him in good stead in the decades that followed. When Bernstein was 13, his music teacher arranged for the boy to audition for Aaron Copland, who was sufficiently impressed to arrange for him to study with one of his own students. He subsequently enrolled at the Juilliard School in New York, where he continued as a piano student and also took up composition. His composition teachers in the late '30s included Stefan Wolpe and Roger Sessions.

World War II interrupted any plans that Bernstein might have had to pursue a career in the concert hall. Luckily, he was assigned to an entertainment unit after being drafted and it was while serving in uniform that he got his first formal opportunity to write music. He was assigned as an arranger of traditional American songs for Glenn Miller and the United States Army Air Force Band, which led to his being assigned to write the music for Armed Forces Radio programs. By the time he returned to civilian life, Bernstein had written the music for more than 80 broadcasts and wanted to pursue a career as a composer. The post-war era offered ever-decreasing opportunities for composers, as entertainment and music were changing (and no one was sure how, or into what).

In 1949, he got a new chance to write music when he was commissioned to write the score for a United Nation radio program on the founding of the State of Israel. Radio was still a huge medium in those days and the dominant home entertainment medium, and the broadcast was also carried by NBC. One network executive who heard it was impressed with Bernstein's music and offered him the chance to compose the music for a network program. That program, in turn, led to an offer -- increasingly rare in that time of ever-tightening budgets and personnel lists -- to come out to Hollywood and work in movies. Bernstein arrived in Hollywood just as the studio system was entering a period of decline (and ultimate collapse), in the wake of the birth of commercial television and the consent decree signed by the studios that forced them to give up their theater chains. Still, there was work available and he spent the early '50s moving between the smaller major studios like RKO and Columbia and independent companies such as Astor Films. It was at Astor that Bernstein scored two of his stranger film vehicles, the notoriously bad (though campily funny) #Robot Monster and #Cat Women of the Moon.

He gradually moved up to doing films at the majors, including MGM and 20th Century Fox, where he got to write the music for some of their smaller-scale films. Bernstein's professional breakthrough took place in 1955 with Otto Preminger's film #The Man With the Golden Arm. The movie itself was a breakthrough in terms of subject matter (drug addiction) and the fact that the lead character (played by Frank Sinatra) was a jazz musician, and it opened up possibilities that weren't often found in Hollywood features. Bernstein used jazz as the basis of his score for the film, and the result was a groundbreaking soundtrack that became the first of Bernstein's film music to get a commercial release -- it also received an Oscar nomination, the first of many for the composer.

His score for the Preminger film made a noise among musicians and the somewhat more adventurous portion of the audience for popular music, but that same year, Bernstein was assigned to a film with far wider, more mainstream, appeal: Cecil B. DeMille's #The Ten Commandments. A religious epic that pulled whole families into theaters and found a major audience in every corner of the country and almost every social stratum, the movie was a monumental hit. Bernstein's big orchestral score achieved great popularity and the composer's name was suddenly known and recognized among casual filmgoers in the same manner as his much older contemporaries Max Steiner and Franz Waxman.

In 1958, Bernstein moved into a new and booming field of music composition -- television -- signing with Revue Productions, the television arm of Universal Pictures. For the next few years, he turned up as the composer of the main title music of series such as the detective thriller #Johnny Staccato (which was a Top Five hit in England) and #Riverboat, among other shows. He also cut a pair of light pop-jazz albums, one for Decca and the other for Capitol, in 1956 and 1960, respectively.

The next major milestone in Bernstein's career came in 1960 when he was engaged to score John Sturges' #The Magnificent Seven. A Western adapted from Akira Kurosawa's medieval Japanese epic #The Seven Samurai, #The Magnificent Seven proved phenomenally popular, not only in the year of its release but perennially so. It had enough action and richness of characterization that audiences loved to come back to it year after year on television. It was with the score of #The Magnificent Seven that Bernstein got to put his early love of folk music into play. In a manner not far removed from Aaron Copland (or, for that matter, film composer Alfred Newman), he utilized the melodic characteristics of folk and Western music in a sweeping orchestral canvas that gave the action on the screen the veneer of folk-legend and the urgency of a great symphony in performance.

In fact, the main title theme proved so rousing that it quickly took on a life of its own. Starting in the early '60s, #The Magnificent Seven theme was licensed by the makers of Marlboro cigarettes for use in a series of Western-themed commercials (replacing a much more non-descript working man image previously used in their television ads) that ran for the remainder of the decade and right up until the end of legal cigarette advertising on television. In the end, it may have become the most widely heard piece of movie music in history, allowing for the hundreds of thousands of airings of dozens of commercials for the cigarettes, all of which used at least a fragment of Bernstein's music.

Ironically, the company that released the movie never capitalized on the music's popularity, and until 1999, there was no original soundtrack album for #The Magnificent Seven. At the time of the film's release, Bernstein wasn't well-known for his Western theme music. That soon changed, but not in time for United Artists Records to do much about it. Additionally, United Artists Records was a new operation, only a couple of years old, and had not done particularly well with the Western soundtracks it had released up to that point, some of it very good and attached to even higher profile productions than #The Magnificent Seven. By the time the music's popularity was achieved and recognized a year or so after the release of the movie, the assumption was that it was too late to capitalize on it by belatedly issuing an album, especially since one hadn't been prepared from the original film recordings.

After #The Magnificent Seven, Bernstein's career was made, although he took great pains to see to it that he got other projects besides more Westerns. Bernstein's work during the '60s ranged from delicate, sensitive dramas like #To Kill a Mockingbird, to such rousing adventure yarns as #The Great Escape. The latter project was not surprising since it was an action-adventure film by the same director and featuring three of the same stars as #The Magnificent Seven and resembled his score to the earlier Sturges movie and this time there was an album. His music for #The Sons of Katie Elder featured a title theme very similar to his forgotten main title theme from the series #Riverboat, but also a background accompaniment to an elegiac reading about the title character by John Wayne, and included a song by Johnny Cash. And his work as music director on #Thoroughly Modern Millie, a musical and spoof starring Julie Andrews and Mary Tyler Moore, won Bernstein his only Oscar to date.

Having come up during the tail end of the studio system, Bernstein had come to know many of his older musical colleagues, both personally and through their work, and such was his success that he was able to do something on their behalf at the beginning of the '70s. He formed his own record label, Filmusic Collection, and used it to release a series of self-financed recordings of scores that weren't otherwise available, including Miklos Rozsa's music for #The Thief of Baghdad, Bernard Herrmann's unused score for #Torn Curtain, and a more complete version of his own #To Kill a Mockingbird score than had ever been available. The '70s also saw a decline in the kind of big-budget film within which Bernstein's music seemed to work best. He did some television work, including the title music for the series #The Rookies.

In 1977, he was thrust into composing for a wholly new idiom of filmmaking when he was asked by director John Landis to score the comedy #Animal House. Bernstein had written the music for every kind of movie, from Westerns to science fiction, but had never scored a comedy. He hesitated, but Landis said that he wanted Bernstein to do exactly what he always did in scoring and, in fact, wanted the kind of big-theme, big-sound scoring that he was known for. As it turned out, the mix of his dignified music underscoring the film's physical comedy lent a deeper veneer of humor to the movie, making it seem even more satirical. #Animal House was a huge success and opened up a whole new class and variety of film to Bernstein's talents. Over the next few years, he wrote the music for such comedies as #Airplane, #Stripes, #Ghostbusters, and #Three Amigos!

At the same time, his status as the dean of living soundtrack composers opened up serious dramas and the works of major filmmakers to him in ways that they hadn't been since the '60s; there weren't too many serious, big-budget movies being made, but any producer or director who wanted a score that matched the opulence of what they saw on the screen had to look to Elmer Bernstein. He was chosen by Martin Scorsese to score his remake of the 1960 thriller #Cape Fear, for which he did a rescoring of Bernard Herrmann's original music; he also wrote new music for Scorsese's #The Age of Innocence. Bernstein also wrote the music to such high-profile films as Jim Sheridan's #The Field and Stephen Frears' #,The Grifters.

At the outset of the 21st century, Elmer Bernstein remained very busy as a composer, conductor and arranger, and he continued to devote his energy to the restoration of old film scores, making new commercial recordings of his own early works and those of other composers. He was also busy as a conductor and arranger on various commercial recordings that required his skills at coaxing a lush yet exciting sound from an orchestra. Bernstein died in his sleep on August 18, 2004 at the age of 82. ~ Bruce Eder, Rovi 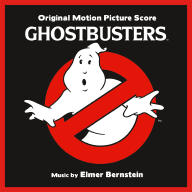 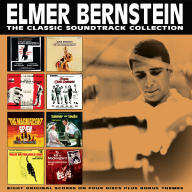 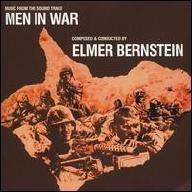 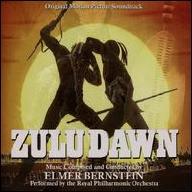 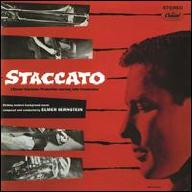 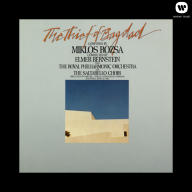 The Thief of Bagdad
Videos
Close 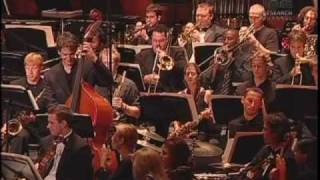 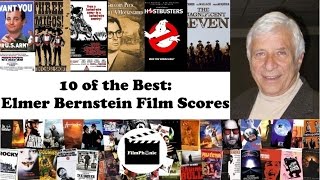 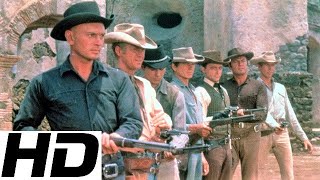 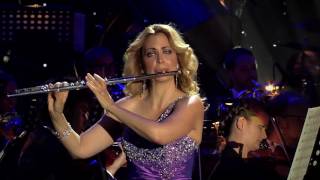 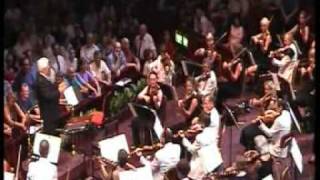 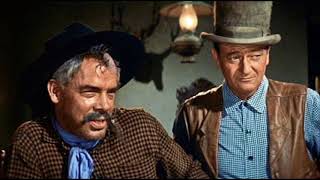 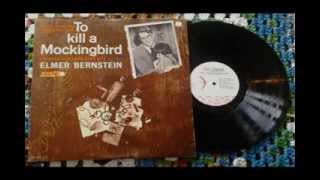