Close
Joe Castro
from Miami, AZ
August 15, 1927 (age 94)
Biography
Until the release of 2015's eight-disc box set Lush Life: A Musical Journey, pianist, composer, and bandleader Joe Castro was considered a footnote in jazz history. He issued two dates as a leader for Atlantic -- 1957's Mood Jazz and 1960's Groove Funk Soul -- and subsequently ran and recorded for the Clover label. He was co-billed as a featured guest on Sonny Rollins and Teddy Edwards' At Music Inn/At Falcon's Lair (the latter location was Castro and Doris Duke's recording studio). Eventually he departed the world of jazz to become a lounge show pianist and arranger in Las Vegas. In 1992, Duke turned over 400 hours of tapes from Clover and Falcon Lair. Teaming with Sunnyside, James Castro (Joe's son) released the eight-disc boxed compilation Lush Life: A Musical Journey in 2015, which resulted in a major reappraisal of the pianist's career as a soloist, composer, arranger, leader, and producer. A second box was released as Passion Flower (For Doris Duke) in November 2020.

Castro was born in Miami, Arizona in 1927, but his family relocated to the San Francisco Bay Area when he was an adolescent. He began playing piano at age five, and was playing professionally by 15. Upon completing army service in 1947, Castro formed the 3 Bees and a Queen combo, who played a mixture of jazz and pop tunes. On their first tour of Hawaii in 1951, he met and fell in love with billionaire tobacco heiress, philanthropist, art collector, horticulturalist, and socialite Doris Duke, then the richest woman in the world. Their budding relationship dictated his move to Los Angeles.

In 1953, Duke purchased Falcon Lair, a Beverly Hills mansion once owned by actor Rudolph Valentino. She financed a state-of-the-art recording studio; Castro invited many of his musician friends to jam there and recorded them. In 1954, Castro cut a long session at Falcon Lair with Buddy Collette and Chico Hamilton. He recorded another lengthy session in 1956 with bassist Oscar Pettiford, Zoot Sims, and Lucky Thompson. Later that year, Castro and Duke moved to New York City, where his trio successfully appeared in the city's top jazz clubs, including Basin Street and the Village Vanguard. In 1957, the year before he migrated back west to Los Angeles, Castro cut Mood Jazz for Atlantic with a large orchestra, strings, voices, and a jazz quintet. Philly Joe Jones was the session drummer; the tunes were arranged by Neal Hefti and recorded by Tom Dowd.

After returning to Los Angeles, Castro joined saxophonist Teddy Edwards' quartet; its other members included drummer Billy Higgins and bassist Leroy Vinnegar. He recorded and performed extensively with the Teddy Edwards Quartet. Castro also backed vocalists Anita O'Day and June Christy. He recorded the seminal Groove Funk Soul for Atlantic in 1960 backed by the Edwards quartet. Arguably, this was the first time the word "funk" appeared in an album title. In 1961, Duke, Castro, and silent partner Duke Ellington formed the Clover label JoDo publishing company. By 1966, Clover, Falcon Lair, and JoDo all failed as the relationship between Castro and Duke disintegrated. The music that had been recorded was well preserved, but it lay dormant for decades.

After scuffling for a few years, and occasionally playing in bands led by Tony Martin, Castro relocated to Las Vegas in the early 1970s. He played in Sin City pit bands and accompanied many touring vocalists there. Eventually, he became the musical director for the Tropicana Hotel's Folies Bergere. After retiring in the late 1980s, Castro continued to perform in jazz combos in Las Vegas and California.

Duke retained ownership of the Falcon Lair and Clover recordings until 1992. She turned them over to Castro just before she passed on. The treasure trove included more than 200 reels of audio tape. Castro and son James cataloged all of the material over the next few years, and in early 2009, contacted Sunnyside about releasing sessions from Falcon Lair, Duke Farms in New Jersey, and studio sessions from small groups and large ensembles led by Castro and Edwards that were initially recorded for release on Clover.

The project was delayed by Castro's death that December. James and researcher/producer Daniel Richard dug for photos, gathered reminiscences, and transferred and mixed all of the audio material from analog tape. Further, in-depth research by Richard at Duke Libraries at Duke University and regular trips to New York and Nevada uncovered a remarkable treasure trove of unique and unheard material. These recordings provided an intriguing view of not only Castro's eclectic musical world but that of the aforementioned musicians and Stan Getz and Paul Motian. Finally released in 2015, the eight-disc Lush Life: A Musical Journey was met with universal critical and media acclaim, prompting segments on NPR and other media outlets as well as dozens of reviews and articles in jazz publications.

In 2020, Sunnyside issued Passion Flower (For Doris Duke), a six-disc box prepared and annotated by James Castro and Daniel Richard. This set's chronological focus was on the years 1955 to 1966. It included complete remastered studio sessions (with bonus material) of both of Castro's Atlantic albums, his various trio sides, and New Jersey recordings made by the Paul Bley Trio and Flo George Handy. ~ Thom Jurek, Rovi 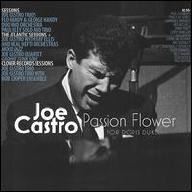 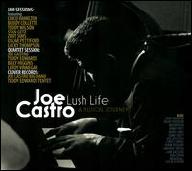 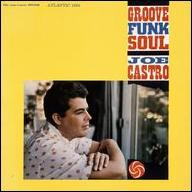 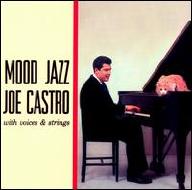 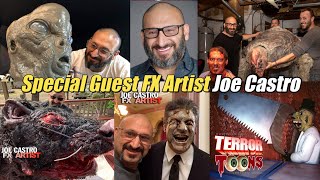 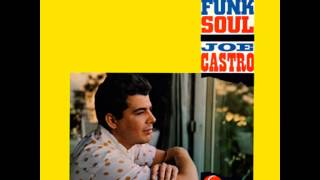 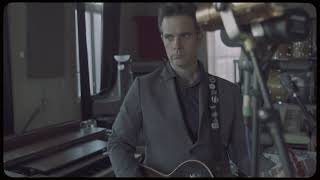 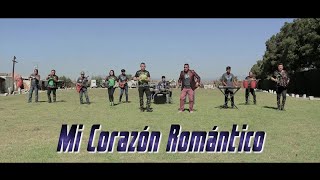 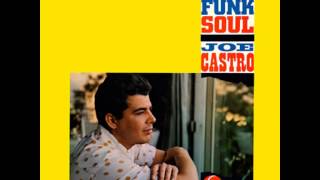 Joe Castro - Play Me The Blues 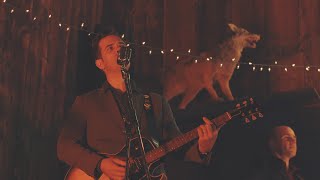 "Dont Forget About Me" / Mighty Joe Castro and the Gravamen 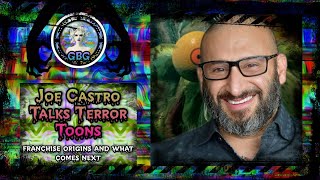